Imagining Global Futures as a Cake 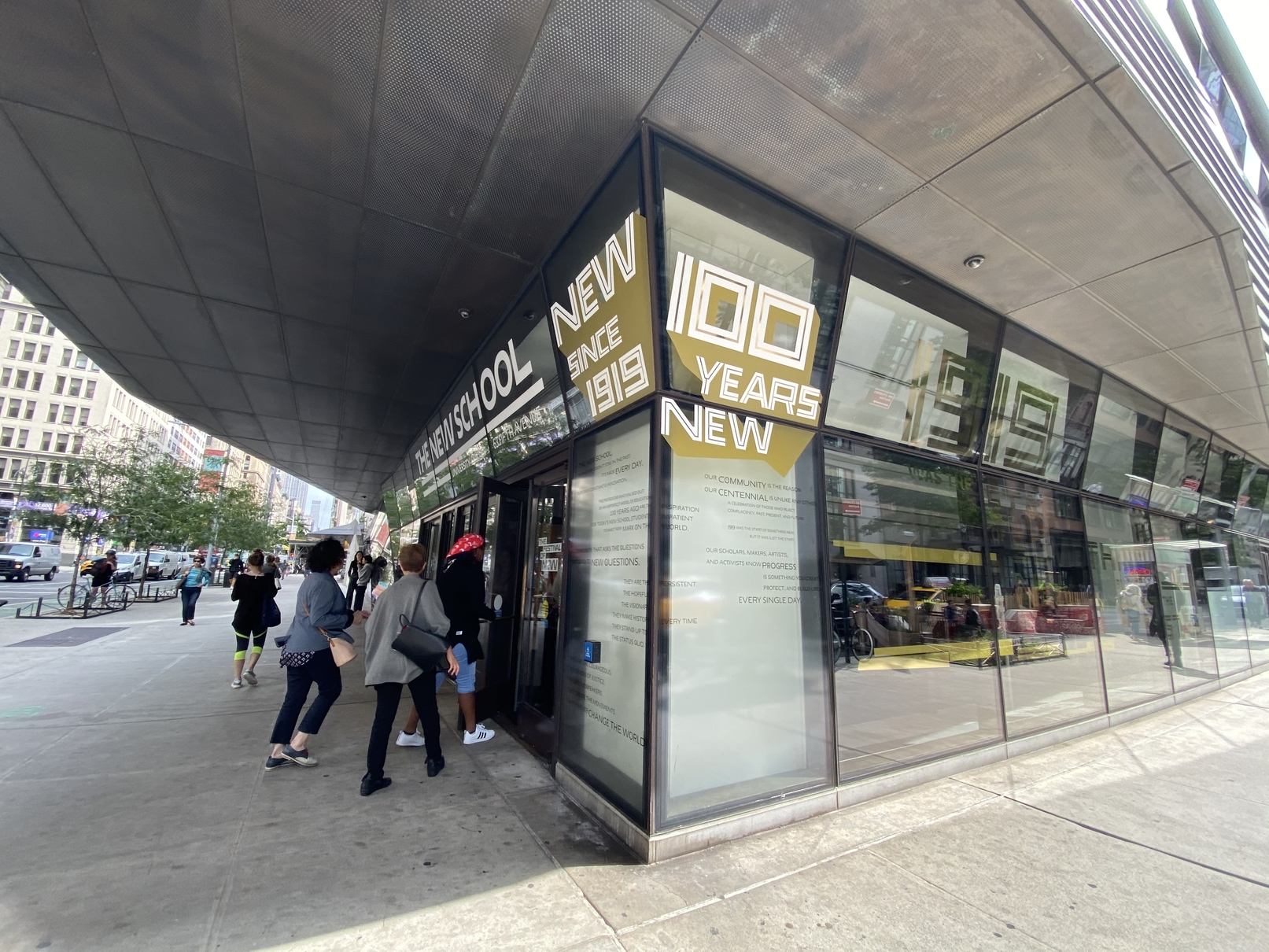 Last year, The New School celebrated a birthday. And it was a special one: its 100th anniversary. In 1919, a group of intellectuals, including the philosopher John Dewey, were frustrated by the traditionalism of American universities and founded The New School with the intention of debating and critically questioning the pressing issues of the 20th century. A century later, I had the opportunity to attend an event that addressed the main problems of this era. This event, called “Global Futures: Disruptive Technologies, Actors, Ideologies, Solidarities” has inspired me to reflect on a lot, so I have decided to write a post with some of these ideas.*

To begin with, the first thing that caught my attention was the plural of “Global Futures”. Recently, I have discovered the field of Futures Anthropology and I have realized that the plural “futures” is not only more accurate but also necessary. To speak of the future in its singular form is to fall into the determinism that there is only one future that God, destiny or luck has prepared for us. However, talking about futures allows us to see that there are thousands of possible outcomes depending on how we act in the present moment. It allows us to understand that the future is created. It allows us to imagine and distinguish between desired or undesired futures, fairer and egalitarian futures, and more catastrophic futures. That capacity for imagination is very powerful because it makes us realize the power we have to conduct it in one direction or another. And precisely what I liked most about the Global Futures event is that it allowed my imagination to go “outside the box,” to think beyond what we usually hear in the news or read in the newspapers about the close and visible reality, to imagine various possible scenarios in this century we are meant to live.

Our time is marked by inequality, the climate emergency, the threat of nuclear war, and new technologies. Far from being local or national problems, they are all global and pose a great paradox: if our world is divided into nation-states and policies are made at a national level, how will human beings face the global challenges of the 21st century?

Added to this is the fact that neoliberal globalization makes nation-states less and less powerful. It must be noted that this dismantling of the political organization of states is conscious, not innocent. After a period of democratization in the 1960s, economic forces fought back in the 1970s to model ideology, oppose democratizing tendencies, and redesign the tax system so that the rich do not have to pay more than the poor. Then, following the globalization boom that began in the 1990s, the world became increasingly controlled by the so-called 1%, an oligarchy that possesses as much wealth as the remaining 99% combined and exerts considerable (unelected) political power.

On the other hand, multilateral organizations are going through a serious crisis of legitimacy. The International Monetary Fund (IMF) and the World Bank are becoming increasingly discredited since they are perceived as servants to neoliberalism and big corporations. A recent example can be seen in the case of Ecuador, where there was a citizens’ revolt against a government willing to give in to the demands of the World Bank. Even the UN seems useless in the eyes of many people. Furthermore, there are already voices that discredit human rights for not being designed to address the problem of inequality.

With these in mind, Sakiko Fukuda-Parr, director of the Studley Graduate Programs in International Affairs, began the Global Futures discussion with the question: What kind of challenges do we face and what kind of global governance do we need to ensure a fair and sustainable future in the era of hyper-globalization?

Dena Freeman, a professor at the London School of Economics, used the “globalization trilemma” concept by economist Dani Rodrik to envision a new form of global governance.**

According to Rodrik’s theory, it is impossible to have the following three at once: 1) economic globalization, 2) political democracy and 3) national sovereignty. At most,  you can only have two of them. Taking into account the following triangle, Rodrik argues that one must choose between one of the following scenarios:

Dena Freeman invited her audience to explore this last option a little further. What would happen if we took politics and democracy and promoted it at a global level? What kind of decisions could we make with a global system of governance? What would happen if we had mechanisms of redistribution and payment of global taxes? Are we able to imagine a global welfare state? NGOs are often called the “global left”, but they are non-governmental bodies—could true “left-wing” global governance solve our problems? Dena Freeman is clear: Yes, it could. We need to build a global democracy. A global democracy would avert the tendency for the Global North to make and impose rules on the rest of the world since it would establish a system in which everyone could create them together.

Multilateralism, the UN crisis, and Bolivia as a hopeful example

H.E. Sacha Llorenti, Ambassador and Permanent Representative of Bolivia to the UN, began his talk by harshly criticizing the UN for failing to address global problems due to premeditated action by the “global oligarchy”. It is clear that this institution needs a big change. In his own words, we need to “make the United Nations great again”. However, looking back over the history of the birth of multilateral institutions, we can see that they have always been conceived after serious crises or wars. Llorenti shared his pessimism since it seems that we need another major crisis like an ecological disaster or a nuclear war to realize that we must restructure our multilateral agencies.

Some countries that have resisted the pressures of outside economic powers serve as hope for this kind of restructuring. Thirty years ago, for instance, 40% of Bolivia’s population was “extremely poor”. Today, not only has this number plummeted to 15%, but life expectancy has increased, infant mortality has been reduced, and gender inequalities have been diminished. In fact, in the last ten years, they have lowered inequality more than any other country in the Western Hemisphere. According to Llorenti, these achievements are due to Bolivia taking control of their natural resources. Thirty years ago, 82% of natural gas profits went to Shell, Repsol, and other multinationals, while Bolivia was left with only 18%. After the Bolivian government nationalized its natural resources, the percentages switched and now the main beneficiary is the Bolivian people.

The sense of urgency

Michael Cohen, Professor of International Affairs and Director of the Ph.D. Program in Public and Urban Politics at The New School, finally remarked that the real problem is how quickly global problems can be addressed. It is true that the idea of global governance is attractive, that we need new global narratives which address inequality and that multilateral agencies are renewed so that we can trust them again…but how can we do all this with the urgency with which we need to act in the face of the challenges of the 21st century?

This event left its audience with more questions than we had before, driving our imagination towards different futures, allowing us to identify which would be the most desirable one, and encouraging us to fight for it. To put it in different words, we have a cake of Global Futures; we just have to pick the best slice.

* The ideas reflected here are not in the order in which they were presented, nor do the words necessarily coincide with those used by the speakers. This article uses some of the ideas presented in the event to articulate and analyze them to the author’s liking.

**For those interested in learning more, his ideas are developed in his latest book, “Not Enough: Human Rights in an Unequal World” (2018).