Whose Child is it Anyway? 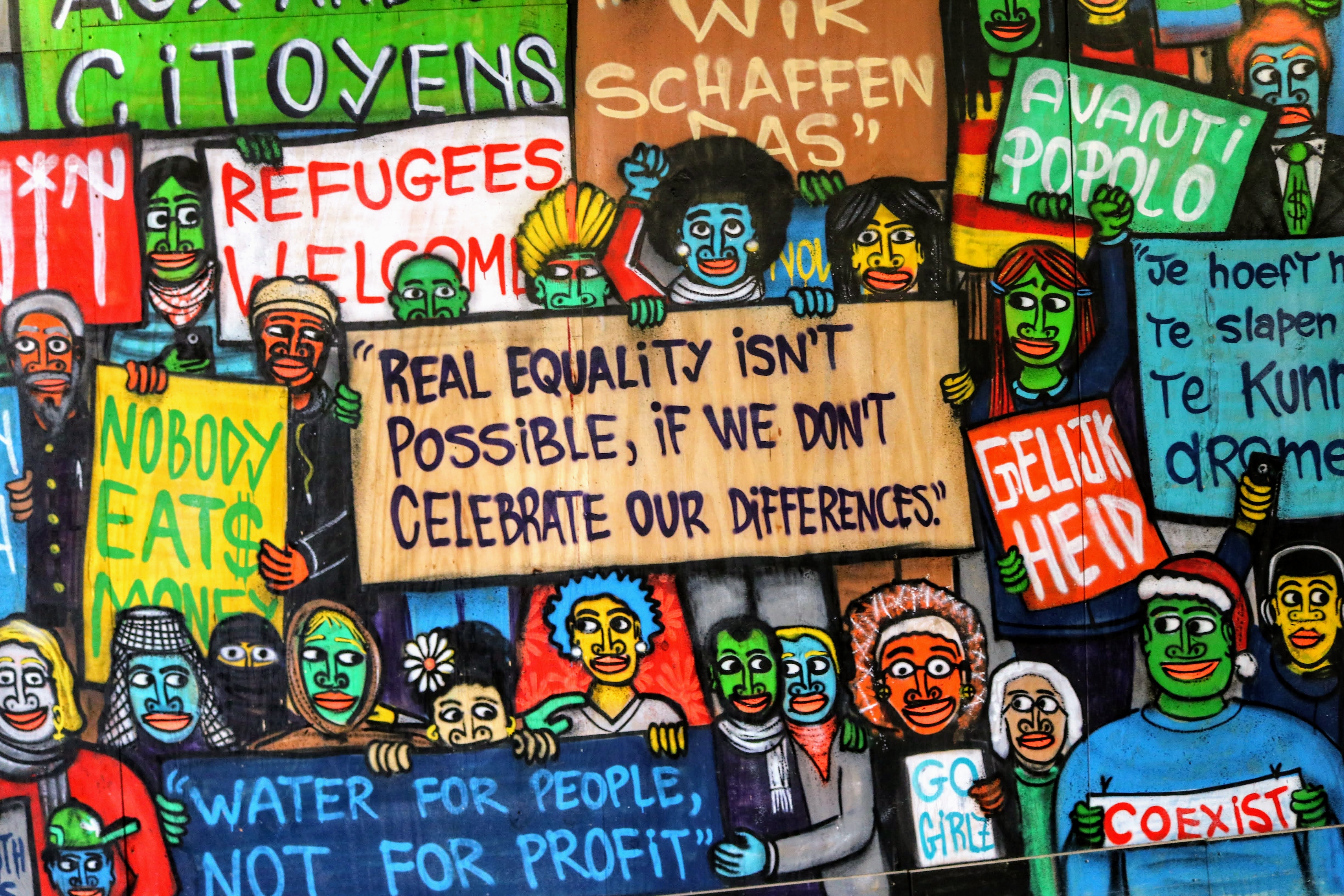 “Years later I discovered that the United States had been crossed thousands of times by frightened Black children traveling alone to their newly affluent parents in Northern cities, or back to grandmothers in Southern towns when the urban North reneged on its economic promises.”

-Maya Angelou I Know Why the Caged Bird Sings

The story of displacement can relate to each person, such as a story of simply not fitting in with a group of friends, traveling to a new town, or being surrounded by a different culture. Those times create moments of potential isolation, rejection, and lack of support. These feelings can rise into greater societal issues like conflict, discrimination, or economic disparities that leave Individuals, families, and children without support on a variety of socioeconomic scales and systems — locally, nationally, and/or internationally. Amongst these trials, Children are crossing. As we move through an imbalance of power, access, and resources, massive terrains of historical pains, distance, and diaspora embodiment are occurring.

A call for freedom.

America’s Amnesia can be selective for what, when, how, and why it chooses to remember. The American Independence of 1776 has become a yearly celebration also commonly known as The Fourth of July. This holiday is a means to commemorate “our” freedom, often with fireworks, hot dogs, families, and friends. Yet, true freedom in this country was not fulfilled for all individuals. It largely over steps Native American rights and access to the land, as well as  the freedom of enslaved people. After years of injustice, a step was made in 1863: the Emancipation Proclamation. This proclamation was passed to free enslaved people. As a step forward there was still a failure to create freedom, for notice did not come to enslaved people in Texas until nearly two and a half years after the proclamation. As a true moment to celebrate full freedom for all enslaved people this day became known as Juneteenth, a new celebration of freedom primarily celebrated by descendants of enslaved people. A day fully acknowledging the paradox of our country. A country of freedom and failure—with continued neglect for diverse people, culture, religion, gender, sex, and other identities. As we continue to progress as a country and call for freedom, the celebration and efforts remains unbalanced. Nearly 156 years after the Emancipation Proclamation, Juneteenth is only now being recognized as a holiday in states like North Carolina and Pennsylvania. The country’s inability to address its massive human rights violations is a blind spot that not only affects how we understand our past but so too our present and future.

In this reflection, it is important to highlight that 2019 marks 400 years of Inequality after the first boats of the transatlantic slave trade docked in Jamestown in 1619. Since then, the struggles faced by Black families continue. From enslavement, to “freedom”, to Jim Crow laws, to Racism, and more. With this history, today we see issues of systematic Inequalities, Gentrification and Displacement, and a large Mass Incarceration system that still threatens freedom and basic liberties. Each step of the way, Black families and Children have risen above massive barriers of personhood. We’ve climbed past each barrier in order to achieve rights to basic education, citizenship, and humanity. But we are still fighting. Fortunately, we see strides of success with states like New York and California passing laws to have autonomy over our own hair. A shameful need in 2019, yet still: progress.

Amidst this history and changing tides, children are crossing.

The plight does not stop with freedom; it begins there. As a community that has experienced the embodiment of America’s Failures, there is hope. As a community, we add a strong voice, perspective, and tremendous attributions that can push for higher grounds in Politics and International Affairs. Yet, as the American Amnesia continues, stories, voices, and efforts are lost but not forgotten. There has always been a push for change. In 1945, African American Leaders built a platform of resolutions in the years of United Nations foundation. Without the right to entry, they lobbied NAACP consultants and potential sympathetic delegations, using media, public meetings, press conferences, and telegrams to gain traction, but their voice was ultimately denied. This goes to show how US human rights and citizen access to create true change has a long history of undercutting the least of its people. Each battle a slow tick on a clock, yet the losses along the way are a shame.

The US Mexico Border.

Seeking safety, support, and beyond this, family unity. Yet ICE (Immigration and Customs Enforcement) is actively pulling immigrant families apart by gathering children and families, stripping them of basic human personhood. Across the United States, officers have taken people from their homes, places of work, and more in a system that seems to value political gain and power over person. However, we are seeing a rise in citizen support. Across social media platforms, activist groups are providing warnings, posting information of rights for individuals facing threats, and giving tips to citizens on effective allyship. These strategies are quick, supportive, and aim to build support systems as a community of people. They are reminiscent of strategies used in times of enslavement and Jim Crow South: giving warnings, supporting individuals, and building movements like the Underground Railroad and the Greenbook. These tactics and agents of change followed the call to fight for freedom for all.

Refugees, Displaced People, Immigrants – Repatriation, Resettlement, Refoulement, and Non-refoulement. These concepts are important in restructuring a nation and its international relations to create space for displaced people. In this space of language, support systems, and policy, only some gain the necessary support needed for individuals, families, and children that face harsh circumstances in political affairs.  Ultimately, many are left with pain and lack, punctuated by a failure to be granted reparations.

Amongst this, again children are crossing.

What do we tell our children? What Stories are we telling our children? Even a simple children’s story like The Little Mermaid triggered national debate when it was announced that an African American actress would play Ariel in the upcoming remake. The debate ironically occurred on The Fourth of July with social media trends such as #NotMyAriel , a debate simply based off of racist rhetoric. Yet, none of this is surprising for it sticks true to the massive paradox and Amnesia we have in America and our supposed Call for Human Rights and freedom.

So whose Child is it anyway? Whose Human Rights are we truly protecting? Today we face high rates of Inequalities, political polarization, Nationalism, and mass shootings. A challenge has presented itself amongst Dispersed People, Diasporas of People, Minorities, and Human Rights—a challenge to reframe a vision of new possibilities as people, institutions, nations, and international affairs. Yet, this analysis and call is not a new vision. It is held tight in the heart of many underrepresented people. International Affairs must shift to outline and create new strategies, policies, and frameworks. It can be done like the History of Sugarland, Maryland and Tulsa, Oklahoma—re-establishing communities after being previously enslaved. Diasporas of People have the story, insight, and strategies of survival to create something new. Whether acknowledged or not, the child of these communities prevail and will have something to say. Voices that have the embodiment of the loss gained from local, national, and international failures. Therefore, a reframing needs to be created and can be created – an International voice of unity and allyship amongst minorities and diasporas offering more to the International relations community beyond borders.

Our Children are Calling for more.

It is time to shift.