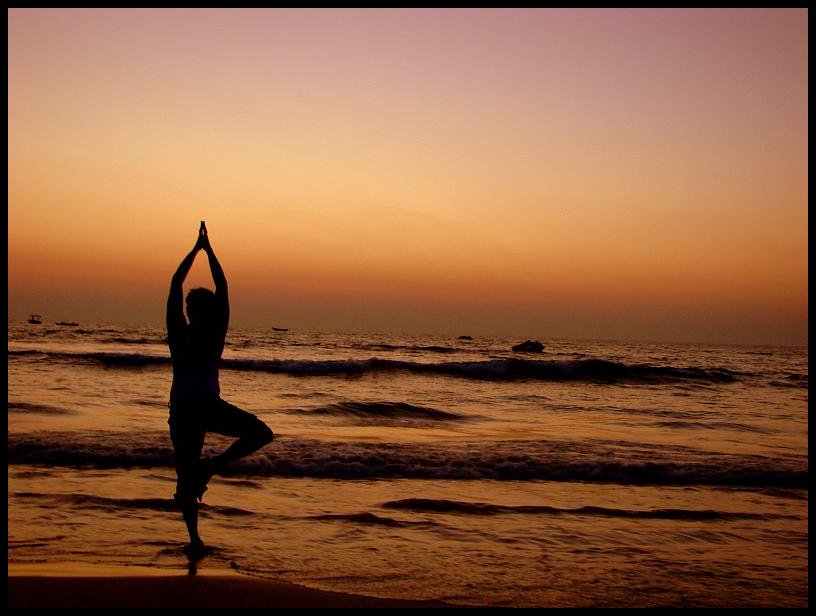 I recently came across the Africa Yoga Project, a non-profit organization that introduced yoga to Kenyan slums seven years ago. According to their website, the Africa Yoga Project provides employment opportunities by training Kenyans to be yoga instructors, who then teach in various communities in Kenya, including prisons and HIV/AIDS support groups.

For more than a decade now, the popularity of yoga has skyrocketed in the Western world. A practice that originally began in India seems to have taken over and become fairly mainstream, particularly on the United States’ East and West Coasts. You’d be hard-pressed to find someone here who hasn’t heard of yoga. And with the steady stream of Western cultural practices traveling to the developing world via international development organizations, it was only a matter of time before yoga made its way to Africa.

For a long time, I’ve lamented the way Western yoga emphasizes the physical aspects of yoga, making the mental and spiritual benefits secondary. For example, American yoga is often more akin to a type of fitness, designed to increase physical strength and flexibility, rather than a moving meditation that can bring awareness to inner silence and mental flexibility. As both a facilitator of weekly Mindfulness Meditation sessions and a graduate student studying international affairs, I take a special interest in organizations that combine two of my passions.

Similarly, I have a natural aversion to Western organizations that impose Western values, instead of just aid, and I’ve always had an inner conflict between my desire for a career that helps relieve suffering in areas of need and yet doesn’t impose my belief system in the process. For this reason, Western organizations claiming to bring yoga to Africa raised many initial suspicions for me. What type yoga do they teach and who is teaching it? How is it introduced? Are the Kenyans open to receiving it? Then, the inevitable question — if it is employing the chronically unemployed and helping to break cycles of poverty, then does any of that matter?

Eventually, someone will draw a parallel between missionaries and the new wave of practices like yoga spreading across the globe. This is an extreme comparison of course. Spreading yoga is inherently dissimilar to the gruesome nature in which Christianity was introduced to many parts of the world, especially when considering the emphasis on economic advancement and sustainability that many organizations, like the Africa Yoga Project, ostensibly advocate.

Despite my hesitations, I do think the global knowledge sharing of Eastern philosophical practices, like yoga and meditation, is worth exploring. I obviously don’t have definitive data on this topic, but remain a very interested observer eager to evaluate its impact. Stay tuned.

1 thought on “Yoga Comes to Africa”