ABOUNADDARA: The Right to the Image 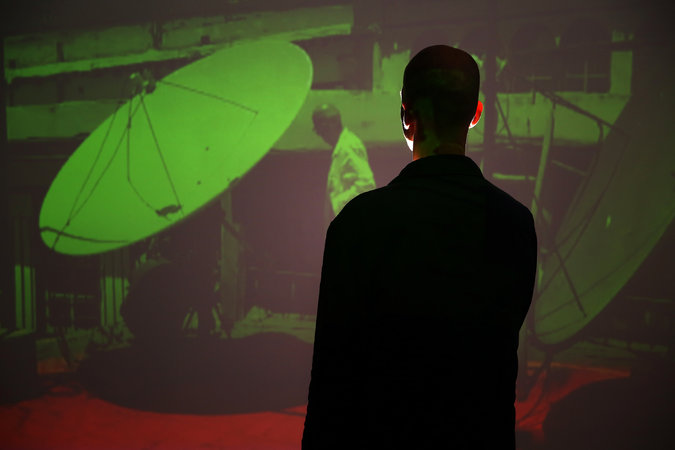 What is a revolution? If you ask Charif Kiwan, the exiled Syrian and one of three named members of Abounaddara, he would answer that, in the case of Syria, it is a demand for dignity.

Abounadarra is an anonymous collective of self-taught and self-funded Syrian filmmakers, who since 2010, have been on a mission to “…make films that reflected all of Syrian civil society…” and to tell “the stories of ordinary men and women, of workers and artisans” (Kiwan). They release a short video every Friday on their Facebook page via Vimeo, documenting ordinary life in nascent revolutionary Syria.

The subjects that Abounadarra portrays are ordinary citizens approached in different scenarios by a host of dispersed filmmakers and citizen journalists, some of whom are affiliated with the group and others who simply contribute to the work. Abounaddara deliberately removes context from most of their videos, choosing to use their art as a way to redefine Syrians as a community of individuals, rather than allowing the viewer to classify their subject as a part of any sect or affiliation. In an attempt to simply reflect the community back to itself (and to the wider community of viewers), many different opinions are depicted – both supporters of the regime and of the Free Syria Army, Syrians of different religions and social strata, men, women and children. Not all videos are shot in Syria, although all subjects are Syrians.

During a recent conference at The New School in New York honoring their work as recipients of the Vera List Centre Prize for Art and Politics, Kiwan elaborated, “we attempt to translate the word ‘dignity’ into film… by obliging the viewer to see the Syrians as people… When you suppress the humanity of people, you accept their death… Resistance (to us) means showing the face of the people.”

If there is a politics driving the work of Abounadarra, it is the politics of representation. In one of the more powerful exchanges during the New School conference, Kiwan reframed the media depiction of the Syrian revolution as a battle for self-representation. Abounaddara’s portraiture of Syrians as ordinary people living through an extraordinary time, with all the complexities of the moment represented on film, is a deliberate contrast to the ‘undignified’ representation of their countrymen as either passive victims or fanatic savages; targets of brutality or purveyors of death. As Kiwan shared,“We want to address the injustice of the images circulating in the dominant media; the indignity of the images of Syrians as victims, dead and mutilated, or shouting, angry, in the streets. But, always, we see the criminal Bashar al-Assad in a suit, composed and dignified.”

It is the belief of Abounadarra that this imagery has desensitized the international community to the plight of Syrian civilians. In turn, they contend that these images have empowered the Assad regime, as well as the Islamic State, both of which have a clear idea of the politics of image that they would like to impose.

Abounadarra ‘s deeply held belief is that there is an inherent ethical responsibility of ‘image makers’ and professional journalists to shun the ‘spectacle of abasement’– the disseminating of horrific images of people suffering in war as an instrument of ‘the pornography of suffering’ (as phrased by Simon Cottle and David Nolan) or journalistic voyeurism disguised as reporting – has led them to be campaigners for the recognition of a new human right – the right to the image.

Abounadarra is strongly critical of the use of images pulled from social media, despite understanding the plight of the news journalists who are restricted from entering Syria. They have implored the mainstream media to engage in the practice of informing without the need to disrespect the human dignity of Syrians, reminding them that no images of dead victims were televised in the aftermath of the attacks on the United States of September 11, 2001.

Abounaddara represents a brave and bold endeavor by these independent Syrian filmmakers to define for themselves how to be represented. In challenging the international dominant media to re-think their use of the images of the marginalized, the victimized and those surviving humanitarian crises, they claim to be standing up for the rights of not just ordinary Syrians, but also on behalf of humanity. In their declared purpose as an alternative imagining of Syrian society during the revolution and creators of a new portrait of the Syrian civil war, as seen through the eyes of the average Syrian, they are directly challenging the dominant media.

Despite ongoing questions about what a right to the image would mean, it is hard to argue that the conversation about the media representation of people in crises is unnecessary. Victims of tragedy are almost always afforded dignified representation when they are from the West. Surely this is an implicit recognition by the dominant western media that, even if informally, a right to respectful and dignified media representation is significant and respected, albeit non-uniformly. Perhaps, Abounaddara is simply calling for Syrians to have the right already afforded to others: to be respected