An Exit Strategy for Palestine 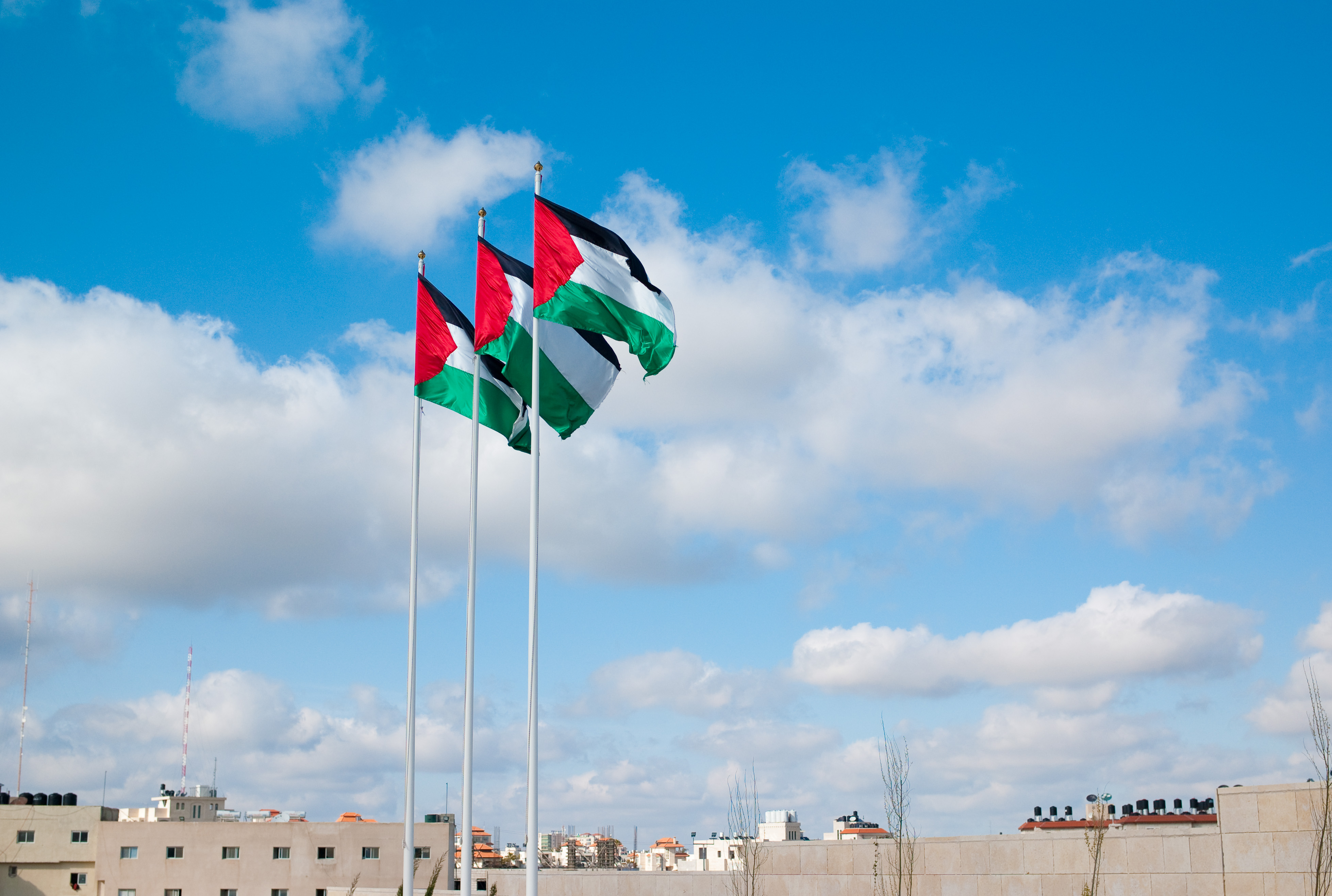 As the Syrian refugee crisis unfolds, let’s to turn our attention to another group of refugees – the Palestinian refugees.

When asked how she would describe her life, Salwa Ahmed summarizes it in three words: “A refugee-camp life.” She was born in a camp in Iraq after her family fled Palestine as a result of the Arab-Israeli war from 1947 to 1949. In her mid-thirties, she would become a refugee again – this time in the Yarmouk camp in Syria. But, shortly after she restored her life, Salwa would find herself within the refugees’ crowds trying to escape the Assadi’s regime after the civil uprising in 2011. The next journey would be Turkey.

“Nowhere to Flee” – a report of Human Rights Watch could best describe the perilous situation of the currently 7.1 million Palestinian refugees and internally displaced persons, mostly concentrated in the Middle East region (BADIL, 2010). In Lebanon, Palestinian refugees are subjects of discrimination and restriction policies (Roberts; 2010-9); in Jordan, they are not allowed to work in government offices and banks (Khaled Muhammed 2009; 227-228); in Iraq, out of the UNRWA’s mandate of operations, Palestinians have been a deliberated target of violence, harassment, and evictions under the suspicions that they cooperated with Saddam’s regime (HRW, 2006, 2014). In almost all Western countries meanwhile, the Palestinian refugees’ claims are treated in the same way as those of other refugees – based on individual basis – as prescribed in Article 1A.2 of the 1951 Geneva Convention, thus violating the UN resolutions which acknowledge the Palestinian refugees’ unique status as a group of people (Akram 2002b, 36-51).

The Palestinian refugee issue has been a central feature of the entire conflict between Israelis and Palestinians, and is treated as an inseparable issue with that of self-determination. Yet, it presents only one side of the story. Disputes over territory, the status of Jerusalem and the Israeli’s illegal settlements account for the main causes of conflict. The peace process has been underway for around thirty years now, initially mediated by the United States, and currently by the Quartet – comprised of the UN, US, EU, and Russia – but with no result since parties could not find a solution on the main open issues. The Security Council, on the other hand, has consequently failed to bring a resolution mainly because the US has historically protected Israeli interests in the Council. Not, surprisingly! The latest EU sponsored draft-resolution submitted in December 2014, met the same fate – the US vetoed it saying that, “any solution must be reached through negotiations by taking into consideration the Israeli’s concerns.”

Well, negotiations have been ongoing at least since the early 1990s. The last round, the Kerry-led talks incepted in late 2013, had expired with no agreement; they have resumed after the end of the Israeli’s Operation of Protection Edge in August 2014, as a result of which 2,251 Palestinians were killed, and 11,231 injured, including six civilians and 67 Israeli soldiers. Nevertheless, no discussions are taking place so far. And, there are no signals that the process will be re-launched, “as soon as possible”, as the Quartet required, since the Palestinian Authority has determined that there will be no negotiations unless Israel fulfills its obligations as stipulated in the Oslo Accords, and other subsequent agreements, such as accepting the principle of two-state solution within the 1967 borders, halting the settlement expansion, and releasing the fourth batch of prisoners incarcerated before Oslo accords.

Israel, from its side, as Prime Minister Netanyahu said, has been willing “to return to the talks in order to reach the two-state solution”, but two recent developments – the Palestinian Authority’s submission of war crime evidence against Israel to the ICC, and the Vatican treaty with the State of Palestine, are seen as further complications to the peace talks. The process has come to a dead end. Israel does not accept a solution based on the pre-1967 borders; it is unwilling to accept the rights of Palestinian refugees to return in their land; it continues with restrictions in Area C, as a result of which the Palestinian economy loses around $3.4 billion annually, as a World Bank report suggested in 2013; Israel refused to release the pre-Oslo prisoners, and most importantly, it continued with settlements expansion even in 2015 disregarding the UNGA Resolution 68/15 calling to immediately freezing the construction process.

Reintroduced in 1967, the number of Israeli’s illegal settlements has increased from 995 in 1992 to 520,000 in 2012 (SIDA, 2014) forcing many Palestinians to flee their homes due the settlers’ violence. As the UN-Secretary General reported in 2014, settler violence remained high resulting in one Palestinian being killed and 155 Palestinians, including 38 children, injured (UNSG, 2014). Illegal under international law, Israeli’s settlements have also weakened the Palestinian economy by creating deep inequalities among local populations – while the Palestinians’ living conditions deteriorated, the growth rate of the settlers doubled, even in relation with the overall Israeli population (World Bank, 2008).

In this situation, what the Quartet should immediately do is to find an exit strategy by bringing the parties back to the negotiation table in order to achieve the two-state solution within the 1967 borders – a framework that serves as the guiding principle reaffirmed by the UNGA Resolution 68/15. The Quartet, as France suggested, should be expanded – the Quartet plus- by including the Arab League, as well. The US should shift its position by taking the leading role, and pressuring Israel to accept the Palestinian demands. And, once the Quartet Plus is agreed with a solution that is acceptable for the Israelis and Palestinians, the Palestinian issue should then be returned to its origin – the UN – not only because its existence is a direct result of the UN Resolution on Partition 181 (1947), but also because the peace accords supported by this body, as a UNDP study suggests, produce better and sustainable outcomes (UNDP& BCPR, 2008).

Currently, the Security Council decisions on Israel/Palestine are negotiated outside of New York, on capital levels, and any outcome’s fate, as a Council report says, lies ultimately with the US which has historically used its veto to protect Israeli interests in this body. One option for the Council at this time is to revisit the idea of adopting a resolution outlining parameters for a final agreement, an initiative that has been brewing behind the scene among some members. Another option is to explore other Council outcomes that could advance prospects for a negotiated settlement, such as a resolution condemning Israel’s settlements which remains a key impediment to achieving a two-state solution. In any case, if the Security Council is unable or unwilling to endorse a resolution, then by recognizing its failure to maintain international peace and security, it should delegate this responsibility to the General Assembly.

Otherwise, the conflict in Palestine, as France recently warned, can explode at any moment, since ISIS and other radical groups, might use Palestine as a pretext for violence. In fact, earlier this year, ISIS militants took the control over the Yarmouk camp in Syria that serves as the main shelter for tens of thousands of Palestinian refugees- to resisting bombardments by the Syrian army as well as attacks from militias.

Sebahate wrote this op-ed as part of her participation in the United Nations Summer Study (UNSS).  For more information, please visit http://www.newschool.edu/united-nations-summer-study/ or write to UNstudy@newschool.edu.