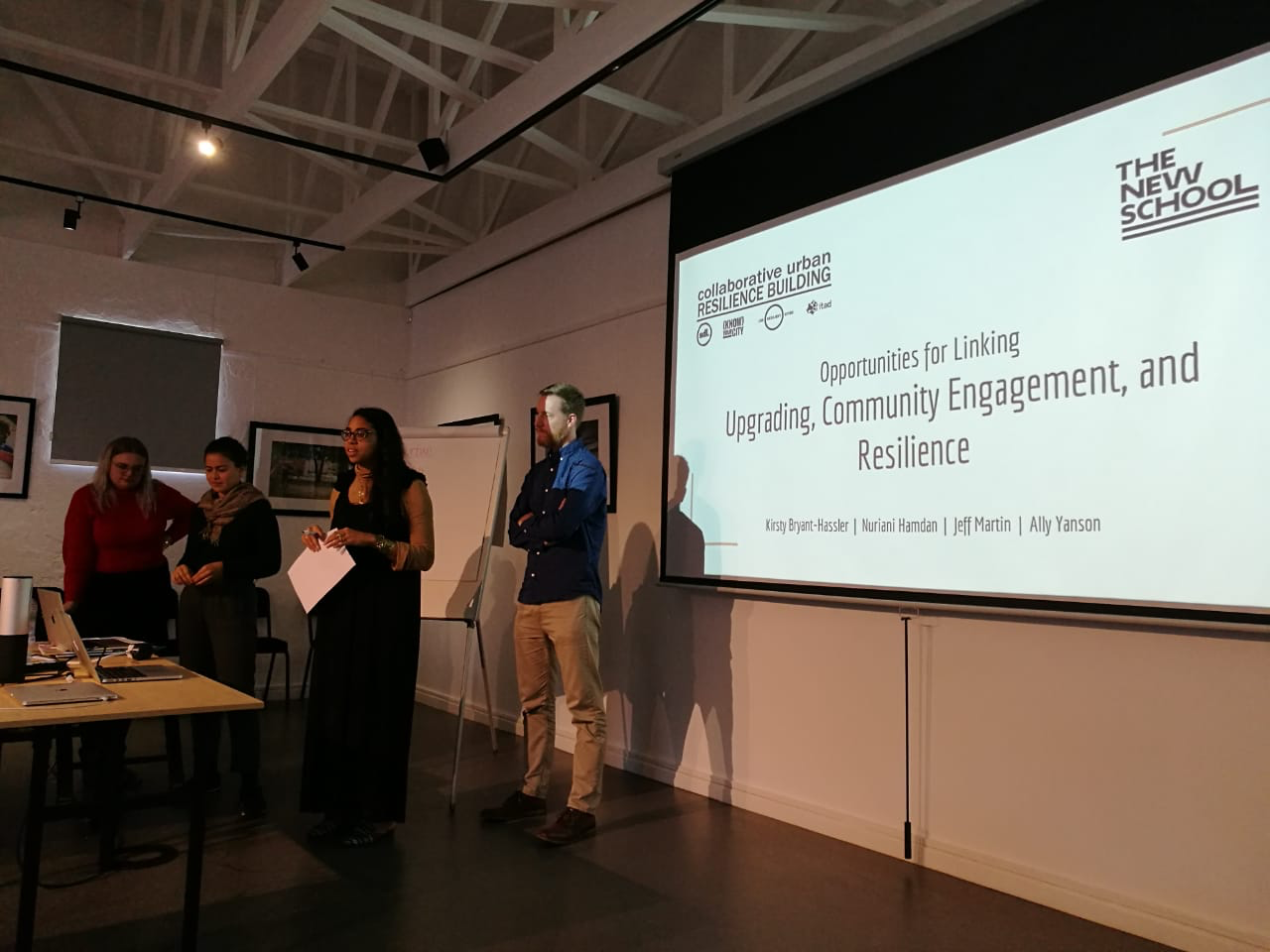 Traveling to South Africa had been a dream of mine since childhood. I wanted to study abroad during undergrad, but due to my double-major course load it was not feasible. The most exciting aspect of my time at GPIA was participating in the IFP. I only applied to one graduate program, and the IFP experience was one of the solidifying aspects that drew me to The New School. Working full-time during my time at GPIA, and completing the program over three and half years, I was able to really hone in on courses that would prepare me for coming to South Africa, and where I wanted this program to take me.

Before being accepted into the South Africa IFP, I was unaware of SDI (Slum Dwellers International) and the international work they did focusing on the urban poor. During the IFP, we were integrated into all innovative aspects that separate SDI from other international organizations, from meetings in the community to research connecting various urban stakeholders to participating in exchanges. This unique approach to programming engages different SDI participating cities and communities to engage on cross-over issues such as savings, and upgrading efforts – bringing together community leaders, government officials and support professionals.

As part of the IFP, I had the opportunity to work on South Africa Team, focusing on Informal Settlement Upgrading and Resilience Building. Our team of four worked under GPIA alum Skye Dobson, the current Director of Learning, Monitoring & Evaluation for the SDI Secretariat. As part of our time with SDI, our research focused on analyzing Cape Town and Durban specifically, unpacking their resilience strategies addressing climate change and upgrading related to the SDI strategic plan. One of the projects that directly assisted the South Africa support NGO to prepare to meet  with the Chief Resilience Officer of Cape Town was research we conducted on comparing the data collected by SA SDI Alliance enumeration teams, then published by the Human Settlements department. Using the data, we pulled out the Western Cape National Standards and coverage presented by the IDP (Integrated Development Plan) 2017-2022. We highlighted the inconsistencies, and stark contrasts of what was perceived to be standards met, through the work done by the communities, and identified the lack of adequate service delivery within the Informal Settlements as promised in the Constitution. 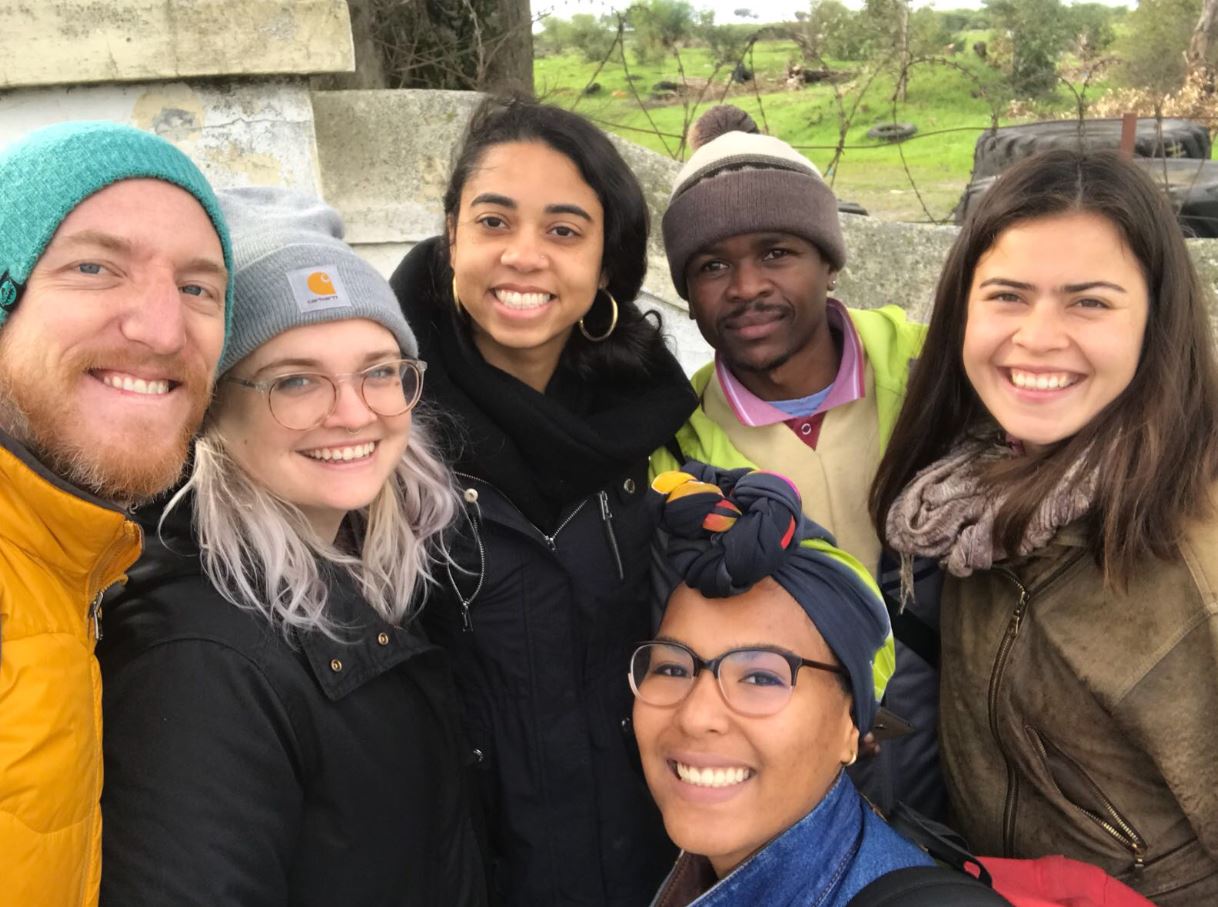 Michael Cohen, my advisor at GPIA, had the foresight I often lacked and encouraged me to extend my time in Cape Town. Before arriving, in my last semester on campus, I had begun research on my thesis focused on the clothing industry in South Africa, merging my interests with fashion, communities, and social justice. Within my first few weeks in Cape Town, I changed my topic after spending time with community members of Vusi Nsuntsha. The Vusi Nsuntsha project started over twenty years ago, and they are engaging with Province to create a partnership to develop housing for Vusi members. In using Vusi as a case study, I was drawn to the model created at SDI, and the struggles to impact change within this post-apartheid context. My thesis, while still being developed, will focus on Vusi, and their twenty year struggle to secure housing. The community is in the process of partnering with Provincial government, which has the ability to set a powerful precedent in South Africa, and around the world. The IFP and SDI has given me the space and access to develop my thesis, while assisting the Vusi project, and participating in city dialogues on inclusion and development.