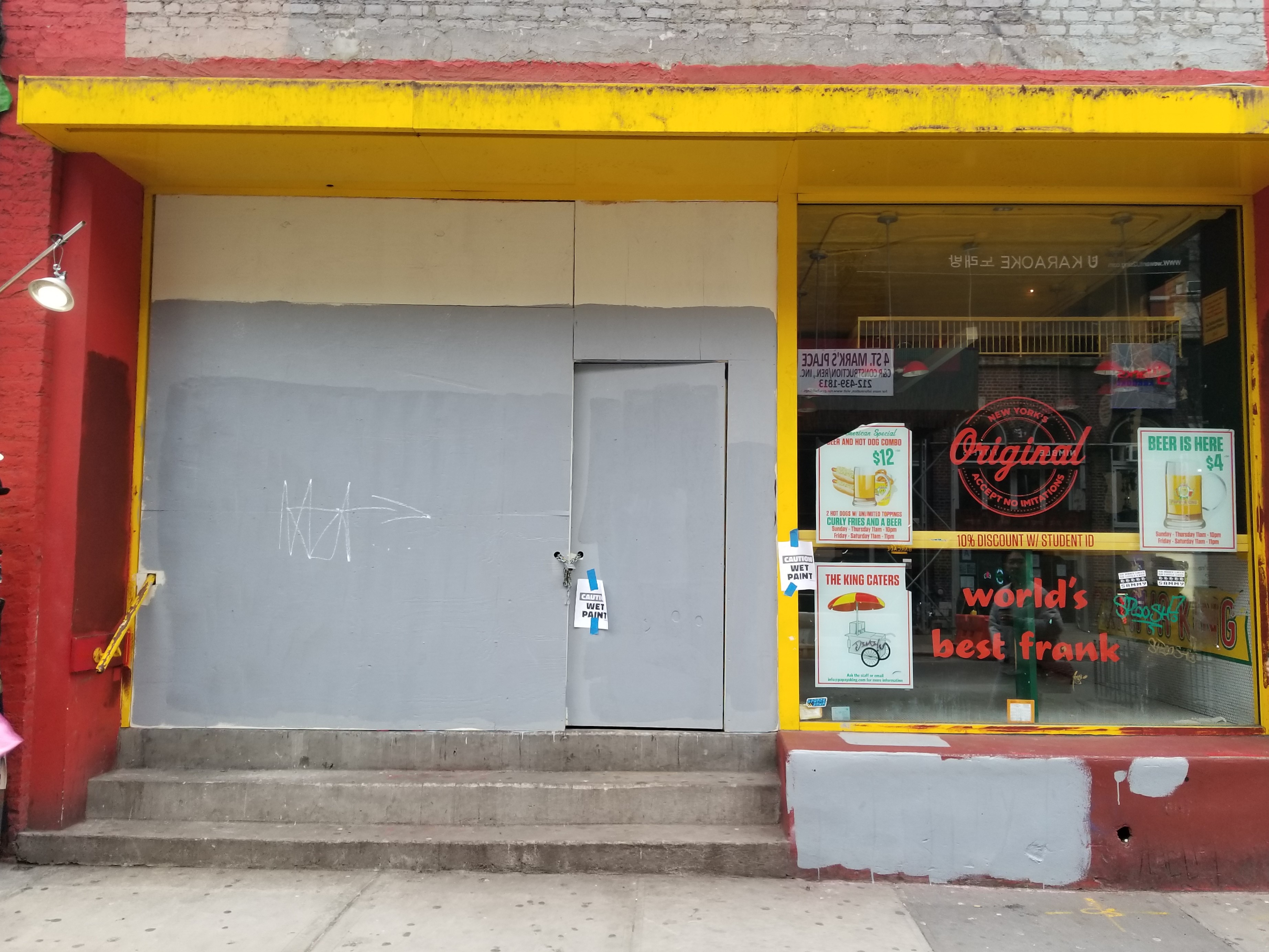 I spent my adolescence on the streets of the East Village experiencing its unique and diverse punk subculture. At the heart of the neighborhood and this culture was its small businesses. Tattoo shops, pizzerias, second-hand clothing, and low-budget music shops were the staples of my youth. The East Village was the mainstay for cultural movements like the beatniks in the 1950’s, the hippies in the 1960’s and 1970’s, and the punks from the 1970’s onwards.

In 2010, I left the city to enlist in the U.S. Army. I moved back home after seven years to learn that the heart of the East Village I knew had faded and that it had become something else entirely. Local small businesses like Saint Mark’s Sounds, Mark’s Burgers, and The East Village Tavern are among the local mainstays that have closed due to high rent. Apartments, office spaces, or vacant lots now stand where many beloved stores once thrived. Trash and Vaudeville, the famed rock and roll clothing store, reportedly moved from its Saint Mark’s Place location a few blocks down because the shop’s landlord upped the rent. 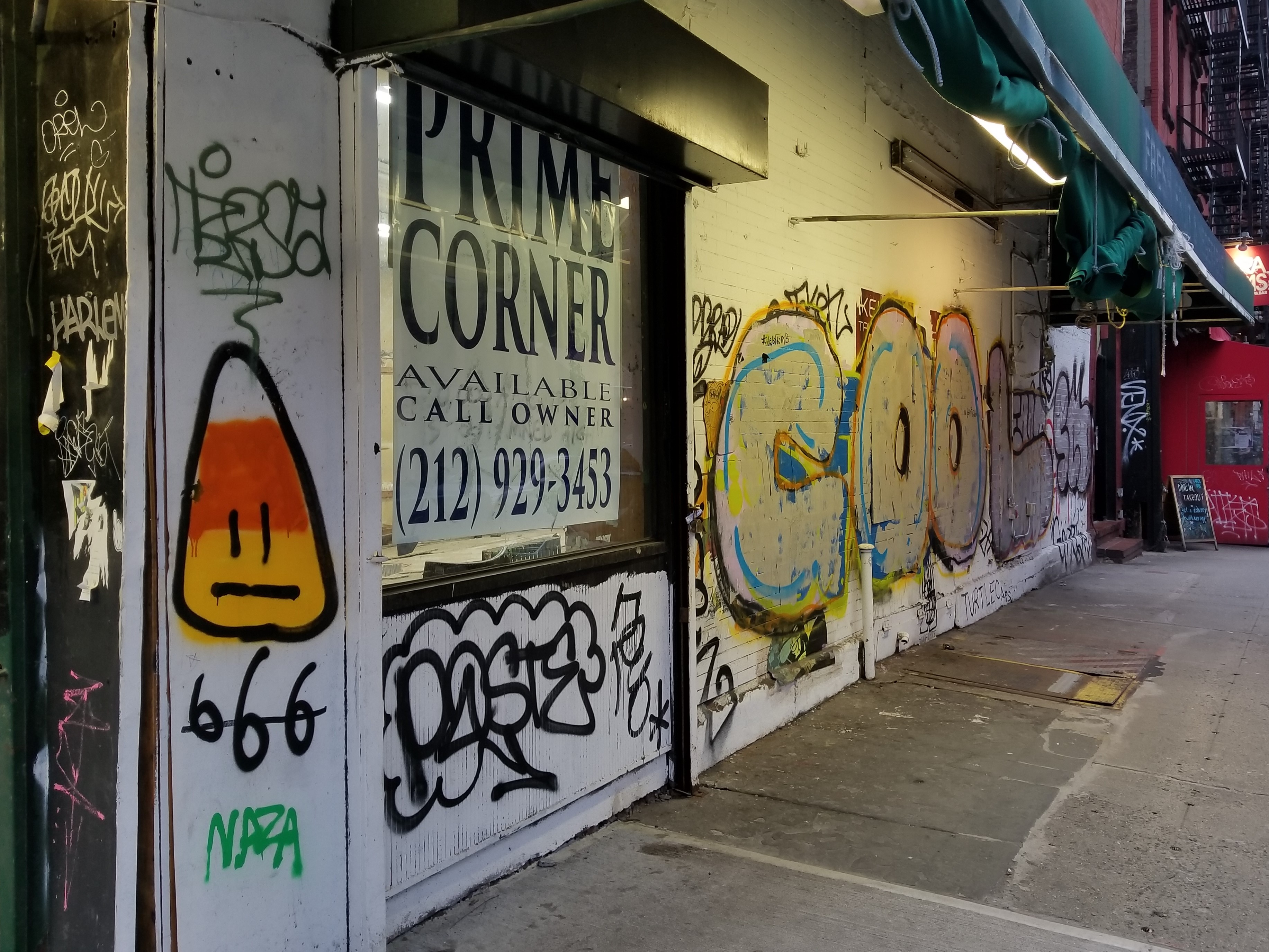 The reason for these changes to the neighborhood, and too much of New York City, is the subject of much debate. Some point to competition from big, online businesses like Amazon while others blame high commercial rent. The city’s response has been a 2018 Commercial Rent Tax (CRT) amendment that will raise the annual commercial rent minimum from $250,000 to $500,000 for certain businesses that earn $5 million or more—rather than confront the underlying problem: gentrification. By raising the rent, landlords are allowing big businesses and other wealthy commercial entities to establish their stores in low-income areas. Mom-and-Pop shops are then put-out because of competition or because landlords realize the profit to be made by larger-income businesses and raise the rent to the point at which commercial tenants can no longer afford their business.

Recently, I went–armed with my camera–back to the neighborhood and walked my usual route down Saint Mark’s Place towards Alphabet City and the Lower East Side. I found my favorite spots replaced by closed fast food joints, empty scaffolding, and little indication that some of these small businesses ever existed. The area spanning E. 14th and E. Houston streets between 3rd Avenue and Avenue A now embodies an almost cultureless neighborhood. The live, upbeat atmosphere that many small businesses once brought to the East Village is what attracted so many people here in the first place. The East Village was a center for grassroots social and cultural movements led by CBGB’s, Basquiat, and many more artistic giants and institutions. Now, big business owners and commercial developers are exploiting the East Village and severing the connection between the area and its community by trading quality and culture for profit. There is an array of leftover storefronts and a diminishing resemblance of its Italian, Jewish, German, Irish, Puerto Rican, Polish, Ukrainian, and Russian history. The area consists of mostly bars and restaurants and few big chains like 7-Eleven, McDonald’s, and Dunkin’ Donuts to add some commercial diversity to the area. After four hours and over 250 photos of closed small businesses, I was no closer to finding out why so many small businesses have closed. That is, until I came across the local community board and spoke to a representative about my concerns. 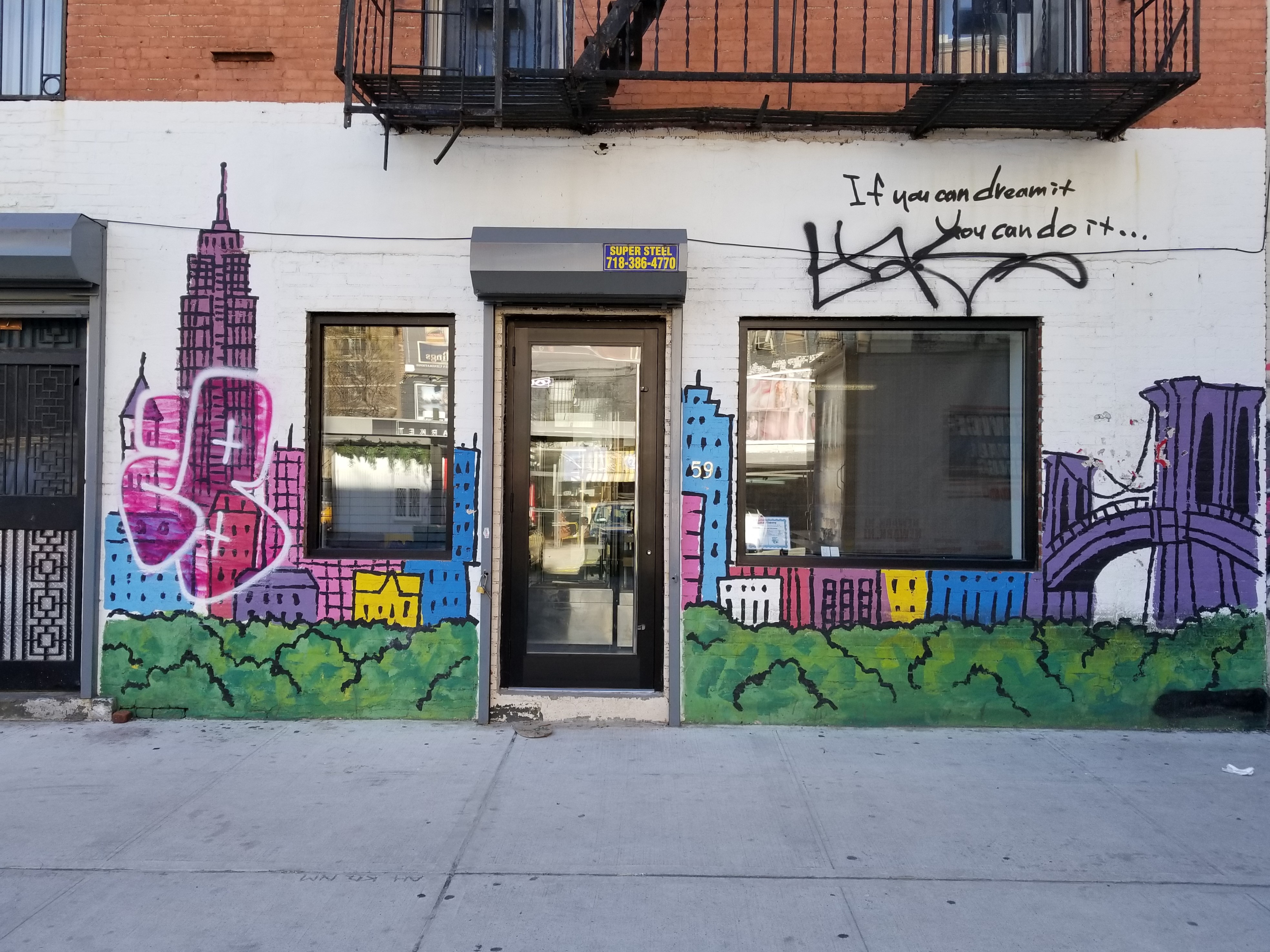 I mentioned that I was a student at The New School, interested in learning more about what the East Village has turned into and why it happened. I was concerned about the disappearance of many small businesses in the area and asserted that gentrification was the cause. I learned that gentrification was raising the rent and undeniably crippling small businesses in the East Village—among other areas of the city. How many businesses suffered the effects of gentrification, however, was not clear. The community board representative mentioned the possibility of compiling a list of closed businesses. The explanation for this gap in knowledge was that so many storefronts looked abandoned, it was difficult if not impossible to get accurate numbers of affected shops. I also found out that the fight for small businesses has been an ongoing battle for some time and that the CRT was not the solution. A better solution may be to allow small business owners who operates the brick and mortar to control the fate of their own store and to stop allowing landlords to put them out because they want more profit. After all, small businesses make up 99 percent of all New York City businesses.

If City Council does not want to approach gentrification as the problem, politicians should approve something like the proposed Small Business Jobs Survival Act, which would provide small business owners with a 10-year rent stabilization, the ability to negotiate fair rent, and prevent tenants from paying property tax. Alternatively, the city can admit that gentrification is the problem by limiting the types and sizes of businesses that can operate storefronts in the area and refusing to allow office buildings in the area. Another option is to create a commercial rent freeze for small business owners.

The issue is not that I can’t get a pepperoni slice at Three of Cups Pizza on First Avenue anymore. In the same way that the influx of yuppies from downtown caused the rent in the East Village to go up for tenants in the 1980’s, the influx of big business today is allowing landlords to increase commercial rent without concern for small businesses. Landlords see the potential for higher profits if they rent out to big businesses. The result of this is that the East Village is changing drastically and its culture is quickly diminishing with the loss of so many small businesses.

Small businesses are the lifeblood of New York City and the best action its government is taking is to reduce taxes for some small businesses. But if you’re a small business owner and you’re well off enough to fit into the Commercial Rent Tax (CRT) bracket, you can be at risk of losing your store and being replaced by big business due to rising rents. If the city can preserve the historical houses of the early 19th century elites and allow homeowners to ask for increasingly unreasonable rent, then they should be able to preserve the small businesses and culture of the East Village which have turned the area into a globally-sought after experience.

Anthony Tetro is a U.S. Army combat veteran, a current GPIA student at The New School, and a ROTC cadet at Fordham University. Anthony enjoys traveling with his wife, running, and volunteering with his community.