Mitrovica: A City Frozen in Time 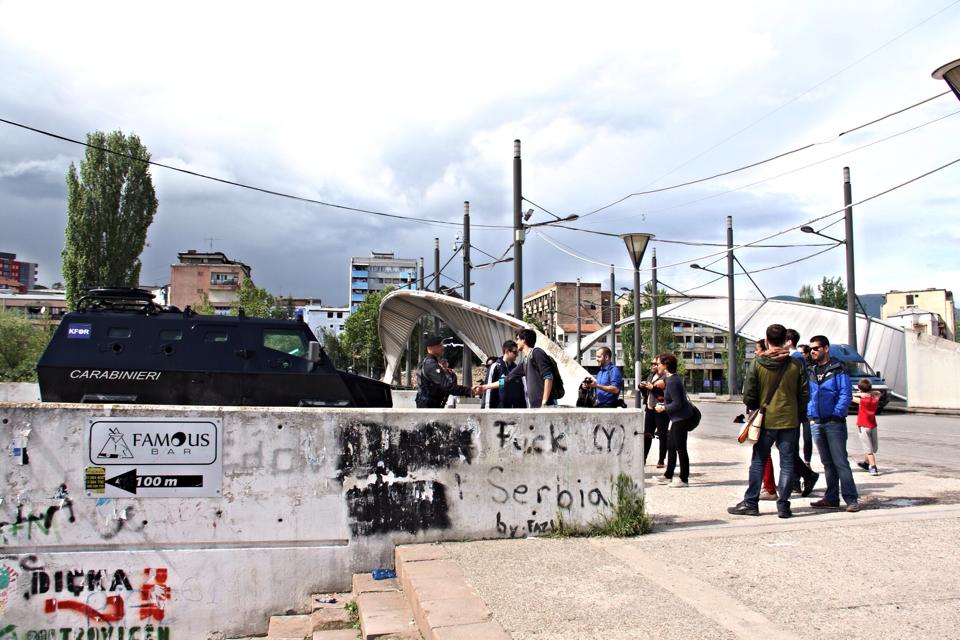 The city of Mitrovica in Northern Kosovo has long been a flash point for ethnic conflict. The Ibar river runs through the center, dividing the primarily ethnic Albanian population in South Mitrovica from the primarily Serb populated North. A bridge over the Ibar, is the primary connection between North and South. During the 1999 war in Kosovo, the bridge and much of the southern part of the city was destroyed. Since then the south has been rebuilt with help from Western reconstruction funds. The North has staunchly refused to recognize Kosovo, and today continues to operate independently, a sort of mini Serbia with parallel institutions disconnected from the Kosovo state, using the Serbian dinar rather than the Euro.
In 2011, in the midst of nationwide tensions, Serbs blockaded many of the roads in Northern Kosovo leading to the Serbian border. Around the same time gravel was dumped on the North side of the bridge blocking vehicle traffic. A tense peace has remained since. Today, Italian and French KFOR peacekeepers stand watch twenty four hours a day. Though there is nothing to stop people from crossing the bridge on foot, it is considered dangerous and rarely done by those who live on ether side.

To walk over the bridge from South Mitrovica a few meters into the North is to walk into a place seemingly stuck in time. Aging Socialist-era buildings sag on either side of the main street stand in stark contrast to new buildings in the rebuilt South. Children kick a soccer ball around a small concrete square. There is no sense of danger, but everywhere there is a sense of resistance, perhaps resentment. A football field away the Southern part of the city has been modernized, while the North remains poor and very little has changed. Nationalist murals read “Kosovo is Serbia.” One was recently painted in support for Russia’s annexation of Crimea.

Despite attempts to forge connections between north and south, a particular focus of the UN and international NGOs over the past decade, the division remains strong and tensions still run high. During recent parliamentary elections, Serbs who as a minority group are guaranteed seats in the assembly, voted in significant numbers, but only after threatening to boycott elections due to the presence of the Kosovo state insignia on the ballot. Most remain far closer to the government in Belgrade than to Pristina, an everpresent reminder of the challenge faced by Kosovo in achieving both domestic and international acceptance of its sovereignty.