Negotiating Common But Different Responsibilities – A Weekend at the Model G20 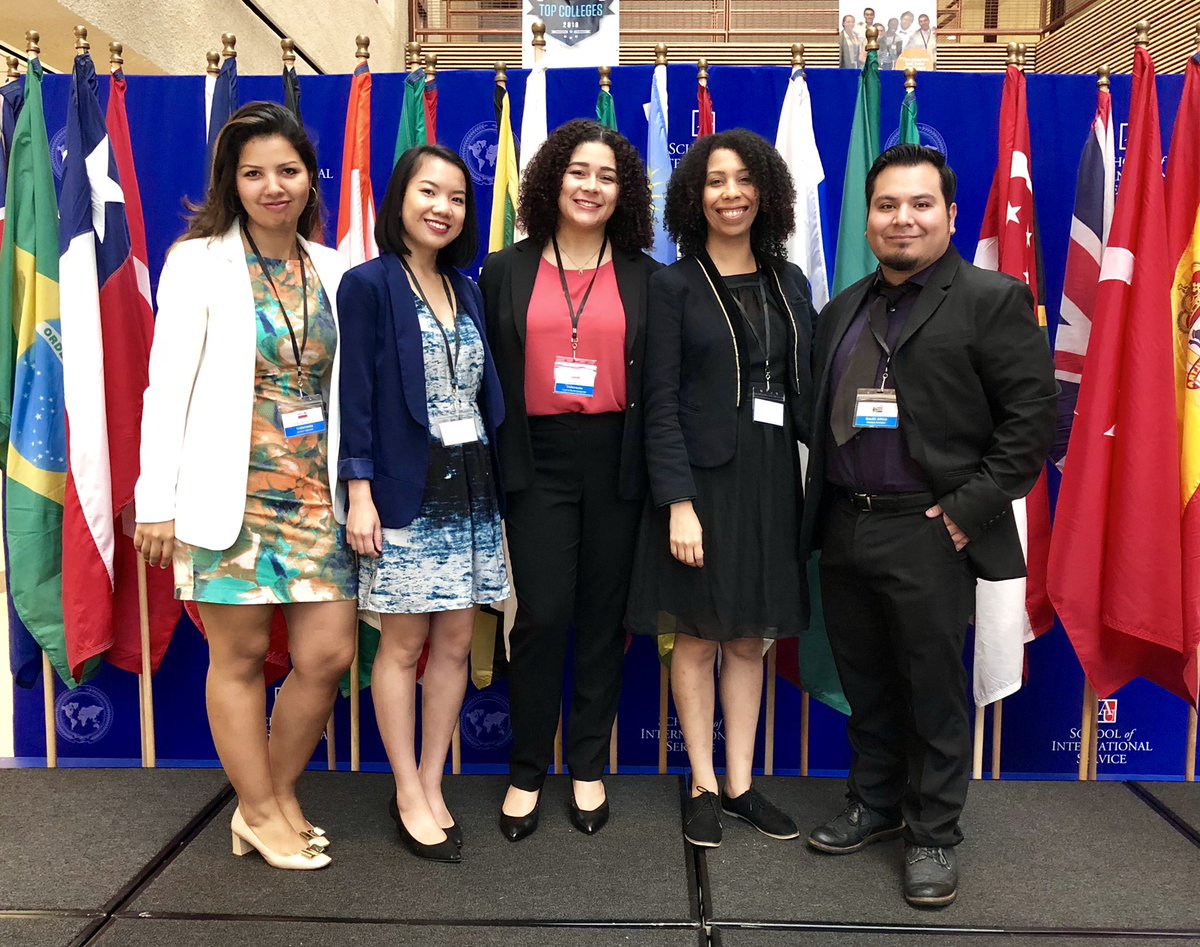 Globalization has taken unique paths for all nations, yet, the challenges and ambitions of individual countries often find themselves connected in a global framework of common but different responsibilities.

This exact framework came to life at this past weekend’s Model G20 Summit held at American University in Washington D.C., where SGPIA students representing the delegations of South Africa and Indonesia were joined by a host of other schools, each representing one of twenty member states, four guest nations, and seven international organizations.

What distinguishes the Model G20 (MG20) from other forums such as Model UN, is the need to negotiate and mediate across countries to unanimously agree to a final Communique (international statement) instead of simply voting for or against proposals. The unique nature of the G20, which is comprised of the twenty biggest economies around the world, is such that there is no legally binding legislature passed at all. All countries instead concur on a document that outlines actions that, while not binding or otherwise enforced, are in each nation’s best interest to participate in.

Leading up to the MG20, our delegations worked diligently with guidance from Professor Sakiko Fukuda-Parr and Ph.D candidate Budi Akmal Djafar, our course’s Teaching Assistant, to study our assigned nation’s positions on six topics, split between a Finance track, and a Sherpa (Humanistic) track, to be discussed at the Summit. These included Global Tax Cooperation, International Trade Policy, and the Future of Work, as well as Gender Equality, Migration and Refugees, and Climate Change.

As the first day of MG20 began, our delegations moved strategically to utilize our topic expert for each subject to best represent our stances in working sessions. These meetings took place in two separate rooms – one for each track, where in many cases, the chair for each country at the table was occupied by a Finance Minister, Central Bank Governor, Sherpa, or Sous-Sherpa (deputy Sherpa.)  Outside the main meeting rooms, students serving as the delegations’ Senior Policy Advisors met with one another to lobby for support of agendas and raise concerns about others.

Perhaps because both delegations represented developing nations, we found that asking questions and clarifying details even in negotiations within our own coalitions was key to ensuring our voices were heard and not lost among larger, developed nations. An example of this occurred during a BRICS meeting, where a proposal regarding government sanctions presented by the Russian delegation was met with immediate support from the delegations of India and China, but required further explanation and amendments to better include the interests of Brazil and South Africa before earning complete support.

Through these efforts, our Indonesia delegation worked to strengthen tax, trade, and climate change related policies, returning to New York on Monday with an award for its outstanding performance. Our South African delegation promoted an agenda for Green Bonds and rallied support from the delegations of France, the People’s Republic of China, and the Russian Federation for South Africa’s ambitions to improve education and technology.

The final day of the MG20 brought the signing of the Communique, an agreement between all participants to an outline of what will be worked towards over the next year. A valuable lesson in the drafting and eventual signing of the Communique was the context of certain words. Attentiveness to key words such as “commit,” “enforce,” and other words with a sense of absolute certainty is a skill of great use to any student considering a career in policy making and analysis because of how quickly they can make or break an agreement. At the same time, we witnessed why there is a need to include or exclude this sort of language in international agreements, paying attention to who or what was affected by them and how it can have a positive or negative outcome.

Whatever the path of our student delegates will be after graduating from The New School and SGPIA, the tools built and the experience had at the MG20 will no doubt be of much use in the years to come. Learning to strategize, negotiate, and digest an entire nation’s view within just a few weeks, will be vital resources for those who participated this year, and SGPIA students that may participate in the future.

On behalf of myself and the South African delegation, I would like to thank Professor Fukuda-Parr and Budi Akmal Djafar for allowing us this extraordinary opportunity.

President & Finance Minister of the Republic of South Africa 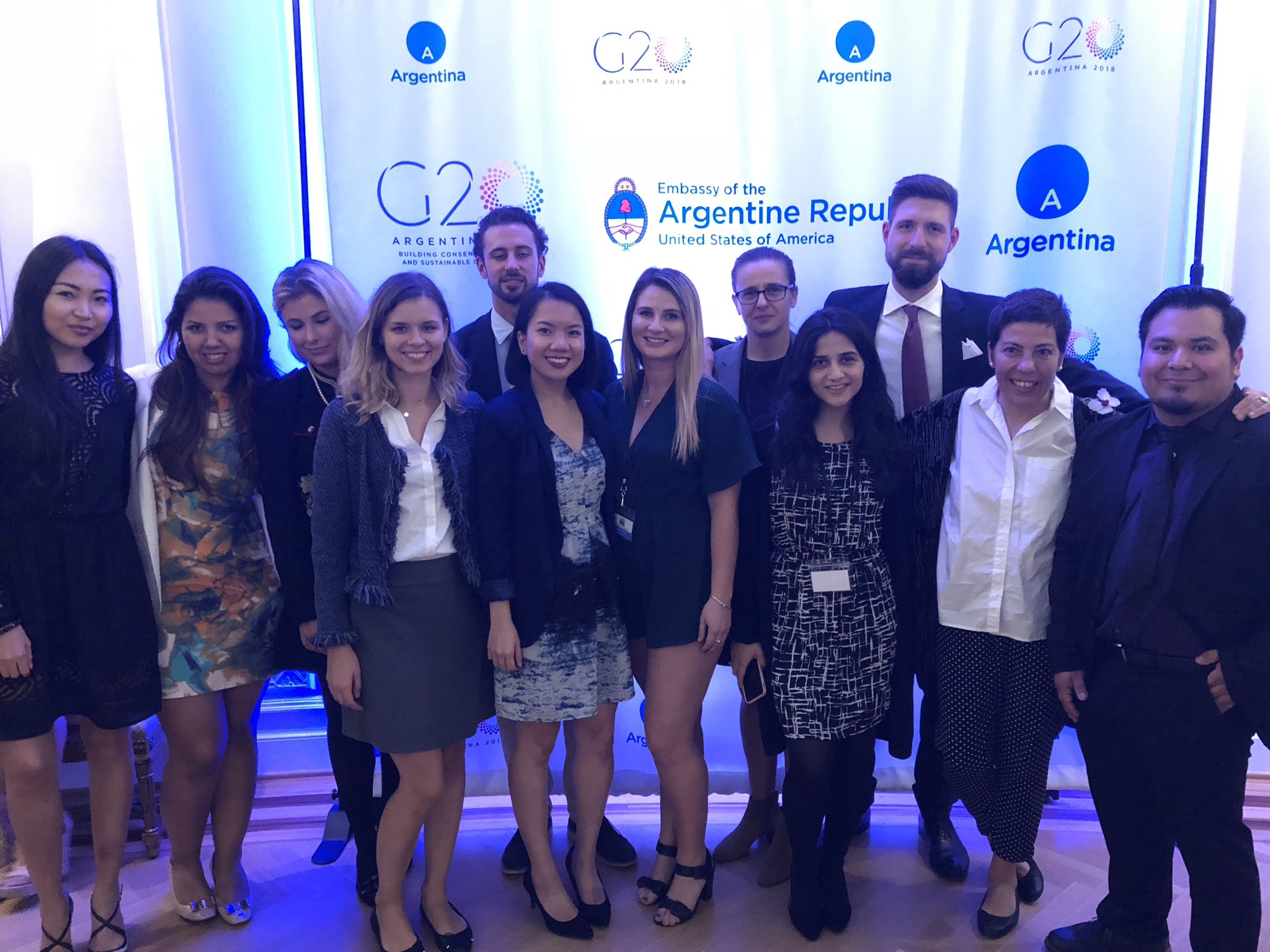