Obama’s Legacy and the Humanitarian Catastrophe in Syria 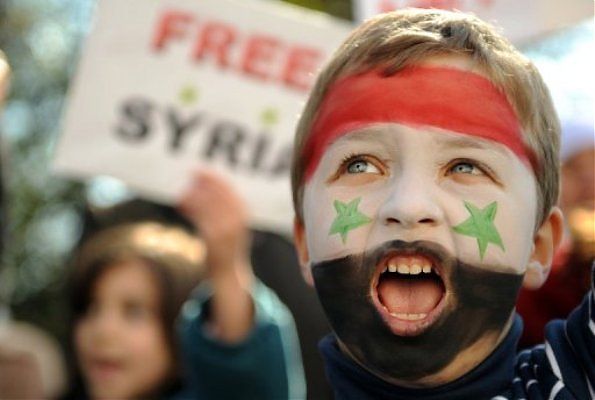 The leader of the opposition Syrian National Council just resigned. Foiled is another plan to truly arm the rebels and bring down Bashar al-Assad. Of course the CIA is facilitating arms procurement and US “nonlethal” deliveries to vetted warrior brigades, but that’s been happening for months. Aside from new propaganda and spin from both sides of the conflict—fearmongering about chemical weapons being used (was it tear gas?) and shady reports claiming Assad was shot by his Iranian bodyguard—what actually changes in Syria?

Studying the genocide and atrocities in Bosnia-Herzegovina and Rwanda for Humanitarian Intervention class —reading Samantha Power’s A Problem From Hell and its damning assessment of US inaction—got me thinking about how President Obama and his foreign policy establishment will be perceived with regard to Syria in 20-odd years. Like Bosnia, by year two the sensational massacres and killing in general had comparatively slowed down, and also like Bosnia there seems to be a lot of confusion about whether Syria is a civil war. If current trends continue, with new and improved arms shipments to the rebels, Syria will be a civil war—but the first two years and 70,000 dead was a war against civilians, some armed, most not. The Bashar al-Assad regime took a lesson from the civilian massacres committed by Assad’s father, Hafez, in Hama in 1982.

I wrote about Syria back when everybody else wrote about it. But it became a played out story from a news perspective. While following the Arab revolts and then Syria for 16 months, I called out the media for there constant “the tide is turning” and “the end is near” headlines, and I gave an unfortunately correct assessment that there was no end in sight as of summer 2012. At some point, the lack of either progress or game-changing atrocities simply got old: dozens of high-ranking defectors from Assad’s regime meant little; no coalition of states was ready to intervene—except Iran and Russia propping up Assad—and the opposition was nebulous (all true today). It’s a depressing aspect of the hypercurrent and individualized media that ongoing humanitarian catastrophes can become passé, but a death toll can only rise so fast for so long and sadly, it is a numbers game. I had never heard of the 50,000 killed in Burundi in 1993 and still might not know about it, if not for studying Rwanda’s 800,000 murdered.

I have been a fan of President Obama’s foreign policy (aside from Afghanistan, in hindsight), and especially his decision to stay away from a very tempting military intervention in Syria. But if the death toll gets to 100,000 and the violent Sunnis that breed jihad take advantage of the destabilization, the history books will not be kind to Obama’s lack of decisive action. We must remember that Obama is the one who took three months to make the wrong decision in Afghanistan. For better or worse, he’s pretty cautious. Yet a big part of that reluctance has been the wars in Iraq and Afghanistan, the financial collapse, a great recession, and a reelection. (Even Republicans such as Rand Paul, a possible contender for 2016, have come forth to promote a reduced US military role around the world, joining the far left to make bipartisan the challenge to the conventional wisdom of the US foreign policy establishment.) We’ve lost thousands of troops and traumatized a hundred thousand veterans, so let’s lead from behind using our half-trillion a year defense budget to support allies.

As far as Syria, the Obama administration has a great excuse for its current course of nonintervention: The continuing inability of the Syrian opposition to coalesce in any meaningful way (for years now). The endless number of insta-brigades of Syrian fighters assumes a peaceful region post-Assad is a long shot. Yet in 20 years, it may simply look like we fought the wrong wars and Samantha Power can claim that Syria fell victim to the unwritten US policy of always fighting, or in this case not fighting, the last war.