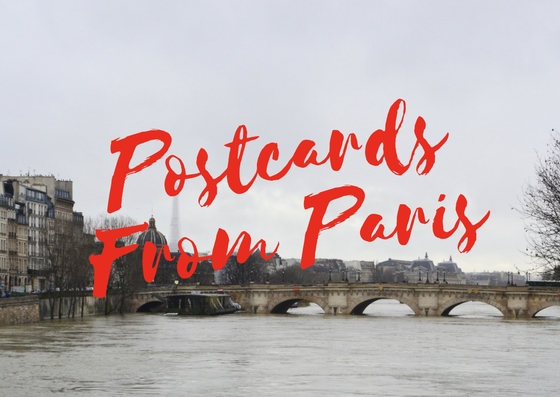 Robert Jamieson is a second-semester SGPIA student studying at Science Po in Paris, France for the spring semester. This blog series, Postcards from Paris, will chronicle his experience in Europe as a foreign exchange student and the lessons along the way.

I am not sure if this is the most important news that I can be reporting after a month in Paris, but in case you weren’t aware the Seine has been flooding. This, as I have come to find out, is not normal.

I walk over the Seine nearly every day to get to class. Usually, I walk over over the scenic Pont Neuf, but occasionally I’ll make an impromptu detour and cross the old locks of love bridge and it’s now questionable infrastructure due to years of bearing the burden people’s symbolic everlasting love. Walking west along the Seine, it is easy to get distracted. When not blocked by overcast skies, the Eiffel Tower is visible in the distance and the Louvre is a quick hop across the street to your right. Yet on quite miserable weather days and sunny days alike walking the streets of Paris is quite simply disorienting. Paris does not overwhelm with it’s towering skyscrapers and out-of-contro- fast pace like New York, but rather intimidates through mystery. If New York requires a certain endurance than Paris requires a certain wit. I am continually amazed by the fact that there really isn’t a single true street corner in the entire city. If you were to follow a street straight west in New York you would fall into the Hudson. Follow a street straight west in Paris might take you to the east side of the city.

In my first few weeks here, I would cross the Seine day after day and inevitably see people who I assumed to be tourists snapping Instagram stories of the famous left bank and naturally did not think much of it. I came to realize, however, that the people taking pictures were not tourists but rather Parisians. Taking pictures of the left bank being under water. And while I might have thought it strange that water levels were reaching the lamps of the posts down on the banks, it really never occurred to me that it wasn’t normal. I didn’t notice that Paris was drowning because at the same time I too was fighting to keep my head above water.

The Seine’s inability to tame its rising waters mirrored what my first few weeks in Paris were like. While I wanted to land in Paris and hit the ground running to the nearest brasserie I found that I had to spend quite a bit of time just treading water. Part of this has to do with the natural, inevitable challenges of moving to a new and unfamiliar city and trying to navigate in a language that you still struggle to speak. The steepest learning curve that I have found, however,  is figuring out the nuances of the French education system. If you are an SGPIA student who is considering applying to the Sciences Po Exchange Program, an SGPIA student who is just now finding out we have an exchange program with Sciences Po or someone neither here nor there, I hope that this short blog series can be of use to you. Whether it be critical information like the class registration process or cautionary tales like how eating too many baguettes can really cause some damage to the roof of your mouth, my main goal is to provide a realistic perspective on participating in this exchange program.

As my first month in Paris wraps up I do not have any fairy tale stories of being swept away in a 1920 Peugeot and drinking the night away with Ella and Scott Fitzgerald. Yet this past weekend as I was walking over the Seine, I noticed that Paris had a slightly different air to it. The absence of the rain allowed for parts of the Paris that I had romanticized to come to life. Window displays showed new life, the antique book stands along the river began to open their covers, and for the first time, I was able to descend the stairs to the bank of the Seine and sit down on one of its benches. Finally able to stop treading water.