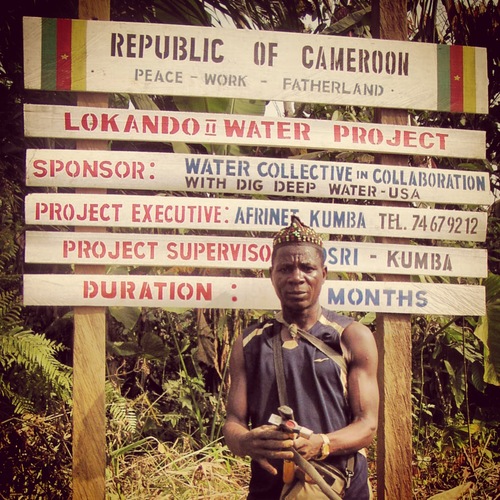 Is access to clean water a basic human right? The customary response for most people is yes, of course, but still an estimated 1.4 billion people currently lack access to safe drinking water. And this is just one of the many water issues that plague the world today. The UN’s World Water Day, held annually on March 22, was instituted to generate awareness about these issues and the importance of sustainably managing the globe’s freshwater resources. This year, the Association for International Development (AID) at The New School hosted an event on World Water Day in order to bring awareness to students and the community about two specific water issues: clean water access and the bottled water industry. The event featured a discussion with Sophia Sunwoo, CEO and co-founder of the Water Collective, and a screening of the award-winning documentary Tapped.

For Sophia Sunwoo and her nonprofit organization, Water Collective, everyone deserves access to clean water. Operating exclusively in Cameroon, they work to restore that right. In Africa alone it is estimated that, over the past 20 years, 70 million people have lost access to water due to a failed source, particularly failed handpumps. An estimated 30 to 70 percent of handpumps no longer function in Africa. After years in the field observing this and other abandoned solutions, Sophia and co-founder Josh Braunstein teamed up to develop an organization that approached the water crisis from a different angle. 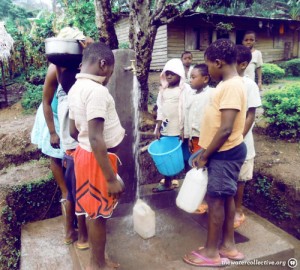 The main goal of Water Collective is to make water access sustainable over the long run. As a student at the Parsons School of Design Strategy, Sophia wrote her dissertation on the infusion of business strategies into disaster prevention programs in the developing world. Using this model, Water Collective is able to make more permanent change in the communities they work in. One way they achieve this is by integrating life-cycle costs and collaborating with existing community collectives: Instead of simply installing handpumps in villages, Water Collective provides the education and tools needed to install, fix, and maintain community handpumps. As Sophia joked in her talk, they deal with the “unsexy” side of water—maintenance and upkeep.

Jokes aside, Water Collective’s approach is a much-needed addition to water crisis work in Africa and beyond. The high rate of malfunctioning handpumps makes it glaringly obvious that NGO work and aid thus far have only provided temporary solutions to the issue of water access. The common, although overused, phrase, “Don’t give a man a fish, teach him how to fish,” illustrates this perfectly. When asked how often she travels to project sites, Sophia responded that they try to limit visits to once or twice a year. “We don’t want to be a huge presence…the goal is to provide them with the tools to take care of the pump themselves. Then it’s no longer our project, it’s theirs.” So far, this approach has been highly successful. In less than two years, Water Collective has brought water to 6,500 people and trained 140 people in income-boosting skills.

Following Sophia’s talk, the event screened the documentary Tapped. The award-winning documentary, which exposes the industrial, production, and environmental effects of the bottled water industry, was a huge eye-opener. Most alarming to many of us was the profit-seeking structure of the bottled water industry in the U.S. 40 percent of bottled water is drawn from municipal water sources, rebottled, and sold back to us from private companies at 1,900 times the price. The kicker? Municipal sources aren’t compensated one penny for the water taken.

Three private companies dominate the bottled water industry: Nestle, Pepsi and Coca-Cola. The majority of bottled water brands—including Dasani, Poland Springs, Evian and Aquafina—are products of three corporations. Since the 1970s, clever marketing campaigns have convinced consumers that these brands are “special” and superior to tap water. Ironically, nothing can be further from the truth. While tap water is subjected to stringent standard of quality testing, bottled water companies aren’t required to produce quality reports or provide its source. Random testing of bottled water samples has found an alarming number of potentially harmful chemicals from the plastic, including Bispenol-A (BPA).

So, while a large portion of the world desperately seeks clean drinking water, the U.S. spends billions on un-regulated, potentially harmful bottled water even though clean tap water is available in almost every household. Looking at it that way, drinking out of a water bottle becomes much less attractive. 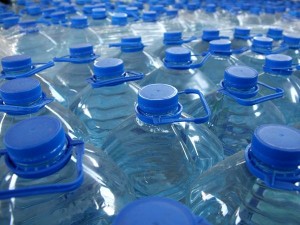 Tapped also highlighted the environmental effects of bottled water. Only 20 percent of water bottles are recycled, while the rest ends up in landfills or the ocean. Many of us were shocked to learn about the existence of the North Pacific Garbage Patch, an area the size of Texas in the middle of the Pacific where billions of bits of pieces of plastic swept to sea from the U.S. and Asia have accumulated into a huge, swirling plastic garbage. It’s hard to determine what is more alarming—the size and scope of the North Pacific Garbage Patch or the incredible lack of awareness surrounding it. Although this is part of the larger issue of plastic consumption in our global economy, bottled water plays an undeniably large role.

While it’s highly unlikely that Americans will stop using bottled water in the near future, events like World Water Day are necessary to spread awareness of the consequences bottled water poses both nationally and internationally. A little change can go a long way.