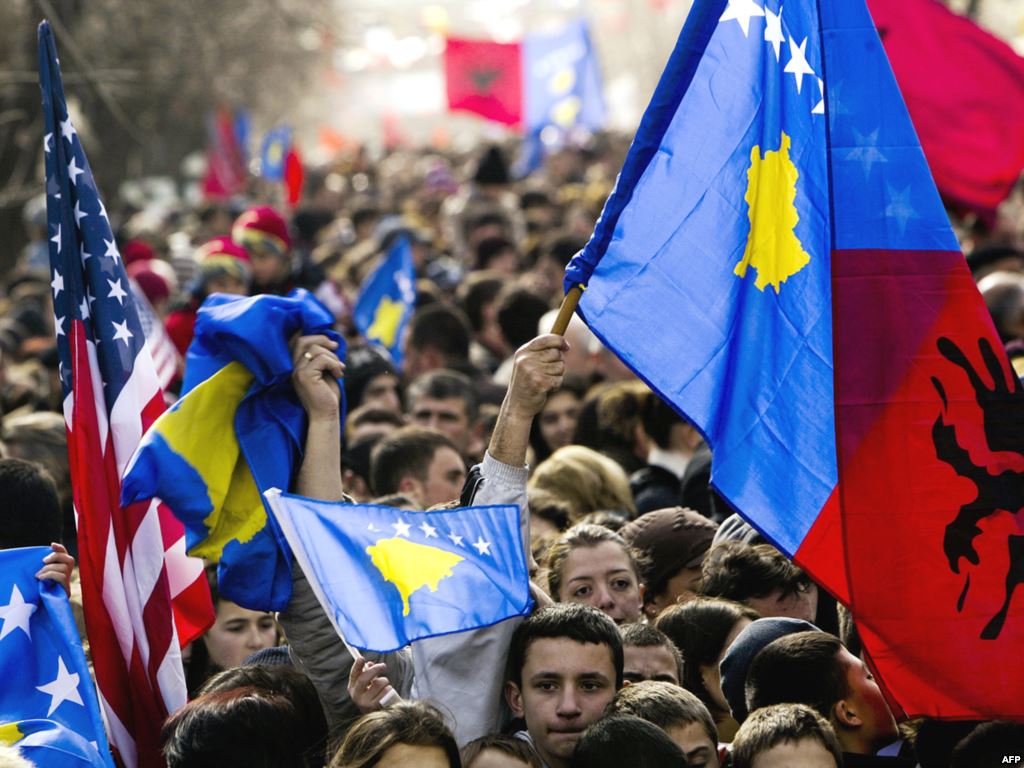 On Sunday, Crimea voted to secede from Ukraine in a referendum vote that sparked mass controversy worldwide, particularly in the West. Despite denouncements from President Obama and many others that the secession is both illegal and a violation of Ukraine’s sovereignty and territorial integrity, more than 95 percent reportedly voted in favor of Crimea joining the Russian Federation. Although Russia repeatedly denied its plans to annex Crimea, despite an incredible amount of evidence to the contrary, several Russian officials’ responses have significant potential implications for future interpretation of international law. Simply put, Russia’s comparisons of Crimea to Kosovo are not only inaccurate, they overlook key historical facts in Kosovo’s history that illustrate how the two territories couldn’t be more different.

With added context, it’s not difficult to understand why Russia would want Crimea. Crimea holds important historical and geostrategic interests for Russia. Located on the Crimean Peninsula, saddled between the Mediterranean and Black Seas, Crimea was fashioned as a vacation spot for those living in the Soviet Union, including members of the Russian imperial family. Something of a warm escape from its colder neighbors, Crimea still counts tourism as one of its largest industries.

Similarly, the Former Republic of Yugoslavia had several strategic, historical and cultural reasons for wanting the territory of Kosovo. For one, Kosovo is the site of the first and second Battles of Kosovo (in 1389 and the 1450s) where the territory that is present-day Kosovo fell from a Serbian-led dynasty into the hands of the Ottoman Empire, where it remained until 1912. The popular belief that this battle ended the Serbian empire is why this land is an integral part of Serbian history and one of the reasons Serbs believed this territory should be part of Serbia. Moreover, Kosovo provides a route to the Adriatic Sea and is the site of many historical Serbian landmarks, such as the Patriarchate of Pec and other Serbian Orthodox churches.

The major differences emerge when examining Serbian treatment of Kosovo’s Albanian population. Historians have traced the Albanian presence in Kosovo back many centuries, with the first mention of an Albanian on record by Ptolemy in 2nd century AD. Despite this, a combination of misinformation and propaganda contributed to the notion that Albanians didn’t belong in Kosovo and had encroached on territory that rightfully and historically belonged to Serbians. When Serbia annexed Kosovo in 1912, decades of Albanian oppression followed, beginning with a desire previously stated in Serbian state policy for Kosovo to become an “ethnically clean” territory (despite the Albanian population likely being the vast majority of Kosovo’s population at this time). In order to implement this policy, Serbian officials had to diminish figures of how many Albanians actually lived in the territories Serbians conquered starting in 1913. This was followed by large-scale oppression of Albanians under a royal-decree law issued by the Serbian king in 1913, which made it possible to deport “entire villages.”

Following the formation of the Yugoslav State in 1918, a Treaty for the Protection of Minorities was not honored and Albanians were not allowed to be taught in their own language in schools or allowed to have their own newspapers or publications. This was followed by a “colonization period,” in which the Yugoslav government provided Serbians with impressive incentives to encourage Serbs to move and settle in Kosovo– on land that Kosovar Albanians were then forcibly removed from. During the period of 1919-1928, the Serbian population is estimated to have increased from 24 percent to 38 percent.

Treatment of Albanians did improve, however, during the Second World War, when Italy occupied Kosovo and reintroduced Albanian language education in schools and united Kosovo with Albania. Kosovars also gained a degree of autonomy after WWII under Tito’s Communist rule. The 1980s were a precarious time for Kosovo, beginning with Tito’s death in 1980 and ending with the revocation of their autonomy and the rise of Slobodan Milosevic. The continued reduction of Kosovo’s autonomy and subsequent firing of thousands of Albanians from their jobs under a Serbian assembly law spurred Albanian Kosovars to create their own “parallel institutions.” Using these institutions, they essentially created their own government and elected their own president, neither of which were officially recognized by any other countries, save for maybe Albania.

The conflict in Kosovo eventually led to the 1999 NATO intervention, which came after decades of oppression at various time periods at the hands of Serbians. Milosevic’s counteroffensive against the Kosovo Liberation Army (KLA) targeted civilians and displaced hundreds of thousands of Albanians. This came after the Serbian encroachment in Bosnia during the Bosnian War in the early ’90s. By the time NATO intervened, the international community was already accustomed to Milosevic and Serbian state policy toward some of its minorities. This is part of why the United Nations administered Kosovo for several years following the war and why Kosovo’s path to independence has been completely different than Crimea’s.

If Ukraine had systematically oppressed Crimeans with policies designed to repeatedly discriminate against them, destroy their heritage and expel them from their land, then the two cases would be more similar. But if there’s not evidence to support that, don’t compare the two, because they are not the same.