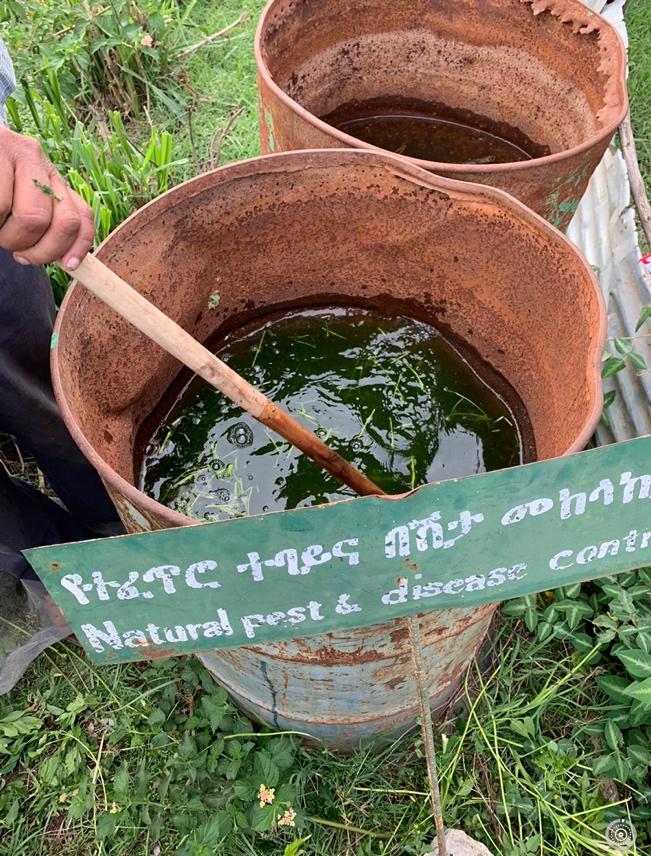 I can’t believe I am halfway through my IFP in Ethiopia! My main project here is doing Monitoring and Evaluation for CoSaP, Consortium of Women Self-Help Group Approach Promoters. In the past weeks we have been busy meeting the local self-help group representatives, conducting focus groups, and transcribing the interviews as soon as we get home. This is my first time doing all of the above and being in the field, and the work has been very rewarding.

Although my primary focus is M&E work, I was also very curious to do some research on local agriculture, food distribution system and food security issues. My interest in food systems was what drove me to study Environmental Policy and Sustainability Management at The New School. I spent most of my first year of graduate school, trying to unpack the damaging environmental and social effects of the globalized agribusiness sector, and researching viable alternatives.

Reading and analyzing academic sources about agriculture in the Global South is far different than actually witnessing it firsthand.

A few facts on local food production I could gather simply from observation: little produce is imported (currently every street vendor has mangoes, papaya, bananas, tomatoes, onions, and collard greens), so eating ‘locally’ or ‘farm-to-table’ (as select New York restaurants would proudly state) is no luxury here but simply a norm; meat is a staple in an Ethiopian diet (raw meat in particular), so there are little butcheries all around the city. I am a vegetarian but based on the reviews of others in my group, the local meat is much chewer, and the eggs are a lot smaller, which also used to be the norm before the age of factory-grown meat. Supermarkets and little shops have everything you need to make a full meal, but the shelves are not bulging with processed foods and drinks. Animals still play a major role in the local food production system: there are sheep herds and donkeys (commonly used for carrying heavy loads of water and sand) running alongside the cars all around the city. Farmed land on the outskirts of the city are plowed using oxen.

Last week we went to a town outside of Addis, called Bishoftu, to visit some of the local Self-Help Groups (SHGs), and stayed at the property owned by Jerusalem Children and Community Development Organization (JeCCDO). The NGO focuses on child protection but supports various community-based projects throughout Ethiopia (the hotel and event spaces are meant to fuel this social enterprise), which range from promoting the SHG approach to urban agriculture. We got a brief rundown of the trainings JeCCDO hosts, to encourage communities to engage in urban agriculture. The latter is meant to increase the food security of community stakeholders, as well as create a potential income generating opportunity. JeCCDO gave our group a brief rundown of some simple small-scale agriculture techniques they teach. Thanks to my grandmother, who to this day tries to grow her own food, I was already familiar to some of those tricks.

While I was certainly excited to see a more localized and less fossil-fuel dependent food system than in the majority of Western countries, as well as find an organization supporting small-scale subsistence farming efforts, the expansion of a large-scale agribusiness sector is a key strategy in Ethiopian economic development plans. The future of food system here is much more commercialized. Besides, the history of terrible famines triggered by volatile climatic conditions, and droughts in Ethiopia is a strong argument. This is the perspective of locals in favor of industrial agriculture, which claims to guarantee high yields and productivity. The long-term impacts of agribusiness include biodiversity loss, and topsoil depletion.

My observation and research, thus far, is by no means conclusive. Before I leave, I hope to get a better grasp of the locals perspective on the Ethiopian food system, and where it seems to be heading. As an Environmental Policy major, it has been challenging to reconcile the critical theory and the reality, regarding agriculture, and many other elements of development, and to not make hasty judgement. But this is what the experience is all about.