Bo-Kaap: Save Our Heritage 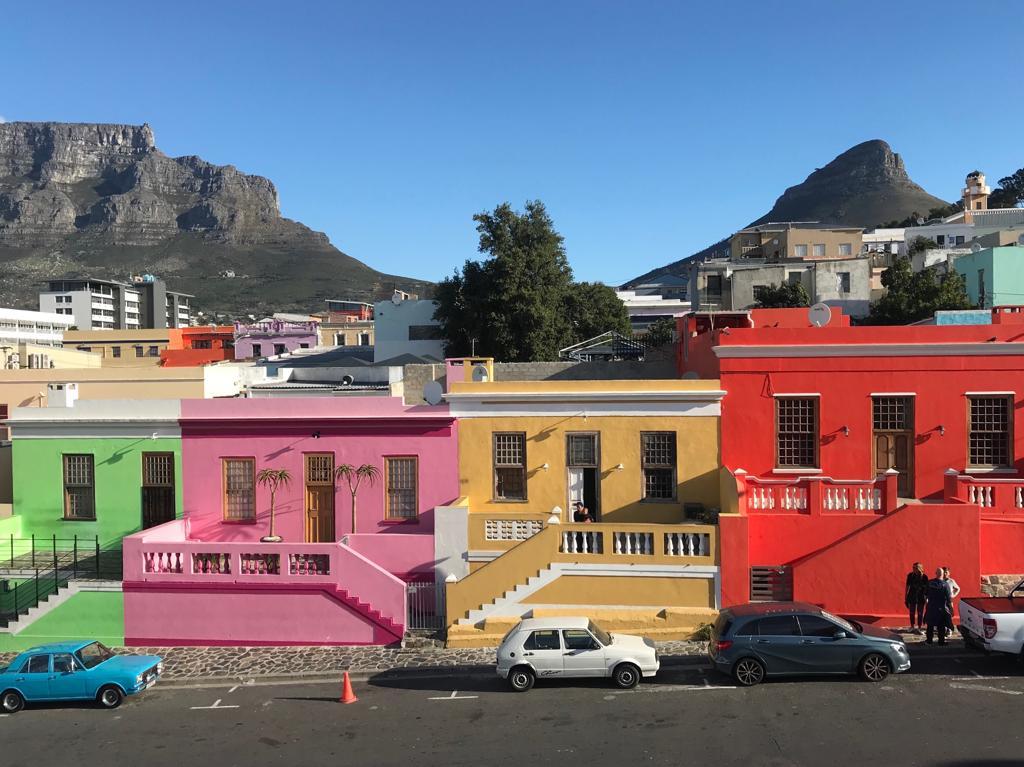 “His name is Boots,” said Lala, a 24 year-old resident of Bo-Kaap, as he introduced me to his old, deaf dog that seems to be the neighborhood community dog. Despite Boots being deaf, Bo-Kaap residents will call out for him all along Wale Street.

Bo-Kaap, situated just above Cape Town’s central business district, is a small residential area that is formerly known as the Malay Quarter. After the emancipation of slaves in 1834, many freed slaves moved into what is presently known as Bo-Kaap. The neighborhood grew as a mixed neighborhood, with the majority of residents coming from Muslim origin. In 1934, the City Council passed the Slums Act, which allowed homes to be expropriated. Essentially, this meant slum properties started being purchased. One of the larger expropriated houses that were leased by the City was the Schotsche Kloof Flats. A “pre-requisite for securing accommodation was being a ‘Malay Muslim’…(meaning) people of the Muslim faith descended from ‘free blacks’ and slaves from Asia” (Iziko Bo-Kaap Museum, 2019).

If one walks around the Bo-Kaap neighborhood, they will undeniably come across a “Save Our Heritage” poster. These are visual representations of the struggle Bo-Kaap residents have endured to fight for their neighborhoods official inclusion in the heritage zone.

Preservation of the Bo-Kaap neighborhood is not a recent undertaking, and initiated in 1943, with the creation of the “Group for the Preservation of the Malay Quarter.” As a result, fifteen houses and a mosque in between Chiappini, Shortmarket, Rose and Longmarket Streets were restored in 1951.

When The National Party government came to power in 1948, apartheid-era policies started being implemented. The Group Areas Act of 1950 had deep implications relating to where people could live in the city, and it forcibly removed people from their homes on the basis of ‘racial’ categories (African, Coloured, Indian and White). Bo-Kaap was declared a ‘Malay Group Area’, which caused the relocation of a non-Malay to the Cape Flats.

“Our community stands together as a team,” says Lala, a resident of Bo-Kaap, when asked why his neighborhood is unique to him. For residents, this year marked an important milestone. In May, nineteen sites in the area were declared National Heritage Sites by the South African Minister of Arts and Culture. Additionally, 600 privately-owned homes will be incorporated into Heritage Protection Overlay Zone (HPOZ).

“Everything is nearby. If I want to go hike, I walk up. The town center, the shopping malls, the waterfront… it’s all nearby,” says Lala. In the words of a resident himself, it becomes quite clear why Bo-Kaap property has become more valuable over the years. Bo-Kaap, known to be the oldest surviving residential neighborhood in Cape Town, is still fighting to remain a family neighborhood under the gaze of new commercial investment.

Despite Bo-Kaap having become an instagramable “must visit” site in Cape Town where foreigners flock to, the neighborhood remains, above all, a place for life-long residents. To admire the historic district of the Malay Quarter one must: stop by the Bo Kaap Museum, found in the oldest surviving building in the neighborhood, shop at the local spice shop known as the Atlas Trading Company, which has been passed down from generation to generation for more than 70 years, and visit the Auwal Mosque, which was built in 1794 and was the first mosque established in South Africa.

The following blog post was made possible from the information provided by the Iziko Bo-Kaap Museum, and Lala Mustaqeem’s walking tour around Bo-Kaap.