The Growing Politicization of Media 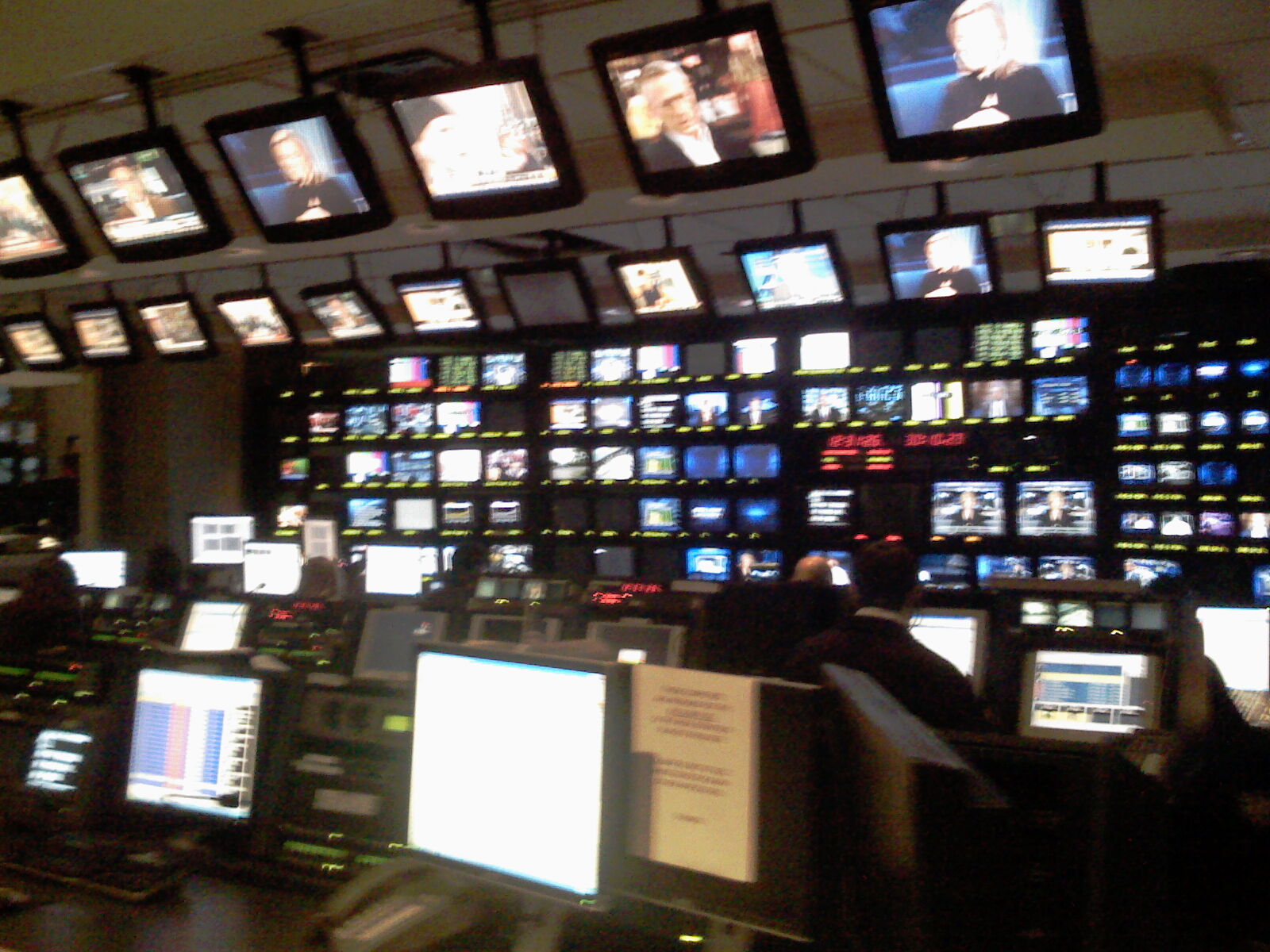 While recent media attention has focused on the dangers facing journalists today, as well as trends toward polarization of media, comparatively little has been written about the politicization of media. On display in coverage of the conflicts in Syria, Ukraine and Gaza, media itself has developed into a front line in conflict, perhaps the most important one.

Al Jazeera is perhaps the best, earliest example of this trend. The Qatari government-owned outlet played a key role in shaping Arab public opinion over the past twenty years as transnational satellite TV penetration replaced frequently-censored print media as the primary source of news. Staffed by journalists with training from Western news organizations, the Qatari government effectively used the network as a foreign policy tool to grow its regional influence. Al Jazeera (and other networks) have been banned by various governments in the past, but it wasn’t until recently when the Arab Spring surprised Middle East leaders and threatened to upset the status quo, that regional governments began to push back more vigorously against Al Jazeera.

Qatar has long been a supporter of the Muslim Brotherhood, giving its leaders air time, financing, and safe haven when needed. Following the 2013 military takeover in Egypt and deposition of Mohamed Morsi, Egypt declared the Muslim Brotherhood a terrorist organization and banned Al Jazeera citing biased coverage. In April 2013, Iraq revoked the licenses of Al Jazeera and 9 other networks blaming them for stoking sectarian tensions. In March, the UAE banned citizens from working for Qatari media and Saudi Arabia demanded that Al Jazeera close its office in Riyadh. And, during the recent coverage in Gaza, Israeli Foreign Minister Avigdor Lieberman called for banning the network saying “in the case of al-Jazeera it is not an issue of freedom of the media but of a terrorist wing that currently fights against Israel.”

In June, three Al Jazeera English journalists including Peter Greste, an award winning foreign correspondent with a long history of reporting for western media organizations, were sentenced to seven year terms for “spreading lies considered harmful to state security and for joining a terrorist group.” While it is easy to argue that the charges were trumped up or that they did not receive a fair trial, it is more difficult to argue that the organization they worked for was not a political one. As a journalist, who you work for matters, now more than ever.

In every recent conflict, political news organizations have come to the fore. In coverage of Ukraine, Russian state-funded RT has emerged as a defacto mouthpiece of the Russian government. In March, RT America host Liz Wahl resigned over alleged censorship and issues with how the network framed news stories. While this generated headlines in the U.S. the story also requires closer scrutiny. Wahl told her story to friend and Daily Beast contributor James Kirchick, a fellow at the Foreign Policy Initiative, the neoconservative think tank founded by William Kristol and funded by Sheldon Adelson. As TruthDig details, rather than an ‘exclusive,’ this was more likely a staged PR move which both built the careers of Kirchick and Wahl while sticking it to RT, an organization with which Kirchick has some previous bad blood. While Kirchick has some legitimate journalistic chops, he is perhaps more so a politician.

In no area has the media become more politicized than the recent conflict in Gaza. As Israel mobilized Operation Protective Edge and journalists streamed into Israel and Gaza, media reports have been relentlessly picked apart by all sides and Israel, Hamas and other parties have actively sought to control the narrative through social media.

One of the strongest criticisms of media coverage from Gaza yet has come from former AP correspondent Matti Friedman who alleges AP bias in coverage of the conflict. While this allegation was, I think, adequately debunked by his former boss, former Israeli AP Bureau Chief Steven Gutkin, these competing narratives are a microcosm of the tug of war that has taken place daily to frame the debate. Friedman makes a key statement that gets to the core of the politicized state of media today: “Many of the people deciding what you will read and see from here view their role not as explanatory but as political. Coverage is a weapon to be placed at the disposal of the side they like.”

Perhaps Friedman bought into his own logic and wrote the article with a political aim. If politicization of media today truly extends to trusted institutions like the AP, and members of the media view their role as political we are in for a very dark future. If on the other hand, institutions with journalistic integrity do still exist, which as Gutkin put it seek “to lay bare the raw passions of each side in all their glory,” they will face growing pressure as a more fragmented and politicized media tries to redirect the narrative from all sides. We can only hope the next generation of journalists is up for the challenge.

1 thought on “The Growing Politicization of Media”