Opinion: The Line Between Political Correctness and Meaninglessness 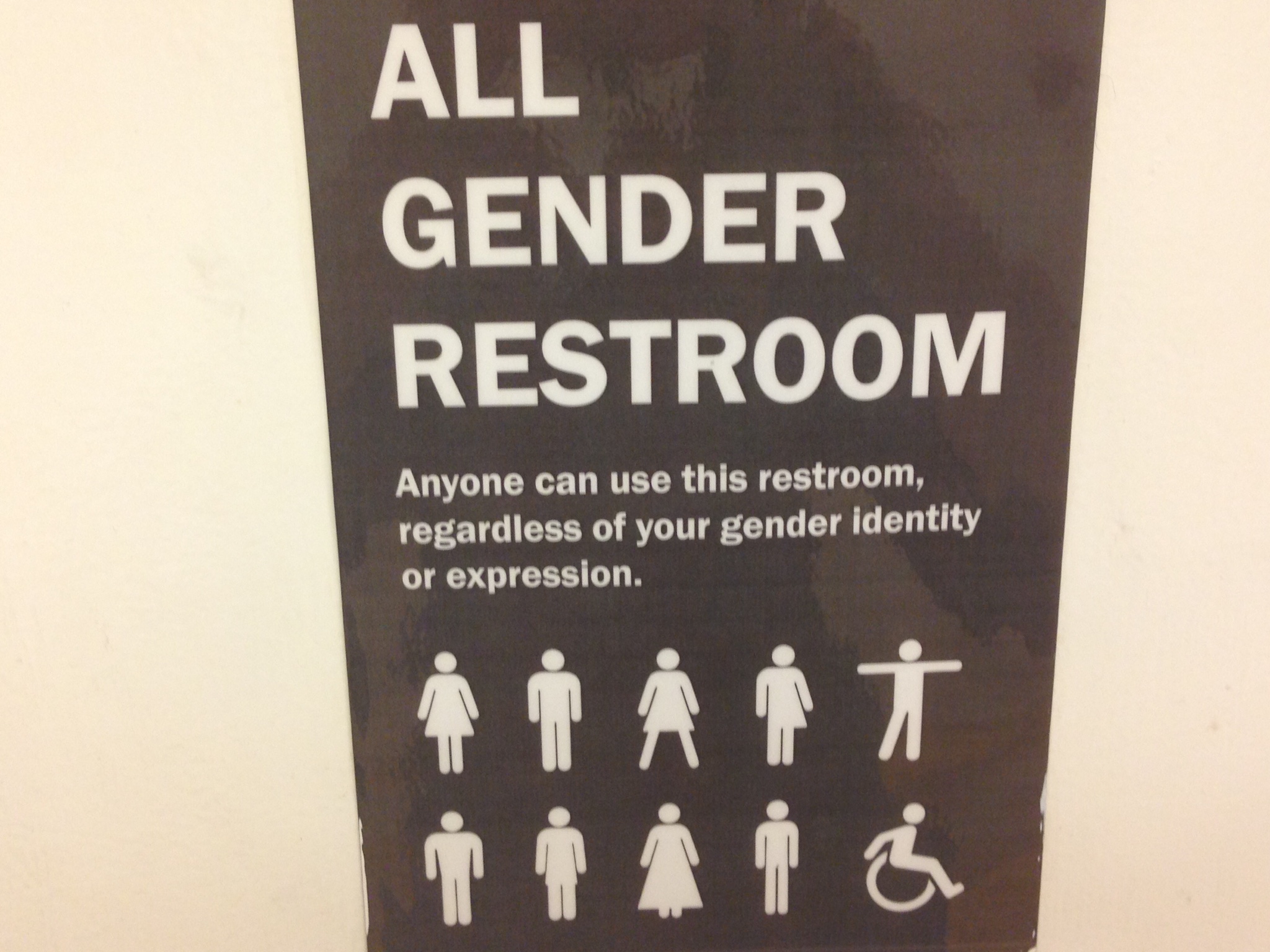 On every other floor of certain buildings at The New School there are “All Gender Restrooms.”  These bathrooms state, “Anyone can use this restroom regardless of your gender identity or expression.”  Inside these restrooms (nearly all of which were previously single sex restrooms) are private stalls as well as urinals.  Initially, as a graduate student, especially one who attended undergraduate school at Brown University and considers themself extremely liberal (or at least I did on social issues) I had no issue with these restrooms.  But then, after walking into one of these restrooms and seeing a guy using at one of the urinals, and seemingly having no “gender identity issues” whatsoever” I began to see the ridiculousness of these restrooms.  They began to bother me.  A lot.

First, I had issues with the logistics of the “all gender restrooms.”  Why are there urinals, out in the open, and private stalls, in “all gender restrooms.”  Second, in a private university in Manhattan, where undergraduate tuition runs approximately $20,100.00 (not including living expenses, dorms, or textbooks) why are students able to choose a university and a major but yet not a public restroom at this point in their life?  Third, what The New School has done, although I am sure it was done with good intentions, is make a mockery of real prejudices that exist and real discrimination.  I can almost feel the oppressive political correctness imposed on me when I read the signs posted by the faculty on the “All Gender” restrooms, which state in part, “Mindful of the challenges that facilities labeled only “Men” or “Women” pose to many, a group of faculty, students, and staff came together to devise a plan for more gender inclusive bathroom facilities.”

Additionally, the typical international bathroom symbol of the “man” or “woman” has now been replaced by TEN international symbols; apparently there are now TEN different types of people in this world.  As a student at Brown, I was a supporter of the LGBTA Movement (Lesbian, Gay, Bisexual, Transsexual, and Associates.)  However, I kid you not.  I can honestly not tell you what half of the symbols on the “All Gender” restrooms mean.  Are they alien life forms?  Are they droids?  Did the “staff meeting” in which these “All Gender” restrooms were propagated also implement universal symbols for “bisexuals,” “transsexuals,” “lesbians,” and “associates,” and not let the rest of us in on it?  Is this not a democratic campus?  Why was there not a vote?

I should tell you upfront that I am not what you would consider “PC.”  I at times tell off-color jokes.  I have been considered “one of the guys” more than “one of the girls.”  However, I know how to behave in a professional environment and have worked at a law firm with no incidents for years.  I know how to play the PC game.  Recently, however, it has come to my attention that it is simply ludicrous how PC our society has become.

For example, in New York City, an attorney sued several bars in New York which had Ladies Nights for gender discrimination. The New York State Department of Education recently attempted to ban 50 potentially offensive words from school tests. Words including “dinosaur,’ on the off chance that it might offend those who deny the concept of evolution, or “divorce,” to not hurt the feelings of those children whose parents are no longer together.  Even “birthday” was not safe, as Jehovah’s Witnesses do not celebrate birthdays.

Yet, it gets even worse. In 2006, a regional manager for The Bakers’ Oven, a chain of bakery store in England, made the executive decision to stop making Gingerbread Men and start making “Gingerbread Persons.”  Not only that, but if a customer asked for a Gingerbread Man, employees were instructed to inform customers that they only sold Gingerbread Persons.

In 2014, several childcare centers in Australia decided to unilaterally change the lyrics to “Baa Baa Black sheep,” originally penned in 1741 about the wool trade in England. This despite the fact that as Inquisitor noted “exactly zero parents complained — including exactly zero black parents.”  Children will now learn it as “Baa Baa Rainbow Sheep” or as one teacher put it, “other kinds of sheep will be introduced.”  Preschools will also change the line “the little boy who lives down the lane” because it is sexist.

It isn’t just that political correctness is ludicrous. What happens when not wanting to offend becomes fatal?  In November 2009, American Army psychologist Nidal Malik Husan opened fire on a military base killing 13 American citizens.  Army authorities knew about Husan’s violent anti-American rhetoric.  They were also aware of his ties to radical imams, but were afraid to take any action for fear of being accused of engaging in racial profiling.  In other words, the Army brass did not want to be politically incorrect.  This is how absurd and all pervasive the left-wing concept of political correctness has become In America.  The TSA can strip search helpless grandmothers in wheel chairs, but heaven forbid that anyone in the military question a Muslim who appears increasingly radicalized.

Of course it is important to be sensitive to the nuances between us. It is imperative in the melting pot that is America to recognize the differences that people have and be respectful of them.  However, when society moves from respecting each other to either pretending we are the same, taking the differences that exist between us and making them front and center, or always being on tenterhooks for fear of offending someone, then we have crossed the line from being respectful to being ridiculous.  Part of being in a society that exists with all cultures is learning to deal with them as equals.  I would not treat an equal as someone who I would fear could sue me at the drop of a hat.  Being PC is an important trait, however as Marcus Brigstocke wrote it is “just as exploitable as any other progressive ideal.”

1 thought on “Opinion: The Line Between Political Correctness and Meaninglessness”