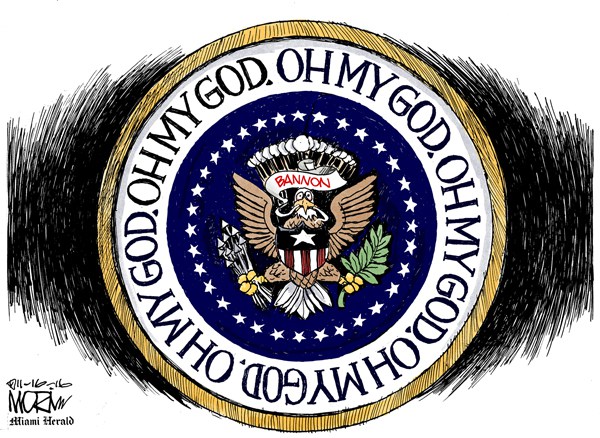 There are three medium to long term options for the victims of large scale displacement: integration, resettlement or voluntary repatriation. Let’s be clear here, according to UNHCR figures, only 1% of those that are displaced will be resettled in a country other than that of first arrival. Practically, this means that if a boat with 100 people arrive claiming refugee status to Greece, for example, only 1 of them will be resettled in a different country like the United States, Germany, Sweden, Canada, etc. The remaining 99 will either stay and integrate in the country they first arrived or will eventually volunteer (or be forced to volunteer) for repatriation.

Speaking exclusively about Syria, we know that since the conflict started almost 6 years ago, at least half of the population has suffered some sort of displacement. That means of the roughly 21.5 million people the World Bank counted as living in Syria in 2010, 5 million are displaced within its territory and almost 5 million more are registered by UNHCR as asylum seekers in other countries. 5 million people – that is more than the population that lives in US cities like San Francisco, Phoenix, and Detroit and that’s only Syria. Not included are the displaced population from Iraq – a country that after years of US invasion, is now suffering a second wave of armed conflict – or Afghanistan. Also not counted are all the people from the Maghreb and Sub-Saharan Africa that are already being persecuted, and have been seeking safe haven for decades, as well as the displacement caused by the conflicts in Ukraine and Myanmar, the war in Yemen and the violence produced by the Taliban in Pakistan, among others.

If we know the scale of people displaced is unprecedented, why is the number of resettlements so low? Because, as the UNHCR explains, resettlement processes are arduous and not even necessarily in the hands of the applicants. Resettling in the US is especially difficult, as John Oliver explained: anyone who has applied for a visa (student, tourist or work) to enter the US knows first-hand how hard, detailed and expository the process is. If you’re requesting resettlement, that screening and scrutiny process grows exponentially.

So, if resettlement is so out of reach for most refugees and asylum seekers, why is the Trump administration being so adamant about the new Executive Order? What is the real danger if so few people are coming and if they have already been so extremely vetted? If the de jure aspect of the permanent ban on Syrian refugee resettlement and 120 days ban for refugee resettlement from other countries only affects the tip of the tip of the iceberg, why is it that big of a deal?

The answer here is that it’s not only about the resettled, the de facto or de jure character of his decree: it’s about power and its rhetoric and semiotics.

Like Hungarian Prime Minister Viktor Orban, Donald Trump built his campaign on, among other things, ostracizing minority and vulnerable populations. He blamed them for endangering the economic and national security of the country on both a macro- and micro- level. This ideology alone may not have won him the election (there were many factors), but now that he is in the White House, it has featured prominently in his first two weeks in the oval office.

The most notorious example is 1930s Germany, but there have been many other moments in history when this has happened: during the past century and what we have walked from this one, the “(Insert Country Here) First” rhetoric fuelled the Serbian incursions in Bosnia and Kosovo, gave us the Rwanda Genocide, the Armenian Genocide, the expulsion of Dominican-born Haitians, and of Jews from different countries. It is also keeping more and more people without a solution to their displacement.

But despite the historical disasters nationalist rhetoric has caused around the world, it is making a comeback and beating the same system the United Nations and the world mostly operate in that was created to avoid another World War and Holocaust. The mechanism the international community had created to protect displaced people and minorities while protecting sovereignty has been threatened. Modern nations-states consider the right to self-determination as paramount, a belief that suggests that in the modern era, national security seems to be incompatible with the human rights of those seeking safe haven. In addition, this rhetoric dehumanizes entire communities, relegating their human rights behind security, despite international pledges countries have made in form of declarations and treaties designed to preserve the international world order.

But sacrificing vulnerable communities in the name of economic gain and security wins elections when circumstances align. And while some, such as Speaker of the House Paul Ryan, pledge to never again allow a Holocaust to happen, they are promoting, legitimizing and supporting a rhetoric from the same line that led to the Final Solution. Indeed, Trump’s Ban on refugees and people from seven countries he considers “a threat to national security” hurt those directly affected by the terrorism the US is at war with. It also harms the state of democracy in the United States by legitimizing violence toward anyone who either belongs to a vulnerable group or looks like they do.

Both in the US and abroad, this could be just the start, or an early end, to a campaign against the othering and ostracizing of minorities and vulnerable populations that don’t fit the semiotic portrayal of what a non-terrorist alien (whatever that means) is supposed to look like, behave as or believe in.

This could be the tipping point that allows the world to respond with the mechanisms already in place, created to avoid a disastrous event such as the one being induced by the inflammatory words and actions from the oval office. This could be our chance as citizens and political leaders to distance ourselves from aiding the White House’s policies and their misguided intentions.

Or this could be just the beginning if we chose to stay quiet and do nothing. If we keep claiming massive displacement is not our responsibility to fix, if we fail to acknowledge the reasons behind undocumented migration, if we feel that since we are not Muslims or Syrians, Iraqis, Yemenis, Somalis, Sudanese or Iranians this has nothing to do with us, if from the comfort of a home so many now lack, we distance ourselves from those who need everything but indifference from us, then this is indeed the beginning of a dangerous time.

Perhaps I cannot stop Donald Trump or Stephen Bannon’s implementation of exclusionary and xenophobic policy that they insist on sugar coating, but I will make it as hard as I can for them to get away with it – and so can you.