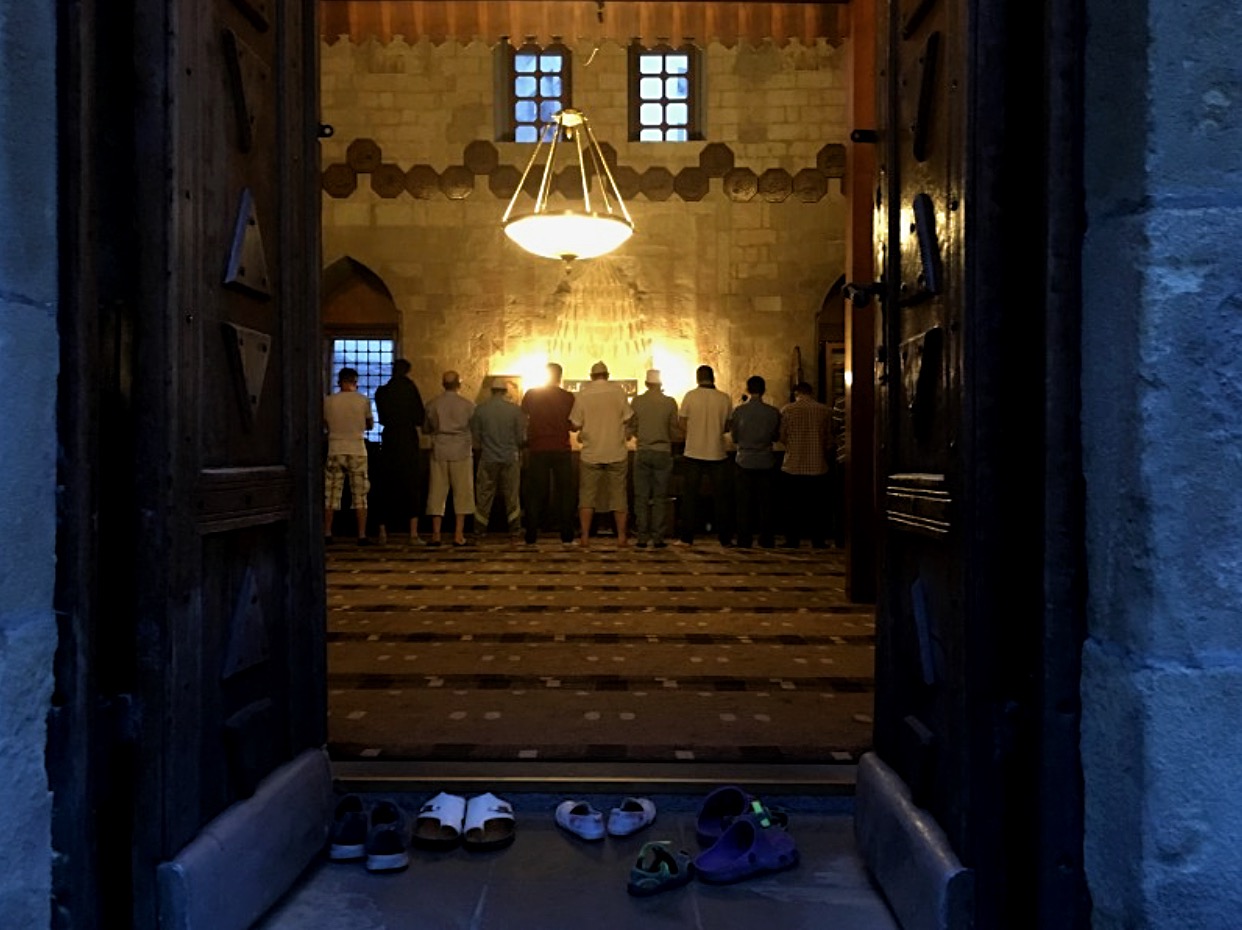 This photo essay focuses on the daily rituals of young, single, male Muslims I encountered across the Balkans. Through their often desperate, attempts to cross the heavily monitored Balkan borders, they simply seek to belong to a society outside of their own country, which many will never return to. The lives of these young men have been fractured due to years of war, and the insecurity faced in their home countries. Many of these men are the only capable bread-winners for families left behind in Afghanistan, Pakistan, Iraq, Bangladesh, Libya or Syria. Their aim is to send back remittances to support parents and siblings; a few leave behind wives and children.

The term “vulnerable populations” as described by the post 2015 development agenda of the United Nations, focuses heavily on “providing opportunities and protecting the rights of women, children and persons with disabilities.” In particular, women and children are being recognized as victims of discrimination and violence in many regions of our planet. These groups also tend to garner more empathy within the Balkan asylum system, increasingly leaving the ‘single male’ phenomenon out of this particular narrative and perhaps neglected in the larger picture. This scenario potentially increases the risk of migrant men becoming lured into human trafficking, prostitution and radicalism.

In general migrants face job insecurities, discrimination due to religious practices, racial profiling and linguistic barriers. Being singled out or perceived as a threat for being young, single, and male adds another layer of exclusion towards a specific percentage of the migrant population. Preference by several countries and international organizations in assessing resettlement procedures for families, couples or unaccompanied minors further complicates the situation, highlighting the vulnerabilities of single men, who form a majority of the migrant population in the Balkans. The situation has been further amplified due to vivid newspaper headlines on mainstream media depicting attacks allegedly conducted by male Muslim/Arab asylum seekers on European women. (Rick Noack The Washington Post July 2016). Such accusations have galvanized various groups across Europe into an anti-refugee or anti-migrant rhetoric. The single, young and male phenomenon has become a security threat where they’re not seen as individuals but as a larger group of potential suspects.

Upon arrival  from New York city, we took the ferry from Pireneus port in Athens to Lesvos. From Lesvos, we traveled to Chios, where we visited Camp Souda. Camp Souda was originally an informal settlement housing several hundred migrants. As we traveled back and forth across several islands, our group walked along the outskirts of the camp, but were barred from entry as we lacked the requisite authorization. On one street, I started a conversation with a few young men who lived in the camp. Not speaking Arabic, the conversation was translated into Spanish by one among them—Mohammad—who offered to be a guide and translator during my visit to the camp. He was a young man from the Western Sahara in The Sahel, who had lived in the Canary Islands for five years. He told me about his family — he has a wife and daughter — his past life, and shared some of the many difficulties he’s faced as a prospective asylum seeker. Since our visit in May 2017, Camp Souda lies empty. The population has been relocated to Vial, another camp located on Chios.

None of the men I spoke to wanted to stay in Chios. Undocumented migrants can be welcomed in countries where their offer of cheap labor is deemed attractive, although as persons they are considered disposable. Migrants work for low wages in factories, restaurants, shopping centers, car washes, farms, etc. In Greece, due to the recent economic challenges facing the country, opportunities for the migrant population are difficult to find. The Afghani and Pakistani men expressed frustration towards the authorities, who favored the Syrian population. A large percentage of the migrants were unable to understand the complexities of the asylum system they were navigating, and simply felt stuck in the Refugee Camps.

Almost all the migrants we met in Turkey, Greece and Serbia carried cell phones – a tangible connection with family and friends back home. Belgrade provides free wi-fi in all the local parks, where groups of asylum seeker men would congregate daily. On occasion, they  would ask me questions about legalities which they couldn’t understand, and wonder if they would ever be able to make their case  directly to officials.

In Serbia I began to form friendships with a group of young male migrants from Afghanistan and Azad Kashmir, Pakistan. I would often visit them in Bajrakali, the only mosque in Belgrade, bringing fruits and small food items to aid them in breaking their Ramadan fast. The men would convene in the mosque, sharing stories, bruises and the latest news from their perilous journeys, colloquially nicknamed ‘the game’.’ The mosque was a place of refuge where they could find companionship, prayer and mutual consultation.

During the last few weeks of my stay in Belgrade, I asked three of my new friends to dwell upon some thoughts which they’d wish to share with the world.

I’m originally from Nangarhar in Afghanistan. From there accompanied by my uncle, we walked to Iran then to Turkey to Bulgaria and finally arrived in Serbia. For one year we crossed jungles, rivers, seas & security guards.”

“I want to tell the world there’s no place like home. I’m here because of all the restraints faced in my country.”

“Respect life and people, you will get respect back. Look deep within yourself to find humanity.”