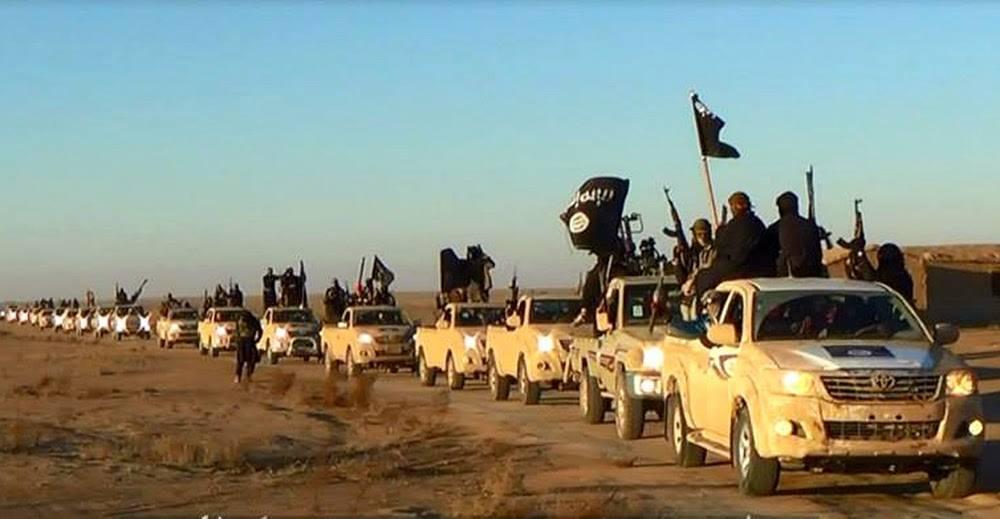 Advances by the group variously know as the Islamic State in Iraq and Sham (ISIS) Islamic State in Iraq and the Levant (ISIL) or simply Islamic State (IS), has generated renewed attention in Western media along with calls for direct American military intervention. Few however have offered any serious strategy that is likely to lead to the actual elimination of ISIS. Support for limited intervention against ISIS may be useful to win political points, but in the long run defeating ISIS will require a political solution to the conflict in Iraq and Syria.

ISIS and the Syrian War Economy

ISIL has emerged as a direct result of the war economy that has grown out of more than four years of conflict in Syria. As Jihad Yagizi wrote in an April 2014 report for the European Council on Foreign Relations:

Significant sectors of the economy now live and thrive off the conflict, creating a growing pool of individuals and groups that have no interest in seeing the conflict end…As new interests and power centres emerge, it is increasingly difficult to imagine a return to the strong, centralised state that existed before the conflict.

In this context, with the benefit of hindsight it was only a matter of time before one of those power centers, benefiting from economies of scale and control over areas of key strategic and economic importance such as oil wells and border crossings, came to dominate areas which the Syrian regime was unable, with its limited military resources, to control.

Some, including Hillary Clinton have argued that had Western governments provided more support to moderate rebel groups such as the Free Syrian Army, they rather than ISIS, would have developed into the dominant opposition force in Syria. This seems extremely unlikely however. Any significant American support for rebel groups would have placed severe constraints on those groups and likely would have decreased their regional credibility. American support would have been unlikely to approach the amounts of money indiscriminately flowing to competing rebel groups from Gulf countries nor would it have stopped other groups from engaging in lucrative war economy activities such as kidnapping and oil sales.

ISIS is likely to have had the additional benefit of both direct and indirect support from the Assad regime which purchased oil from rebel groups and likely exempted ISIS positions from attack because they were fighting other Anti-regime rebel groups with a goal of territorial expansion in uncontrolled areas rather than the overthrow of the regime. It seems likely that Assad viewed ISIS as a less significant threat than the rebels who led the uprising that began the war in 2011. The existence of ISIS which inflicted brutal violence upon the areas they took control over made it easier for Assad to frame all regime opponents as violent terrorists. In recent weeks as ISIS has consolidated its gains and calls have increased in Western for intervention against ISIS, Assad has shifted his messaging to position himself as a potential ally in this battle against terrorism.

In Lebanon this past Spring, I spoke with an academic who commented that it was possible that day to drive from Beirut across the border with Syria and clear through to Iraq without encountering state security. Insecurity in Iraq following the withdrawal of American forces combined with internal competition over territory between Iraqi groups further reduced state security and presented an opportunity for any group with significant military power.

In this environment the Kurds have made major advances, expanding their territory – which has become a bubble of security and good governance in the most violent part of Iraq – beginning direct oil sales through Turkey bypassing Iraqi institutions (against U.S. objections) and functioning as a defacto independent state. The Kurds have long sought independence, and they are unlikely to give up the gains they have made in recent years now that they have come so far.

The ongoing violence has led to mass migration of refugees. Fracturing of the Iraqi state has led a renewed call by Joe Biden for a federal system, along the lines of his 2006 proposal laid out in New York Times op-ed:

The idea, as in Bosnia, is to maintain a united Iraq by decentralizing it, giving each ethno-religious group — Kurd, Sunni Arab and Shiite Arab — room to run its own affairs, while leaving the central government in charge of common interests.

The war in Syria and Iraq is now over nothing less than borders and who will control them. ISIS will not be defeated until there is agreement on these borders and the international community begins working together to secure existing (and in all likelihood new) states in the region rather than backing proxies for geopolitical gain.

It is instability and insecurity fueled by foreign funding that has allowed ISIS to grow into a significant force. The only way to defeat ISIS will be through first restoring stability and security, which in turn requires agreement by the Saudis and Iranians as the primary adversaries to support existing or new leaders and to stop funding parties in the ongoing war. Increasingly the Kurds have come to play a role – they have won control of their piece of the pie and won’t let go of it easily, and the Turks seeking to increase their regional power as well as to defend their Southeastern border, have been drawn in.

The longer this conflict continues, the more competing interests become entrenched, the more likely it is that this will pull in the rest of the world. The international community must address the conflict now, agree on existing or new borders and who should legitimately control them, and work together to restore international peace and security. Nothing short of this will lead to the elimination of ISIS. Half measures such as air strikes are only likely to intensify the conflict rather than  to resolve it.