United Nations Peacekeepers Must Be Held Accountable for Sexual Abuse 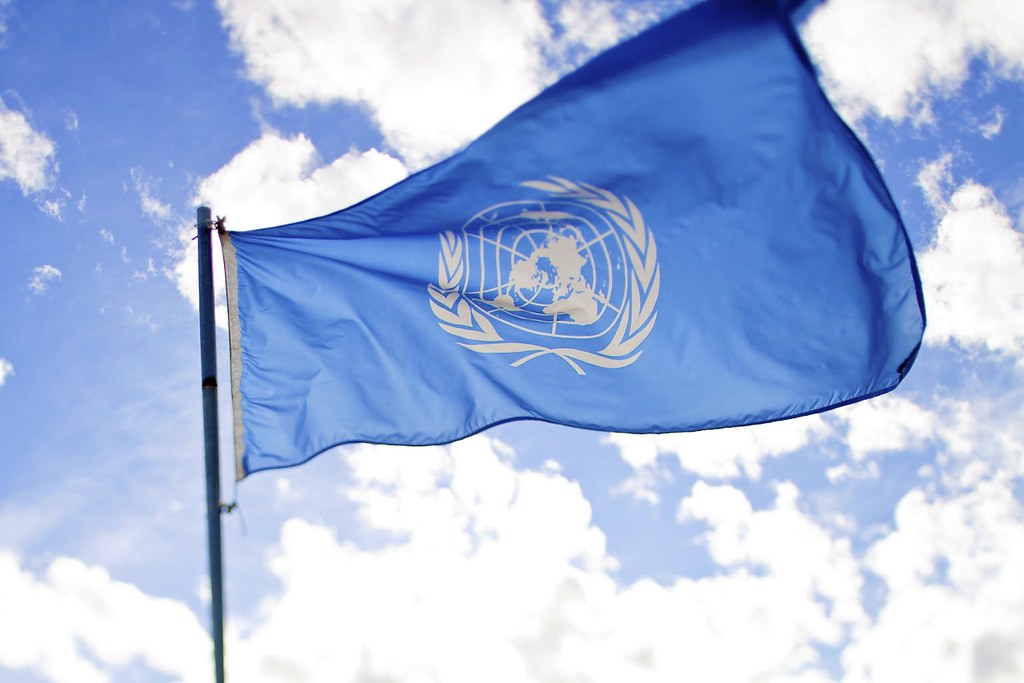 “Every time the interpreter saw me, he said do not be afraid of them…they won’t do anything to you…. he invited me to come by him…he wanted me to have sex with him. I didn’t want to, he forced me. I said NO, NO, NO, NO!… I thought they were coming to provide security for real. When they came, we now see they came to rape people.”

Bora was 11 when she first became a victim of rape perpetrated by a peacekeeper who lured her with food. She became pregnant and a mother when she was a child herself. At age 13, she was raped again by another peacekeeper and became pregnant; a teenage mother of two and not by choice.

Women and children in conflict areas such as the Democratic Republic of Congo (DRC), Central African Republic(CAR), Haiti and other countries have for a long time become victims of sexual abuse and live with the constant threat of being victims of rape and sexual violence, as these acts have been employed by members of armed groups as a war tactic. Children as young as age one have also become victims of sexual violence in DRC and other conflict areas.

However, these days, women and children in conflict areas do not only have to worry about being sexually violated by members of local armed groups, but they also have to worry about being violated by the men in blue helmets. The men who have been mandated by the United Nations and also swore to protect them. While sexual violence is a repugnant phenomenon in general, it is rather abhorring when it is perpetrated by people who are employed and paid to fight crimes these crimes.

In 2004, the first wave of allegations emerged and ever since then, the numbers have kept rising. According to Vice News, UN personnel had been accused of sexual abuse in 14 out of 16 peacekeeping missions (in 2016). Since 2010 till date, the number of allegations against peacekeepers totals 977 cases, with only 197 cases substantiated. The rest remain either pending or unsubstantiated. When a complaint of sexual abuse is filed against a UN personnel, the  UN assesses the situation which includes interviewing the victims to determine if these allegations “have probable cause for investigation” The results of most UN investigations lead to a dead end due to reasons such as insufficient evidence of the allegations and the cases are closed with the staff members “advised accordingly”.  According to Peter Gallo, a peacekeeper was accused of sexual abuse three times by three different people and instead of the UN investigating these cases as a pattern of behavior, they rather opened three different cases and these cases were closed with no repercussions. Also, in cases where allegations cannot be substantiated, due to insufficient evidence or “lack of probable cause”; whatever that means, there are no investigations.

According to Brian Concannon, the UN systematically excludes some complaints from what it reports, and he doubts that even one-tenth of one percent of all the assaults in Haiti led to any negative consequences for the perpetrator. According to him, when a UN non-uniform personnel is found guilty of these crimes, the UN waives his immunity thereby making it possible for the perpetrator to be tried by the country in which the crime was committed but to Brian’s knowledge this has never happened in Haiti since the mission began.

Also, when UN uniform personnel are accused of sexual abuse and the case is substantiated after the UN’s investigations, they are handed over to their original country to be dealt with (which rarely happens) even when they committed the crime while operating under UN jurisdiction.

The UN does not assume the responsibility of punishing perpetrators of sexual abuse who come from different states maybe because of sovereignty. While the sovereignty of individual states needs to be respected, the UN has always come up with excuses to breach sovereignty. The UN’s Responsibility to Protect doctrine has faced several backlashes for abusing state sovereignty. Nevertheless, it has not deterred the United Nations from practicing this doctrine. Why then does sovereignty seem to be a major barrier for the UN and prevents it from making perpetrators face the consequences of their actions? Is this because the number of these cases are not as huge as the numbers in Libya or Yemen? No matter how small the numbers are, sexual violence is a crime against humanity and under no circumstance should it remain with impunity.

While the United Nations cannot be entirely blamed for the individual actions of these peacekeepers, it can however, be blamed for the repercussions that do not happen after these crimes are committed under their jurisdiction.

The UN often expresses how disgusted it is and also emphasize on having a zero-tolerance policy on sexual abuse. This is all true, and? While the sentiments of the UN about these dehumanizing occurrences are appreciated, the UN must do more in responding to these cases as they happen under their jurisdiction. These people are tarnishing the image of UN peacekeeping and the incredible work it has done in the past. Peacekeeping missions are undoubtedly important but at this point, is it even worth paying people to go to these missions just so they can violate the main people they were meant to protect? As Bob Corker said, “If I heard right now that a U.N. peacekeeping mission was going to North Chattanooga today, which is where my wife is, I would be on the first plane out of here to go home and protect her. “I am disgusted by the actions of U.N. peacekeepers that American taxpayers are paying for, and I hope that somehow we’ll figure out a way to reel this in.”

However, to give up peacekeeping will not solve the problem. The mantle lies in the hands of the UN to step up its game and provide justice for victims and deter future crimes from happening. To resonate with Corker, hopefully, the UN will “figure out a way to reel this in” for truly, there is no pain greater than the pain you feel when you’re being abused by the person who swore to protect you!