Where in the World is Flight MH370? 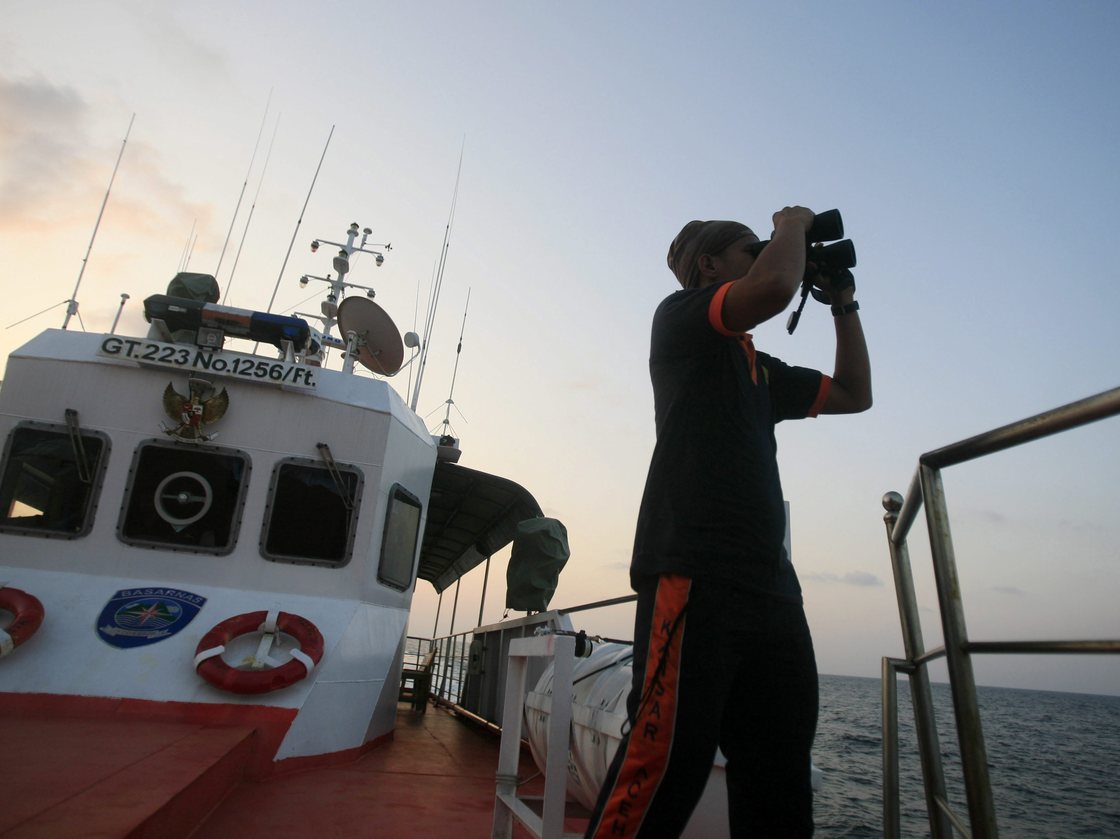 Malaysian Airlines Flight MH370, which departed from Kuala Lumpur, Malaysia, has been missing for more than a week.  The story is starting to seem more like an early episode of LOST, rather than a tragically bizarre incident involving 239 people from 14 different countries.

The flight was scheduled to land in Beijing, but two hours after takeoff, contact was lost. It’s as if the plane disappeared into thin air.  Wild speculation and conspiracy theories have since dominated the media.  New details are emerging that offer clues into what might have happened.  Many first assumed that the Boeing 777-200 crashed somewhere in the China Sea. Suspicions were raised because communication was lost right after signing off with Malaysian air traffic control and just before entering Vietnam’s airspace.  US officials told ABC News they believed the systems were shut down due to “manual intervention.” However, military radar indicates the aircraft flew west, back over the Malaysian peninsula, a maneuver “consistent with deliberate action by someone on the plane.” From there, according to Malaysian Prime Minister Najib Razak, the plane is then believed to have turned northwest toward the Bay of Bengal or southwest toward the Indian Ocean.  Najib also said satellite data shows the plane flew seven more hours after disappearing from radar. The flight made its last satellite communication seven hours and 31 minutes after takeoff, but the plane’s location at the time of final communication is unknown.  This information has expanded the search area to a 5,000-mile space from Kazakhstan to the South Indian Ocean. 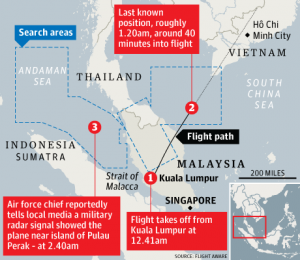 The dialog surrounding the incident has begun taking a different tone, one of criminal allegations, terrorism and hijacking.  Two male passengers of Iranian nationality were learned to have been flying with stolen passports.  Unsurprisingly, this led to speculation into these passengers’ potential involvement.  However, the focus of the investigation shifted on Saturday, eight days after the plane disappeared. Evidence indicates human intervention turned the communication system off and suddenly rerouted the plane’s trajectory.  Authorities have searched the homes of the plane’s pilots, Zaharie Ahmad Shah and Farq Ab Hamid; the rest of the 14-member crew is being investigated as well.

The high levels of international cooperation and information sharing necessary complicates the search exponentially.  The search area spans geographically remote territories and politically complex countries.  US officials scrutinized the Malaysian government for their handling of the crisis, saying the government is  withholding information and making foreign assistance difficult.  Carefully guarded airspaces over India, Pakistan and US installations in Afghanistan are helping narrow down the most probable location of the plane.  Since it is assumed that the plane would have been picked up when entering any of these airspaces, efforts are increasingly on the waters south of India.  US navy ships joined the search party in the Strait of Malacca between the Malaysian Peninsula and Sumatra Island.

If history is any indicator, the answers to this bizzare incident could come within days or within years, if ever.  Flights have disappeared without much warning on several occasions.  An unmarked Boeing 727 took off from Quatro de Fevereiro International Airport in Luanda, Angola, in May 2003 and was never heard from or seen again. More famously, in 2009, Air France Flight 447 mysteriously went down in the Atlantic Ocean en route from Paris to Rio de Janeiro.  Wreckage and bodies were slowly recovered over the course of two weeks, but it took three years to release a complete report about the cause of the crash.  In 1996, conspiracy theories ran wild when a Paris-bound flight exploded over Long Island. Final reports determined defective wiring caused the explosion, however, some theories said the government shot a missile at the plane. Others claimed a meteor hit the plane.

While the fate of the Malaysian Airlines Flight MH370 remains in question, hundreds of families are left with little answers.  Conspiracy theories, speculation and, well, nonsense are likely to continue flooding mainstream media until the plane is found and an investigation is completed.  It’s impossible to estimate how long the search will last. Cmdr. William Marks, the spokesman for the United States Navy Seventh Flee, told the New York Times “…it’s like looking for a person somewhere between New York and California. It’s that big.”