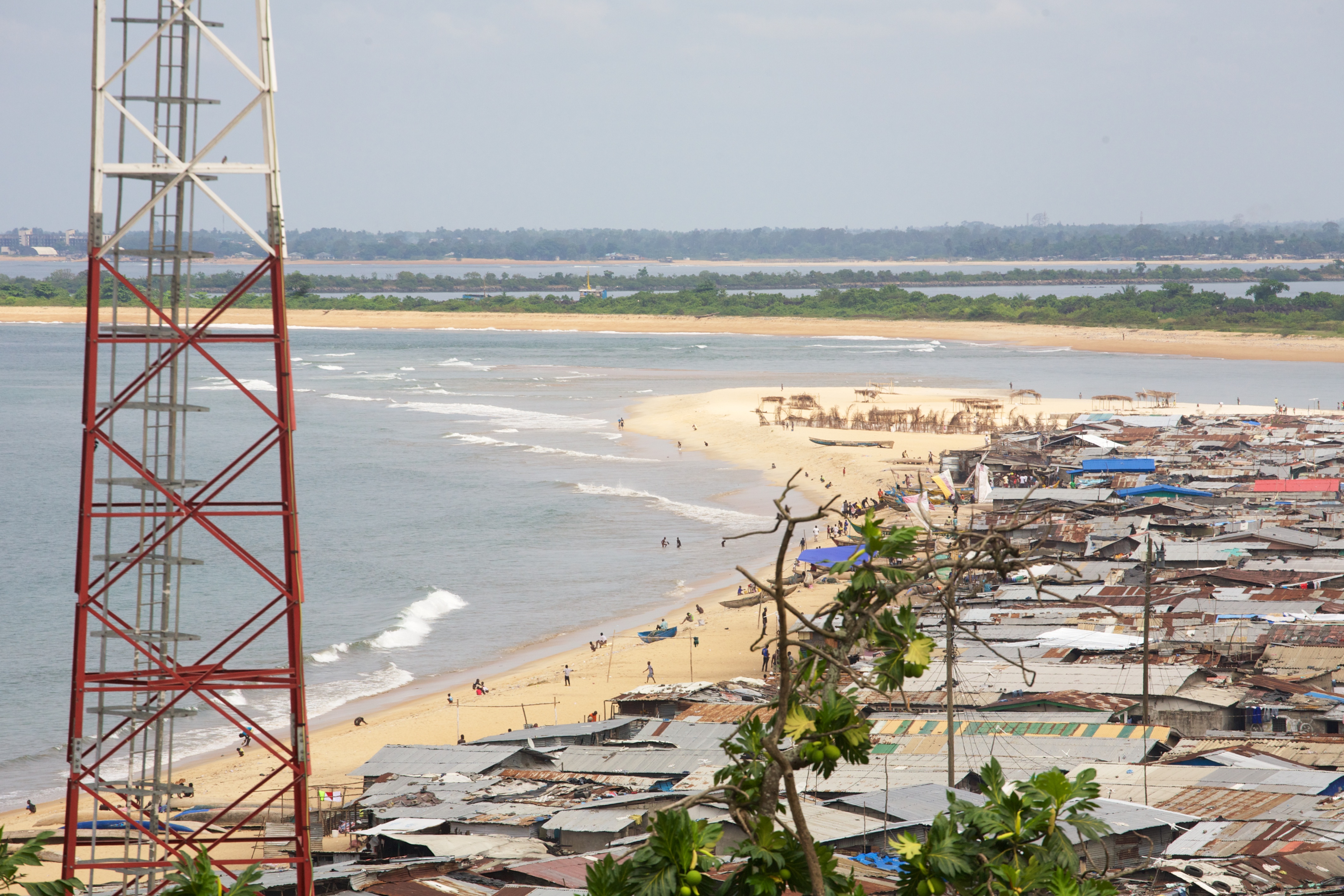 The following post is the second in our mini-series, taken from from graduate student Aaron Leaf’s microblog that documents his field research on Monrovia, Liberia’s post-conflict reconstruction efforts. Aaron was in Monrovia this January, and these posts reflect some of his spontaneous thinking about politics, culture, and the city.

Read Part I here. Find out more about Aaron here.

We’re buying power from our neighbor. They’re hooked up to LEC, the state electricity company, which services a tiny network of buildings in the capital with generator derived power. It’s a pay as you go meter system and we pay the neighbor a little extra to keep us connected. This is actually illegal. People go to jail for it. But since getting connected can take years, it’s somewhat unavoidable in our apartment. Where would a generator even go?

The network between the two buildings takes constant maintenance and since LEC agents have been in the neighborhood lately, the neighbor has been attempting to hide the connection, leaving us without power for many hours day and night.

A feature of living in Liberia is the juxtaposition of cutting edge technology and, well, the opposite. So while we sit in the still darkness I can check inexpensive 4G internet on my phone. Bucket showers come courtesy of a neighborhood teen who is paid to carry large jugs of water from a central depot. To live in a UN grade building with internal water, sewage and electricity systems would cost many more times the price we’re paying. And even then, those systems break.

A friend of mine who works for a government ministry lives in a tiny informal space wedged between two concrete walls in an industrial part of town with his extended family. They’ve got LEC. He’s starting a new internet media venture and we discuss online advertising rates while rolling through Vaitown in his air conditioned jeep.

The great equalizer, it would seem, are the cellphone offices where everyone goes to register a sim card. At the Cellcom office, an Israeli telecom provider that many if not most Liberians use, customers take a number from an electronic system and are ushered into a chair in a cool, well lighted room full of glass cases and screens showing advertisements in French and English with images of prosperous African families. Here laborers in rags, teens with cool hair-dos, Chinese businessmen and old women sit side by side, eyes focused at the number screen.

In the time it takes me to protest to the man at the desk, he has taken my phone, registered my sim card and upsold me an internet connection. I leave feeling embarrassed.