A Prison Among Palm Trees 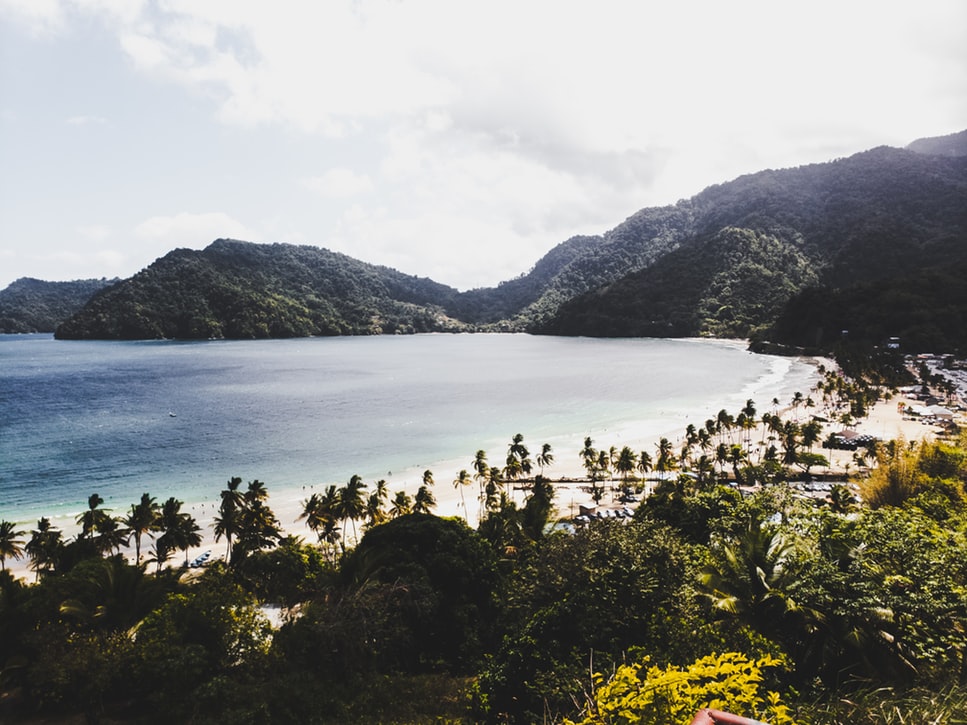 CW: This article contains accounts of human trafficking, sexual assault, and violence against women and children.

On the pristine beaches of Trinidad and Tobago, you can find tourists, fishermen, and camps. Yet, surrounded by the cascading leaves of coconut trees, some of these camps are lacking bonfires. There is no laughter, no soca, drinks, or pots filled with favorite cookup specialities, and that’s because they aren’t for traditional campers. They are human trafficking camps.

The twin island nation of Trinidad and Tobago is located just seven miles from the coast of Venezuela, and has felt the effects of the Venezuelan crisis on multiple fronts. Yet while those in the local and international community debate whether or not fleeing Venezuelans are migrants or refugees, thousands of women and young girls risk their lives to get to the island, only to find themselves slaves to a culture ready to objectify them.

My time in Trinidad opened my eyes to a less picturesque side of the island, poorly lit rum shops with plastered “playboy-esq” photos on the walls, and the waitress, a young Venezuelan who barely looked 19. The men whisper comments to each other, boastingly calling each other out for enjoying the company of “Spanish women.”

I am told about police officers parading around Venezuelan women while on duty, at rum shops, posing with their drinks, guns and girls.

Beyond the surface level misogyny these women face is a much darker story. Venezuelan women are seen as outsiders, as the “other,” as people many can do as they wish with, and then return to their dutiful, Trinidadian, wives and families. They are viewed as sex objects, an image which only fuels the human trafficking rings, the kidnappings, and the domestic abuse of Venezuelan women on the island.

In May 2019, whispers of a camp located on the beaches of Los Iros broke. The alleged human trafficking camp currently holds women and young girls, some witnesses recalling ages as young as eight years old. Locals fear reporting the human-trafficking camp to the authorities, out of concern that the police are involved. They whisper that those who have spoken up have disappeared.

Two Venezuelan shipwrecks revealed 67 Venezuelan women and children were being transported to Trinidad between April and May of 2019, as a part of a human trafficking ring, involving what has been described as high-level authorities, and a known Trinidadian gang leader, Vaughn Mieres, also known as the “Sandman.” It is believed that some of the survivors of the shipwreck where taken with jetski’s to be forced into the human trafficking ring on the island, their prision among palm trees.

These events have gone underway with little to no attention from the international sphere. Trinidad and Tobago’s “Guardian,” and “Insight Crime,” which covers criminal acts in Latin America and the Caribbean, are the only media outlets to report on such events.

The island has more Venezuelan refugees than any other Caribbean nation. With estimates between 40,000 to 60,000, it hosts more than the countries of Bolivia, Uruguay, Paraguay, and Aruba combined. Yet Prime Minister Keith Rowley has stated that the island “will not be turned into a refugee camp,” and the government has even deported numbers of fleeing Venezuelans, back. It is clear that there is little to no attention and protection given to those who end up on the island shores, and that young women and girls are placed at even more of a tremendous risk.

It is crucial that Trinidad and Tobago and other surrounding states are held accountable for the protection of refugees and asylum seekers. Being a woman or a girl places them at even more risk, which should not be the case; and with whispers of police involvement in a Venezuelan human trafficking ring, right on the beaches of the island, it is hard to not question, why hasn’t the government done anything? Better yet, where is the international community, and the United Nations?

The United Nations Refugee Agency’s (UNHCR) involvement in Trinidad has been scarce. It has urged the island nation to extend its newly developed Venezuelan registration process, which currently allows legal asylum seekers employment documents for a one year period. The agency has awknowledged and released statements about the shipwrecks and missing Venezuelan survivors, but has not mentioned anything about those taken into human trafficking rings, or the preemted faith of those on the ships. No statements on the protection and status of Venezuelan women and children have been made. The UN and its member states has an obligation to the Venezualan women and children who have been abused and exploited during their journey for survival. The United Nations and its member states must hold neighboring governments accountable for the protection of vulnerable populations, and must assist local governments with the resources to do so.

Since writing this post the New York Times has published an interview with a 16 year-old Venezuelan survivor of the human trafficking shipwreck that was headed to Trinidad and Tobago. You can view the article here.