The Second Life of Flip Flops 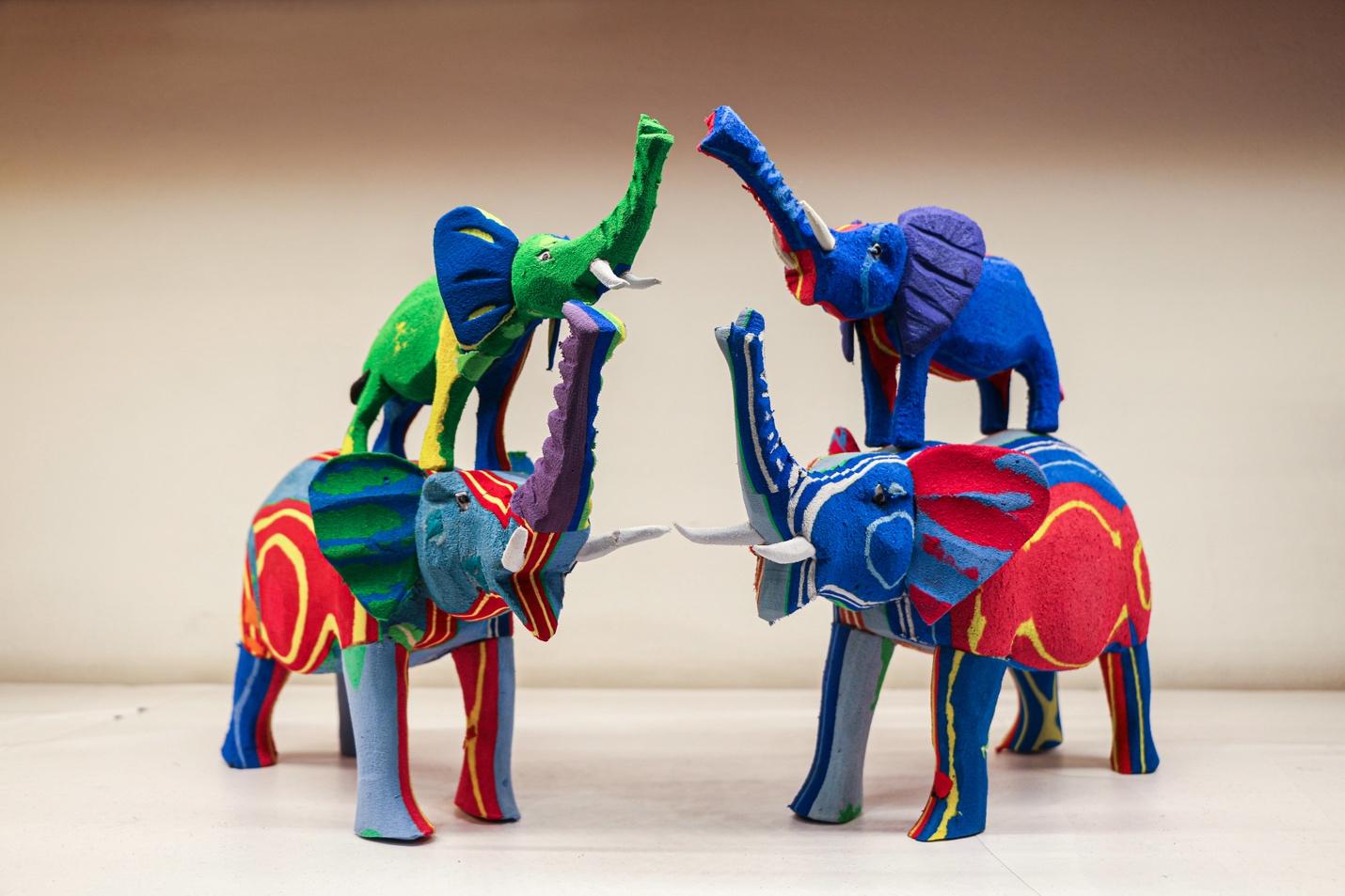 Your flip flop, little does it know, could have a second life as an animal sculpture, after it’s discarded and deemed to be trash.

That is Davis Ndungu’s calling. Ndungu is the founder of Recycled Flip Flops Studio (RFFS), a small Cape Town based studio that exhibits their work in the Watershed, a market with various shops for locally designed crafts.

“I used wood before, I just changed the medium,” says Ndungu, as he explains that his previous carving expertise is what continues to shape his work today. Once he assembles flip flops together into one large block, then “the key is to know how to carve.”

“When I changed the medium, people were like wow, how did you think about that?” says Ndungu. Now, his craft is not only his passion, but is built upon a foundation of creating a positive sustainable impact in the world. Discarded footwear is one of the many enemies of oceans today, and repurposing them into such unique flip flop sculptures gives them a new life. One where such flip flops are no longer pollutants of oceans, but instead bright, new animal sculptures to be admired and played with.

“Some people say this is genius, and I don’t feel that way… it’s just like being obsessed with anything, you continuously do it all the time until you become better,” remarks Ndungu. As his recycled flip flop sculptures have slowly gained more fame, Ndunga has started to receive appraisal. Ndungu emphasized that making these animal sculptures is his passion, and as time has gone by his skills working with flip flops have only gotten better. Even though Ndungu has a studio in the Woodstock neighborhood where he has a few helpers that support with larger projects, many of the crafts are still principally Ndungu’s own pieces from start to finish.

“You know sometimes I do some things, but I like the customers to interpret it themselves”, says Ndungu, as he explains that each individual sees his animal sculptures in a different way. “Sometimes, the person comes and says, ‘you know what we have something like this back home,’” adds Ndungu, as he continues to narrate various occasions where customers have identified his animal sculptures as different animals that he had never heard of before. “And, I say, if that’s what you see, I am happy.”

Ndungu has had large commissions where one animal had to be assembled with at least 800 flip flops, which created a life-sized animal. This project took three months to complete, and it was not an easy task at first. “The lion was a mess. It failed, the work of two weeks [had to be discarded]. It couldn’t stand, we had to change the whole thing,” explains Ndungu. Creating sculptures from flip flops is not always a straightforward process, but Ndungu persevered until a proportional real-life lion made entirely of recycled flip flops came to life.

As Ndungu greets his customers into his shop he adds, “you’re very welcome once you break yours [your flip flops] to bring them to me. So that I can give them another life.”