Creative Expression as an Alternative to Countering Terrorism? 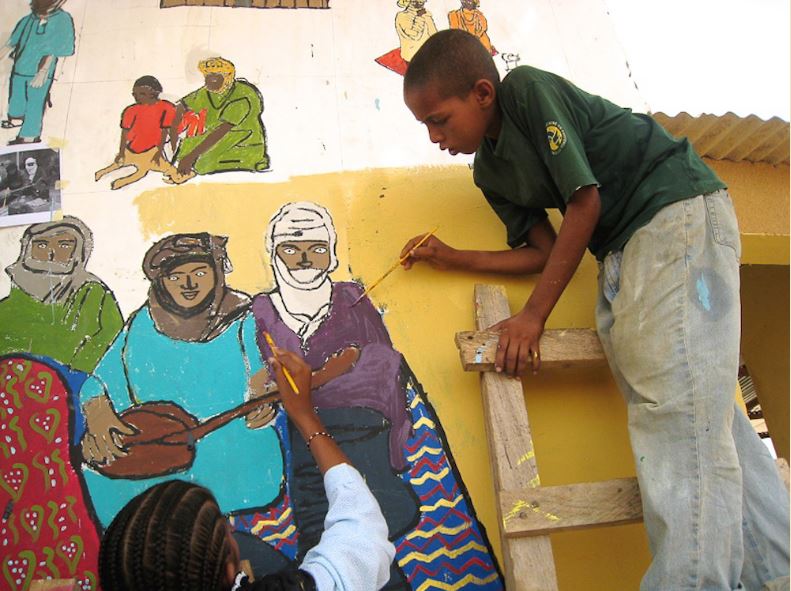 The UN Global-Counter Terrorism Strategy resolution, adopted in 2006, is composed of four pillars. The first calls for measures to address the conditions conducive to the spread of terrorism. As then Secretary General Ban ki-Moon pointed out in his Plan of Action to Prevent Violent Extremism in 2015, this first pillar has not gotten enough attention, while the second pillar, measures to prevent and combat terrorism, has been the most popular.

What should be done to stop terrorism? More specifically what can be done to prevent youth who are disaffected and angry from joining terrorist groups? History shows that our tendency as humans is to fight fire with fire. Terrorism has elicited responses from some of the world’s most powerful nations to respond with heavy military interventions.  In 2012, rebels from the Touareg ethnic group, claimed control of northern Mali, and were subsequently overpowered by their extremist Islamic allies, including Al-Qaida in the Islamic Maghreb. The French intervened, followed by the UN stabilization mission MINUSMA to secure the area and to re-establish state authority. Attacks in the north persist to this day and MINUSMA has become the UN’s deadliest mission, reflecting the dire situation of insecurity on the ground. Tensions and antagonisms in the north don’t seem to be dissipating.

I am a supporter of strategies to prevent the spread of terrorism, and of one overlooked strategy in particular: creative expression.  In 2013, a year after the uprising in northern Mali, I moved to Burkina Faso to teach art in two Malian refugee camps where displaced populations from the conflict were residing.  My work was to implement community art projects that engaged out-of-school adolescents and the general community in discussions on their identified issues of concern: ethnic cohabitation, education, and human rights, and to provide a medium of expression for their dreams and ideas of the future through public murals.

In both of the refugee camps I worked in, the majority of the population were youth and the majority were Touaregs.  The camp was also home to other ethnicities: Peul, Arab, and Songhai who, with varying levels of animosity between them resided in separate sections.  Several things troubled me when I started this work. One of the refugees I worked with who was in his early twenties mentioned he had been born in this camp. He explained that his parents had fled to this same area twenty some odd years ago during another phase of Touareg rebellion and instability in northern Mali.  It highlighted for me that this crisis is anything but new, it is a prolonged and unresolved conflict – the type of conflict that terrorist organizations find roots in. Most of the youth I worked with believed vehemently in the creation of Azawad: a separate state for the Touareg people. They also believed in their superiority to, fear of, and/or anger towards other ethnicities, especially those in southern Mali. These anecdotes paint a picture of the tensions and frustrations in the camp.

Community arts projects are not traditionally regarded as a force of counter terrorism.  Yet, in these two refugee camps, this kind of expressive community-led programming was a positive channel for the frustrations of the youth and community.  Adolescents shared that during the program they built relationships across ethnic lines, that they felt less afraid of the “other,” and more open to individuals of a different ethnic group.  The passionate energy of the adolescents, especially the boys, was channeled into painting a community mural. Like teenagers anywhere, they wanted to express their identity and they were able to do it through public art.  They were extremely proud to express specificities about their culture, including musical traditions and artisanal crafts. One day turned into a painting battle, as different boys climbed up a ladder to repaint the colors of a herd of cattle to resemble their own cows back in Mali.  These “cow wars” reflected how prized cattle are in the Touareg nomadic culture, and that this type of visual expression was engaging.

Some key aspects of peace and reconciliation were at work in these projects:  the ability to imagine and substantiate a new future, listening to each other’s stories and hearing and telling a more complex narrative and understanding of identity, and appreciating each other’s humanity and culture.  These have been identified as important steps by peacebuilding practitioner Dr. Cynthia Cohen. I believe that programs like these are invaluable but unfortunately too small in dosage. Facebook has allowed me to keep up with some of my former students who have returned to  northern Mali. I’m worried when I see photos of some of them posing with AK-47s, their lanky frames draped in bandoliers. They are proud and passionate young men, who have been born into chronic violence and instability. They are angry but they are also sensitive and well-intentioned.  When we think about countering terrorism we need to also think about the softer methods. Promoting cultural expression and community cohesion, especially for the Touareg youth who feel marginalized and alienated can be a valuable tool to achieve progress in peacebuilding. Sustained programming in this area would have a powerful impact.

The UN and its allies in countering terrorism should devote more funds to these softer methods instead of relying on fighting fire with fire.  Work that transforms a situation of potential violence is surely a smarter, more humane and peaceful strategy. Strategies should include more programming in prevention such as ones that can address the needs of youth and programs can that work to transform relationships on a community level that have long been festering antagonism and violence.

Christina Mallie is a SGPIA graduate, alumna of the UNSS, and Project Director and Co-Founder of Colors of Connection.