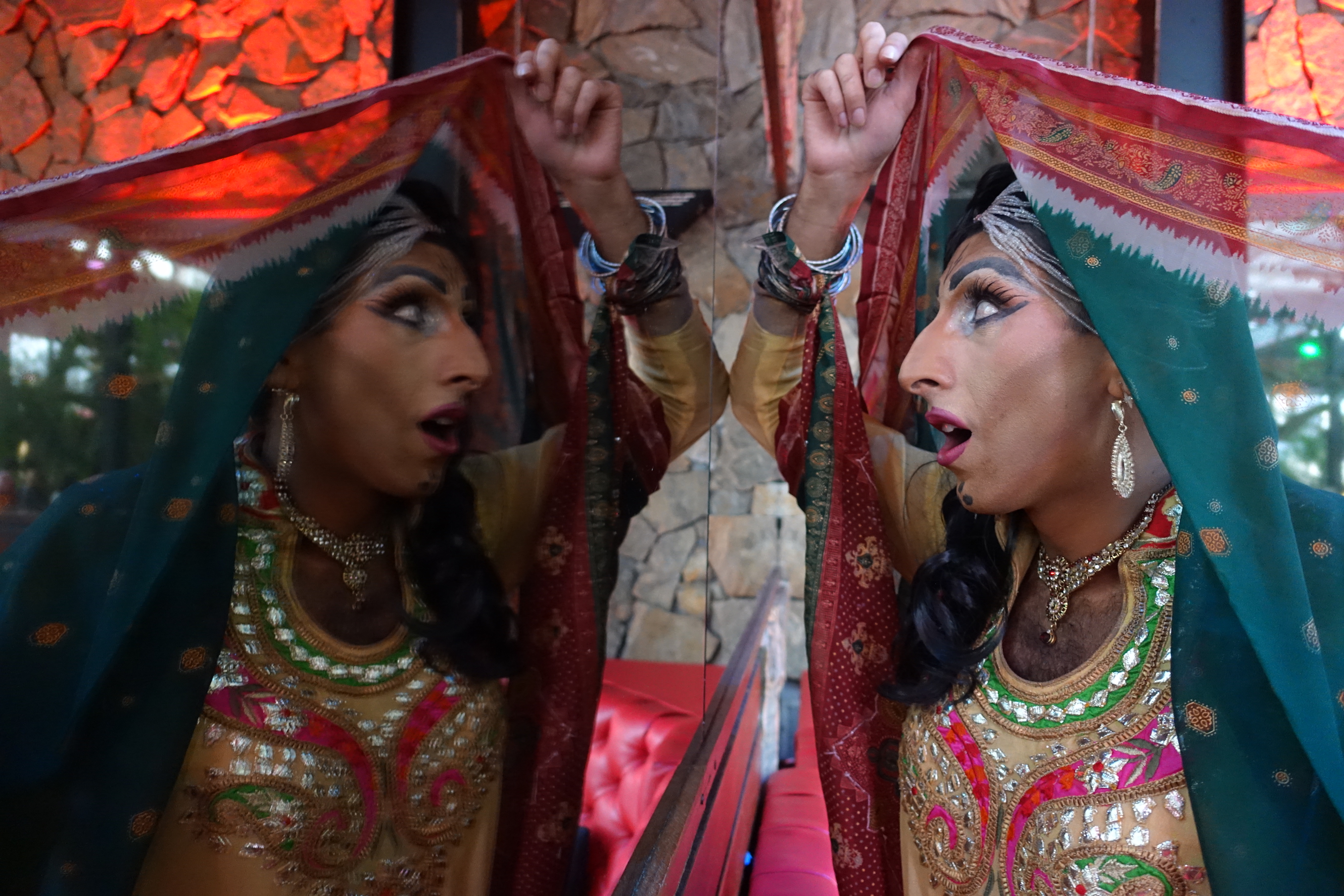 In Professor Glenna Gordon’s International Photojournalism course, students learn to engage with the language of visuals and to think critically about photographs and representations. After looking at both traditional photojournalism methods and new forms of image making, students can choose to create a hands-on photo project in a diaspora community in New York. Shagana Ehamparam chose to focus her project on the South Asian LGBTQ+ community.

“I’ve learned that when you grow up, especially here in North America, you see gays being represented in a certain way and so you have an idea of what it will be like when you finally come out of the closet. You think, ‘okay, I’m going to live this great gay life like I saw all the white gay guys doing on TV or in the movies’. But then you realize you don’t live that life because of the fact you’re a different skin tone makes a big difference.”

Through this essay, photographer Shagana Ehamparam highlights some of the untold stories of the South Asian LGBTIQ community, a group that is often invisible or underrepresented in the mainstream LGBTIQ movement. Although her initial intention was to captures safe spaces created for the community and by the community, her work adapted to reflect the influence of culture and religion in everyday experiences.

These photos were taken between September and December 2017 in New York City and Toronto.