GPIA Conference Preview: What your friends are writing about 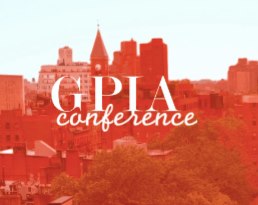 Unveiled or unemployed: The German unveiling policies—an ultimatum between Allah and work?

Unveiled or unemployed—that’s the verdict for many female Muslim public school teachers in Germany. The state-based unveiling policies have been largely discussed through the human rights framework, particularly in the context of the right to freedom of religion, women’s rights and the right to free choice of employment. These three dimensions of the human rights framework have been further tied together by the crucial, over-arching concept of cultural dissociation, which encompasses discussions on the symbolism of the veil, the notion of religious neutrality and secularism. In this article, I explore the human rights discourse by examining the structural discrimination of female Muslim public school teachers in the employment sector on the basis of religion and gender. Through a theoretical analysis, I firstly address the human rights concerns that problematize the unveiling policies and secondly discuss Germany’s federal and international human rights commitments that appear at odds with the structural discrimination that the unveiling policies perpetuate. This article investigates the above through literature on human rights and state-religion relations, legal documents, press releases and interviews.

Cut Flowers: An Inquiry of the Effects of Standardization

This argument seeks to understand the role of standardization in the global cut flower market. It will explore the globalization of the flower market and the advent of neoliberal policies that have pushed this ancient market into the contemporary realm of sustainable development. Sustainable Development is premised on the three components of social, environmental and economic protections. The triple bottom line is the term associated with the three components of sustainable development and it is used to convey how standards and certifications seek to enable the global south out of poverty. The expansion of Fair trade has led some scholars to question their growth and this paper seeks to ask if this growth may be undermining the global flower market.

The global cut flower industry has found itself under scrutinized by international watchdogs, as it is a particularly vulnerable market for labor rights violations and environmental degradations. In reply to these concerns, standard organizations like Fair trade have developed systems for farmers to certify their flowers and commit to the tenets of sustainable development. Also, Fair trade labels tend to be the tip of the iceberg, as there are numerous affiliate organizations that have created a separate value chain in parallel with the conventional cut flower value chain. This argument raises the questions of Is Fair trade driving the market into sustainable development or merely adjusting the status quo? Has standardization marginalized the small- to medium-sized flower farmer within the new paradigm of standardization, thus creating oligopolies of flower producers? And, do certification labels cast a negative stigma on farms that chose not to certify even though they provide a safe, fair-waged and environmentally sound farm?

Addressing Food Security at the Grassroots Level in the context of HIV/AIDS: A Kitchen Garden Program in uMqedandaba, South Africa

The Rural Women’s Movement (RWM) is a nonprofit organization based in KwaZulu Natal, South Africa. RWM has recently launched a food security initiative that is seeking to address chronic and acute hunger in many rural communities throughout the province. In many of these communities the lack of food is compounded by the high prevalence of HIV/AIDS. Without adequate supplies of food, people are not able to tolerate the harsh Anti-retroviral medication needed to maintain their health, leading many patients to abandon their medications with often deadly consequences.

RWM has asked the New School PIA team to assist a group of 80 self-organized home-based caregivers from the rural community of uMqedandaba who have asked for support in creating a kitchen garden program based on the principles of permaculture. Several members of our team will travel to South Africa to research the needs and preferences of the community, assess the agricultural conditions, identify available resources, and evaluate the capacity of the caregivers to implement and maintain the garden program.

Our presentation would focus primarily on the links between food security, HIV/AIDS and home-based care. First we will address the specific nutritional needs of communities with high rates of HIV/AIDS. Additionally, we will explore the findings of our field research and discuss the links between food shortages, the use of ARVs and the impacts on HIV/AIDS patients in the community of uMqedandaba. Finally, we hope to explore the opportunities and challenges of supporting organized grassroots home-based caregivers as a means of fostering holistic and sustainable community development.

In the post-Cold War era, globalization has been a prevailing area of concern for international relations scholars. A considerable amount has been written about this highly contested concept; and, of late, competing schools of thought have emerged. My essay takes up claims of the transformationalist camp of globalization theory, which argues that profound and historically unprecedented changes are occurring that have prompted the reconstituting of state power. Such changes warrant new conceptualizations of a fundamental tenet of political organization: citizenship. Thus, my analysis offers an investigation into how governmental authority has shifted in a global age. I theorize the emergence of cauterized citizenship, wherein national authority is forged through the increased use of state-sanctioned violence and excess populations are branded as criminal. This departs from traditional narratives of citizenship, which fail to account for the significant structural changes globalization has wrought. Utilizing case studies of immigrant laborers and asylum-seekers in New York City and Miami, my research demonstrates how U.S. state authority, though shifting as a result of globally influential forces, has strengthened, not weakened, in the ways it lays claim to physical bodies.

This paper deconstructs assumed notions of “scaling-up” within the context of rural and regional food system development. To do so, I present qualitative field data in order to determine the areas of fragmentation that are a result of regionalization. In addressing areas of fragmentation, I argue, that more resilient and successful food system development mainly, through greater sustained community engagement, is possible. Situated within the discourse of food network development and New Regionalism I make an argument for development efforts, at the local community level, to be viewed and approached as an ongoing process of change. Taking such an approach requires the incorporation of space for deliberation and ongoing civic engagement in decision-making processes in food system development initiatives, demanding true community ownership.

Globalization and Cities: Challenges of the Privatization of State

Even though it is perverse, this riddle-like phrase renders transparent what is not an extreme paradoxical case, but rather an understated standard. In this paper I attempt to explore the challenges the privatization of the state—attributed to globalization—poses on urban governance. I will use articles from Ferguson, Goldman and Roy to outline three ways in which the state has transformed (specifically privatized), deviating from its traditional role. This new scenario that has been produced—or enhanced—by globalization, must be well-understood by contemporary international practitioners, if we aim for a cautioned and respectful professional practice. I will proceed in three parts: the first task is to frame this discussion in the transformationalist view of globalization, as differentiated from both the hyper-globalist and the skeptical thesis explained by Held. This is relevant to understand if the privatization of the state is really new and also to foresee if it is a threat to the sovereignty of North and/or South states. The second and central part of the paper will summarize three modes (which I call “fashions”) of privatization of urban governance as follows: first, the “neoliberal governmentality” described by Ferguson and Gupta, second the “speculative urbanism” exposed by Goldman, and third the “informality form above” denounced by Roy. The final section will point out the challenges this transformation of the state (specifically the privatization of urban governance) poses for contemporary international urban development practice, offering a set of seven cautionary notes.

Recent high growth in Sub Saharan Africa (SSA) has inspired optimism on the region’s prospect toward reaching its development goals. Even during the financial crisis, the region as a whole maintained a 3 percent growth rate, making it the second fastest growing region in the world behind East Asia. Yet despite high growth rates SSA countries still face financing gaps that decrease public investment and resource delivery. In the past decade, literature has emerged identifying SSA as one of the major centers of ‘capital flight’ noting that nearly 40 percent of private SSA wealth is held outside its domestic economies (Collier 2001). Other studies have confirmed that since the 1970s SSA countries have lost $814 billion dollars to capital flight, which exceeds its external liabilities (debt), making the region a net creditor in the rest of the world (Boyce Ndikumana 2008).  This paper explores three main theories used to explain capital flight: the corruption theory arguing that capital flight is the result of corrupt governments hiding illegally gained capital, the portfolio theory arguing that capital flight is the rational decision of actors to invest in stable markets protecting against risk, and the aid connection which claims that increases in aid tend to correlate with increase in capital flight. This paper will shortly describe each theory and then, using qualitative data, test if any correlations between the three theories and capital flight exist. It will end with a discussion of the results and describe their effect on SSA countries reaching their development goals.

Corruption in Venezuela 101: The Basics for Understanding the Phenomenon

For Venezuelans, a conversation about corruption is as normal as eating a reina pepiada. Few can say it has not affected their life in some way, considering how deeply corruption has permeated society. Whether paying off a policeman at a checkpoint just outside of Caracas, or watching socialism-touting Chavistas drive around the 23 de Enero parish in red Hummers, Venezuelans everywhere agree that corruption has become a blatant reality—una realidad descarada. As the most corrupt country in Latin America according to Transparency International’s 2011 Corruption Perception Index, Venezuela houses some of the most boldfaced corruption scandals of the hemisphere, affecting not just the country’s internal affairs but also regional relationships. What has led to this persistent corruption? How has it affected the way Venezuela functions? Why has it continued to the extent that it has? In order for us to begin formulating a dialogue around solutions, we need to understand the complex dynamics of how corruption has taken root in Venezuelan society. We must look at not just the historical components, but also the economic, political and social ones, since again, this is a highly societal issue. Being so, I argue that public complicity must be taken into account just as much as government affairs, since both society and state perpetuate this culture of corruption.

In the last half century, the role of many city governments has shifted from city manager to civic boosters. Public-private partnerships and a focus on growth before social welfare means cities must compete with each other to attract scarce investment dollars.

The discussion about “urban entrepreneurialism” has typically focused on cities in the industrial world, but connections between free-market ideology and governance can also be seen in cities far from centers of power. Post-conflict cities in Africa, for instance—where international institutions often direct what shape local governance takes—are often the sites of very aggressive neoliberal policies.

Ten years ago at the end of the civil war, Monrovia, the capital city of Liberia, saw much of its infrastructure destroyed and its open spaces home to displaced people. Since then, an internationally-funded attempt to restore Monrovia to its former position as a site of commerce and national government has largely failed to bring material improvements to city residents. Instead, large agencies like USAID and the World Bank’s promotion of private public partnerships has resulted in some large-scale failures in energy and waste disposal.