Hanging By A Moment 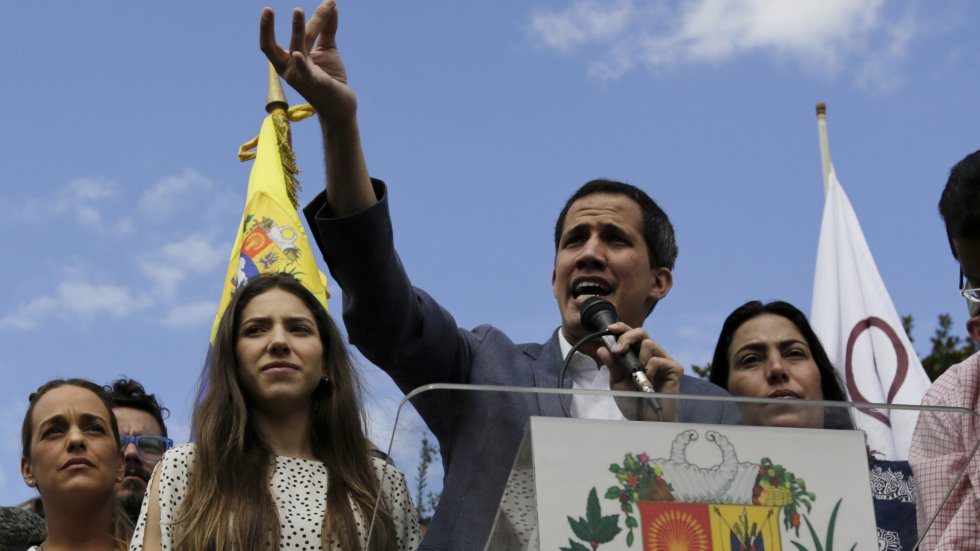 There is new self-proclaimed leadership in Venezuela, already making efforts to reinstate democratic order and bring back global resources through back-channel diplomatic relations with countries that are sanctioning Venezuela. And it’s working.

There is a new political leader in Venezuela, and his name is Juan Guaido. He is the current president of the opposition assembly in the country, and since the end of January, the self-proclaimed president of the entire nation. Thousands of people are rallying in the streets in support of him, while countries like the U.S.  and several major European and Latin American nations back him up as Venezuela’s legitimate leader, creating a checkmate style of pressure on now-President Nicolas Maduro to step down.

Guiado is leading the new growing government in Venezuela, attempting to use democratic efforts to reinstate diplomatic order and bring resources back to the nation by creating new channels of communications between Venezuela and countries opposing aid under government sanctions. Guiado is hard at work repairing relationships with the international community, sustaining his growth in political power and paving the way for future diplomatic relations essential to sustain the legitimacy of his government, and the change the country needs from its current sanctioned state. This is making it challenging for Maduro’s government to compete in the international arena, being the lack of investment and the growing of political sanctions.

Concerning international political sanctions and the suffering of the people caused by the lack of viable global resources that are needed in the country, Maduro’s government has been attacked quite severely by leading nations who provide resources to countries like Venezuela. For example, for more than a decade, the United States had employed sanctions as a policy tool in response to activities of the Venezuelan government and/or individuals that has shaped the geopolitics of the entire nation. Some of these sanctions include almost 100 individuals that are targeted on accusations related to drug trafficking, trafficking in persons, anti-democratic actions, human rights violations, and corruptions that are witnessed under the pressure for Maduro to keep socialism running in Venezuela. Most recently, on January 28, 2019, the Trump Administration announced sanctions on Venezuela’s state-oil company, Petróleos de Venezuela, S.A., or PdVSA.

The opposition towards Maduro’s government has gotten so immense because the constant deterioration of diplomatic ties, his lack of democratic political control, and extreme resource scarcity that has caused instability for millions of Venezuelans. Anything different sounds just about right to the Venezuelan people. Even if it means changes that are coming from a president elected by a democratic assembly, and not by the people. Venezuela has been politically and diplomatically isolated in the past several years as the country descended further into crisis and mismanagement. On the streets, there are reports of people feeling the excitement from what is happening in the country, but not because it is a change of leadership that rises from people’s votes through elections, but because it is a change of leadership that is done through a process of political necessity focused on a political leader that can provide, proven by its international political acceptance.

Last week, the Venezuelan opposition announced its plans to hold an international conference in Washington on February 14 in a bid to attract humanitarian aid to Venezuela. Guaido announced that three centers would be set up for the collection of humanitarian aid — in the Colombian city of Cucuta, in Brazil and at an undisclosed island in the Caribbean, putting international relationships at the center of power for his newly built regime. By collaborating with him on the convoy, Brazilian and Colombian officials acknowledged his legitimacy as an elected official. This power is now being transferred through diplomacy and international relations by creating the necessary channels of support and authority needed for the cooperation with other partners in the world. This is game-changing for Venezuela today, and Maduro should know it!

So in a sense, the newly self-proclaimed opposition is proceeding in two ways. On the one hand, their supporters are on the streets fighting for legal and effective control of the state. And on the other, their leader is  handling effective diplomatic relations by creating and applying the policies needed to put Venezuela’s economy back on the international map.

As a powerful political ideology, El Chavismo has never experienced this sort of opposition before, and Maduro should be scared for what that means. What this overnight “Guaido Opposition” means for Venezuela, and international politics today is that change may, in fact, be around the corner for the country as a socialist state. Soon, people will see change happen because of the need for political and diplomatic channels for communication with the international world and the end to sanctions because of their political casualties under El Chavismo.

That is if it happens.

There is still one crucial missing piece for the opposition to acquire for this tactical diplomatic act to work, and that is to obtain support from the military.