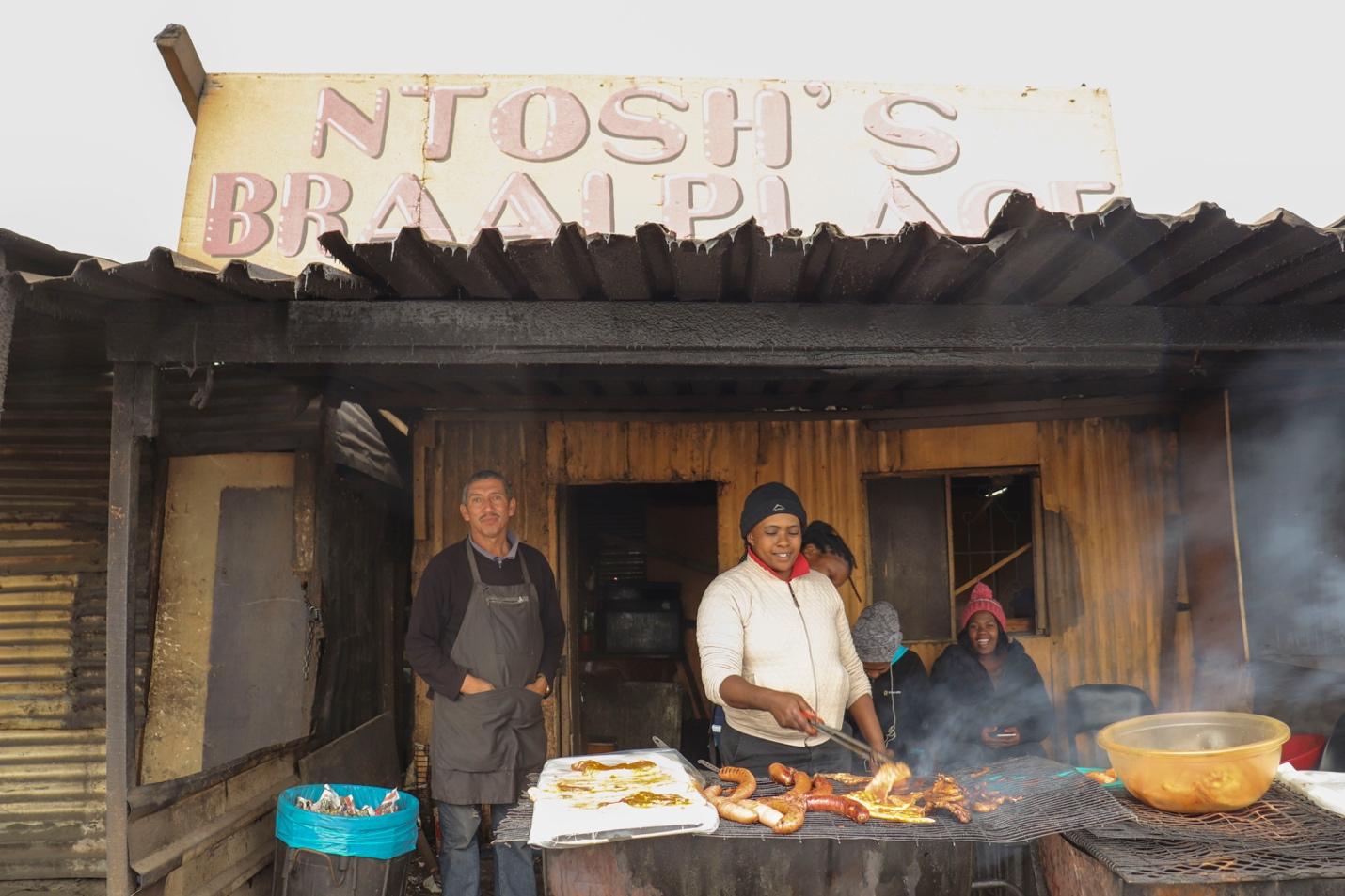 “This is why I pray, because in 4 or 5 years to come I am going to have nothing,” says Nonthombi Letticia Marsh, as she welcomes me into her home in Khayelitsha, and points out the water flooding her home. Nonthombi has been a resident of Khayelitsha, a large informal township in the Western Cape, located on the Cape Flats in the City of Cape Town, for four years now. She says that the situation is getting worse, and the water is now coming into her house unexpectedly.

Nonhtombi being interviewed outside of her home in Khayelitsha.

“When I am not here at home, I am just stressing, because I have children that can get sick at any time,” explains Nonthombi. She expresses that when heavy rains come, the children must stay inside because the roads became perilously flooded. As she continued to point out the furniture most affected by the water flooding, she explained that there was no point in purchasing new furniture because it would be damaged in the next couple of days after it rained.

The flooded road in front of Nonthombi’s house.

“They only change the toilet water once a week,” explained Nonthombi, as she pointed to the communal toilets situated in front of her home. When there are heavy rains, this makes the toilet situation even more cumbersome- both because water on the road blocks the path to get to them, and the odor of the toilet water invades the nearby homes.

One of Nonthombi’s four children sitting in front of their home.

“What keeps me fighting is I can see now where we are”, says Nonthombi, as she explains her involvement with the Vusi Nsuntsha community. Vusi Nsuntsha is a community-led housing development project which has been over twenty years in the making. With the association with South Africa’s Slum Dweller’s International Alliance, it would create subsidized homes for thousands of households currently living in several informal settlements across Cape Town.

Nonthombi (fourth from the left) during a design team meeting, building house models.

“You cannot save alone,” says Nonthombi. One of her largest roles in the Vusi Nsuntsha project is to advocate for the Urban Poor Fund, which enables the community to have a savings scheme. The organization of savings occurs through the Federation of the Urban Poor (also known as FEDUP), which has also placed women at the forefront of creating communities’ savings schemes.

Nonthombi, along with Thami, during a design team meeting.

“I joined Federation because I wanted to leave this flooded place,” explains Nonthombi. Even though she has a local food business to run, she has become an active community member involved in Vusi Nsuntsha’s savings scheme, enumeration workshops, learning exchanges, design meetings, and working team meetings. “Federation houses are different than the RDP ones,” she says. The ‘RDP houses’ refer to those built under the “Reconstruction and Development Programme” run by the government. Nonthombi expresses that since the community is involved in every step through the Federation (FEDUP), from obtaining the land to designing the houses, that the Vusi Nsuntsha houses will not be the same as the government ones.

Nonthombi and her family in front of their home in Khayelitsha.

“Really, we are in a trouble. That’s why I am trying my best for this project,” says Nonthombi, as she expresses her deep commitment to the Vusi Nsuntsha project. For Nonthombi, the new subsidized houses would mean a new home, one where constant flooding would not be a threat to herself and her family anymore.

Interview translation from Isi Xhosa to English made possible with the help of Know Your City TV South Africa youth members.