Mistakes and Misconceptions – My first two weeks in Ethiopia 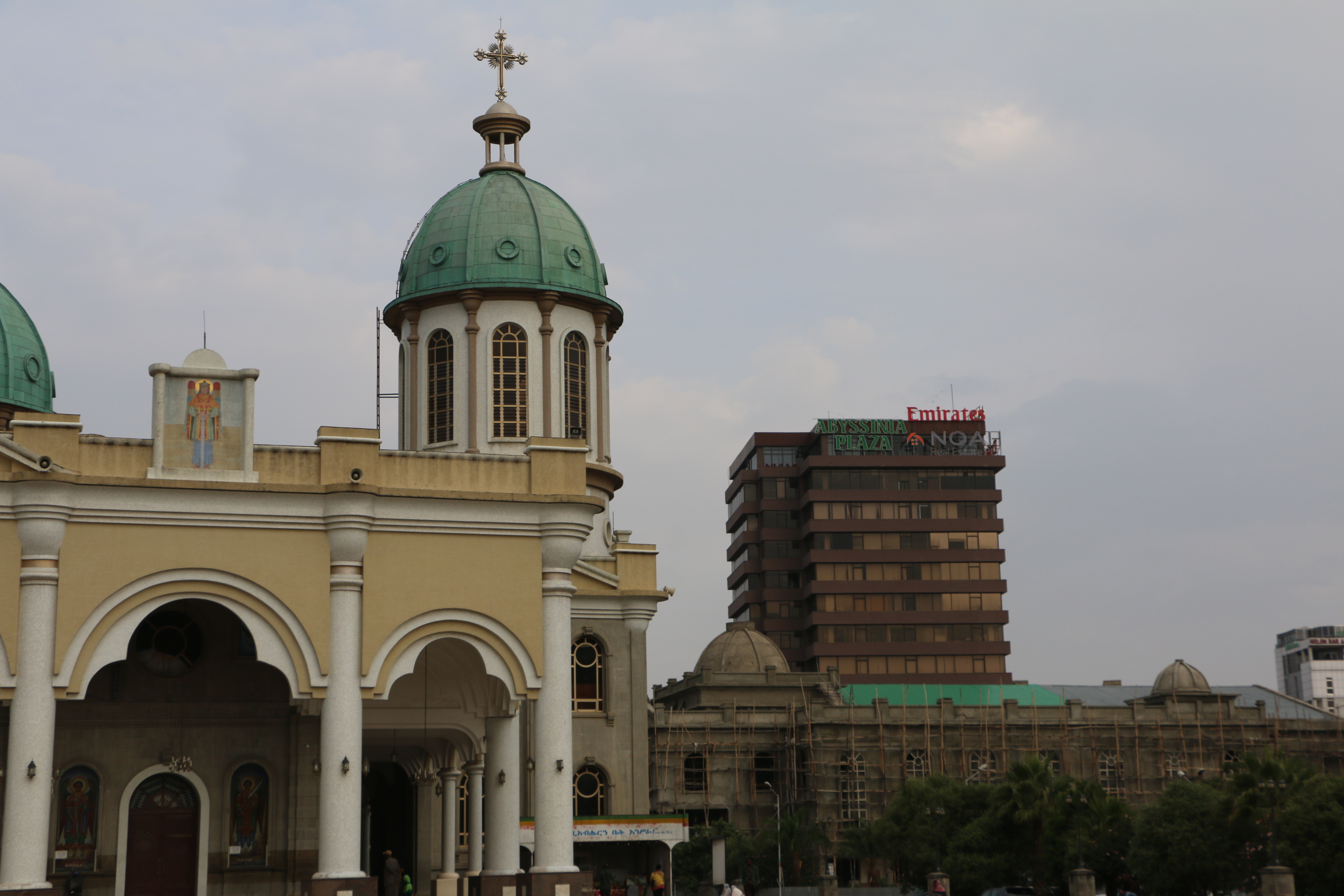 When “Il Duce” invaded Ethiopia in 1941 he allegedly said: “it is time for the Italians to have their place beneath the African sun”. More than 50 years went by. In two weeks here, I haven’t found one person that speaks Italian (without having lived in Italy) and it’s been raining every day in Addis Abeba (or “Addis Ababa”, as you will most likely find in foreign translations).

As I start to write this text, I notice how many parentheses come to mind. How many additions I would like to make, explaining how every subject raised here is more complex than one can write in a short essay – from the climate (it does not rain every day, there is a whole season where it’s dry, in contrast to many other parts of the country…) to the Italian influence (they kicked Italian butts out twice, but calze is the word for socks, people call half-and-half creamer makiatos etc…). Ethiopia, just like any country, has layers of complexity that one cannot understand in the short-span of a life-time – or a summer.

Being here, instead of in the guarded bubble of The New School, makes me question how many times my own research drafts have contained the same elements found in the dictator’s speech: Simplifications of the entire African continent, assumptions of the West’s place in it’s reality and notions of time that do not apply here, among many, many other mistakes.

Even now, out of the laboratory, all I have is a glimpse of reality. It stands right in front of me and I’m still unable to decrypt most of it. My attitude towards my own ignorance fluctuates from Socrates to Whitney Houston, from “All I know is that I know nothing” to “it’s not right, but it’s ok”. I see no other alternative than to admit the informational void years of European-centered education has made in my mind, and try my best to be intellectually honest, in my research and field experience.

I came to Ethiopia to explore the idea of “underdevelopment” and how it affects the local business landscape. If a country’s economic function and further development is contingent on the trust of it’s citizens and participants, how can countries in the periphery of capitalism grow without investment by local people? There is a global mentality that plays against the global South and I wanted to understand how that imaginary affects people here, inside and outside of Addis.

Ethiopia is a country in East Africa that has currently and historically received economic aid and whose international image is frequently linked to hungry children. When a widespread famine hit the country between 1983 and 1985, a song called “Do they know it’s Christmas?” was created and the money capitalized on the campaign promoted by Aid 30 was given to the authoritarian DERG government. Westerns “Mussolined” all over that one, understanding nothing and assuming everything – including the idea that Christmas as we know it is a thing here.

My research hypothesis stated there would be psychosocial barriers to trust in the country’s economy, affecting the way business students and business owners (the country’s theoretical economic thriving force), would invest in local production, or even decide to stay in their place of birth.

What I didn’t account for, was how much Ethiopia’s history and ubiquitous past plays an essential part on the economic perspective of the Ethiopians I interviewed so far. Citing multiple facts that vary from their territory being human-kind’s birthplace (check-out “Lucy” – the first human, not the “Scarlet-Johansson-has-powers” movie) to their resistance to colonization; from them having their own church (the Ethiopian Orthodox-church), to Addis being a center for African political institutions, including the African Union. These are just some of the many factors taken into account when Ethiopians with access to higher-education ask themselves ”Should I stay or should I go?”. Slowly, but effectively, the single-story of poverty-related helplessness gains new, layered, dimensions with every step of this investigation.

At the same time, these insights deepen the questions related to the meaning and trajectory towards “development” in the current stage of capitalism. Is it more than economic growth? Is it to acquire more Western references? Is it having free and general access to good-quality education? – If it is that last one, the United States, the country I chose to live in, is not developed yet.

There is still a lot to unveil, and a lot that I will not unveil at all. The eternal frustration (and bliss) of the researcher is knowing that one leaves with more questions than one had in the beginning. The opportunity to get to know more of what “underdeveloped” means in the words of the citizens of places long neglected and minimized in the global discourse, is a chance to understand – or reject – the sentiment of hopelessness in the global South. Even, how to, maybe, transform it.

Buildings in the midst of construction cover the landscape of Addis Ababa, which means “New Flower” in Amharic. Signs with an architect’s sketch and the name of the Chinese company who is building it stand proudly on the same fragile wall some people have temporarily constructed their house in. It has a number on it. It has families inside. Right next to the construction, sign of progress, sign of infrastructure, there are families who are going to be displaced once the building is finished.

Inside the walls I can hear a rooster, screaming that morning has arrived. In the muddy streets of the capital, of one of the oldest lands occupied by men, I wonder whose “New Flower” it is. What narrative of progress is being sold and how much Ethiopians themselves feel like they are a part of it.

On the same high-way there is a Coca-Cola sign announcing the arrival of the World Cup 2018. I wonder, is that what all this external investment feels like? Something that is happening in the other side of the world and highly-advertised in Ethiopian ground? How many Ethiopians will work inside the building? Will they be a part of it, or just watch on the side-lines, as “progress” parades through their door?

Talking about all this, I sat on the floor of the parking lot of the Medhane Alem Cathedral, talking to an economist about his take on the Chinese endeavor. A priest walks past us, gives my friends their blessing, goes to the ground, picks up a rock and brings it to my feet. As I see his silent act of kindness towards a stranger, I think of New York. Would a man of his social capital do such a thing at home? Maybe. I think of headlines that once shouted “Oh wow!” about one time Keanu Reeves offered his seat to an unknown woman in the Manhattan subway – as if it was an exceptional act of goodness (Larkin, 2011). At this point, I  agree with philosopher Bruno Latour: “We were never really modern, were we?”.

Larkin, Mike. 2011. “What a gentleman! Keanu Reeves gives up his subway seat for a lady”. The Daily Mail.  http://www.dailymail.co.uk/tvshowbiz/article-2072226/Keanu-Reeves-gives-subway-seat-lady.html