On Suffering and Mockery 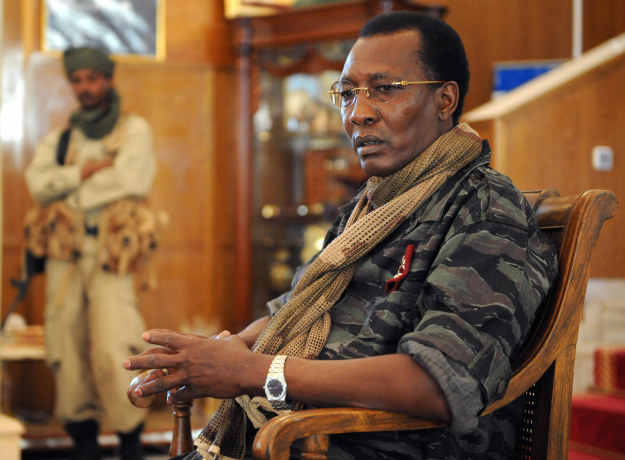 It is was during a recent a discussion in finance class, of all places, that I finally thought through a phenomenon that has increasingly troubled me as of late.  In our analysis of the World Bank’s decision to help finance a $3.7 billion oil pipeline project, with an estimated $1.8 billion total revenue flow to the government of Chad, we examined its various financial, social and environmental risks (WorldBank.org).

Of these risks, our focus fell upon the affably coined “Warlord” risk.  Given a history of political instability and current President Idriss Deby’s predilection for defense spending, the Bank had established a controversial Revenue Management Plan intended to funnel revenue into poverty reduction efforts in the nation, which ranked 173rd in UNDP’s Human Development Index that year (2005).  The Revenue Management Plan was devised to mitigate the political risk associated with the Deby regime, which was noted as the greatest impediment to the project’s goal of poverty alleviation within the largely disenfranchised citizenry.  This considerable challenge is what we termed the “Warlord” risk.

The “Warlord” risk seemed a peculiar concept – an unconventional risk to be counted outside the traditional paradigm of risks.  It was an “other,” and as such generated a great deal of intrigue.  By some measure there was an element of universality, a general idea of a power hungry individual with an insatiable thirst to impose his will on all others.  When given the option of role-playing a stakeholder, most of us chose the “Warlord” and laughed accordingly.  The notion of being a “Warlord” seemed to somehow thrill, and in the roaring laughter that ensued, I felt the strange eeriness of my own silence.  Somehow, I was sure this wasn’t funny at all.

It is a feeling I have experienced quite often recently – each and every time one value-laden developmental index after another proclaims Norway the greatest and Africa the worst.  Of course mortality rates in African country X are drastically higher than the global average, and of course GDP per capita in African country Y is unimaginably low.  It is an all too familiar story, one that no longer surprises or upsets.  It is given, and at times we cannot help but laugh out loud at the unfathomable disparity, at the absurdities of governance which are purported as legitimate manifestations of the common will.  I once laughed too, but somewhere along the way, I began to feel the profound silence of my own voice in the roaring chorus.

Laughter is in part a perplexed reaction to the blatant disregard to liberal tenets we uphold as necessary principles here.  For me, laughter also stemmed from a naïve assumption of empathy– one that never truly existed.  As a child of the continent, I understand the challenges we face.  I have become accustomed to it, and when necessary, I have grinned to bear my particular burdens.  I think of Susan Sontag’s argument in “Regarding the Pain of Others,” where she asserts that perhaps only those in the position to alleviate the suffering of others should gaze upon their suffering.  It is in thinking critically through this assertion that I began disaggregating my own personal identity and lost my voice in the chorus.

As an upper-middle income, well-educated and traveled Ghanaian, I was a false custodian to the narrative that is African suffering.  I have never experienced the injustice of despotism, the insecurity of war, or the grim reality of absolute poverty.  Without engaging Sontag’s assertions on voyeurism, it appears quite clear that there is no condition that permitted laughter at the pain of others.  There is no resilience in my voice, only a disassociated laughter that makes a mockery of struggles that are as foreign to me as they are to my classmates.  In projecting the “Warlord” as a minstrel of unencumbered excess, we produce the space to judge him by his own right.  We find him laughable because we have disconnected him from the chain by which he is joined to and constricts the aspirations of citizens turned subjects.  This is particularly troubling given the violent legacy of colonialism and the continued pillaging of the continent within the contemporary neoliberal global economic order.  What is it exactly that causes us to laugh at the idiosyncrasy that is development in Africa? Is it that the “Warlord” defies our liberal sensibilities, or rather that he maintains our complicity?

To be clear, I believe, as I argued in my undergraduate thesis on Cosmopolitanism – as a theory of governance in a globalized world – that there exists a genuine commitment to alleviate suffering in our world.  We exist within a global community of interdependent fates, where a violation in one part of the world is registered everywhere.  What remains to be determined is the degree to which we can conceive of and be moved to find appropriate remedies.  For those of us who believe ourselves engaged in this endeavor, I suggest we stop laughing and critically think through the horrors of tyranny and the misery that is poverty.