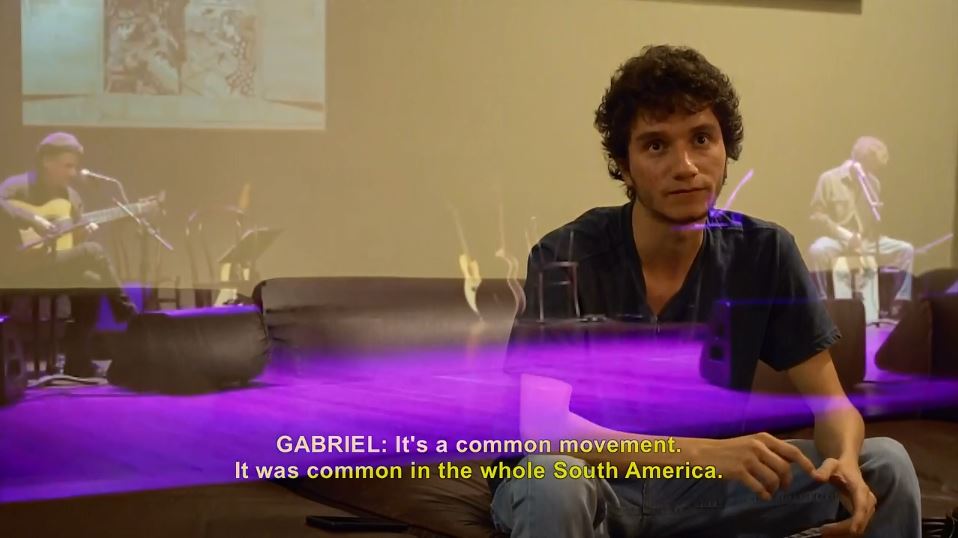 Josh Bombart completed a documentary on political song in South America as his thesis project at the International Affairs Program at The New School. Below, read his description of his project and view the film.

South America has seen much political turmoil in its history. Through its colonial conception, its myriad of oppressive dictatorships, and a plethora of revolutions it is easy to see why a pattern of political instability was able to develop in the region. Social and political movements occurred as a result of oppressive dictatorship. At the heart of these various movements was political song that helped to keep the spirit and morale of these movements alive. In the current day, South America still faces much political instability and music that talks about political and social injustice is still ever present. Political Song in South America is a poetic depiction of the relationship between music and politics. In exploring this relationship, a conversation is had with two emerging young artists and one band. While their music is different, they all are able to voice their political opinions through music. The film is broken down into four themes martyrdom, message, activism, and cultural heritage. Political Song in South America takes you through a visual journey through these themes and is open to interpretation.

Political Song in South America from Josh Bombart on Vimeo.