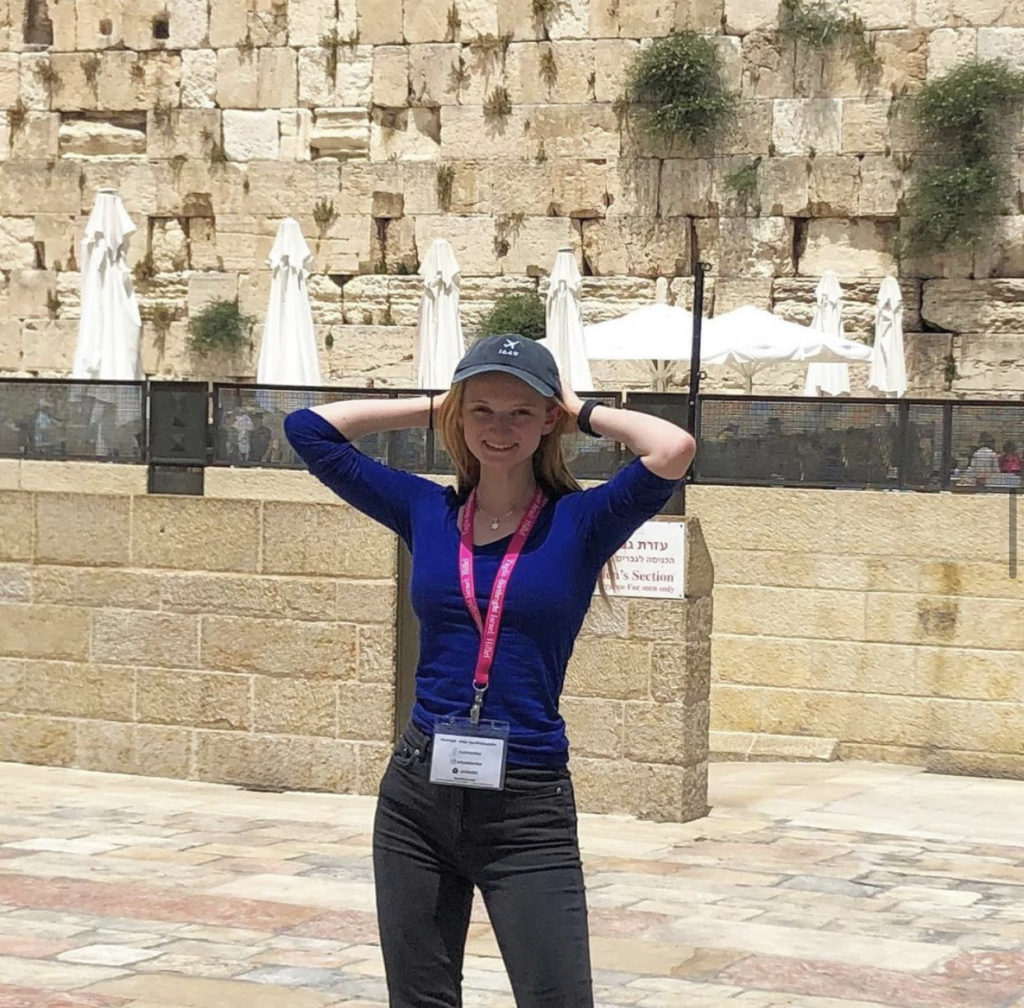 Drawing from her own experience as a young Jewish American on her Birthright trip, Michaela Fleischer shares her reflections on Western imperialism, Israel, and Palestinian oppression.

One year ago, I sacrificed my support of decolonial foreign policy for a free vacation. Birthright Israel, in which groups of about 40 young Jews tour Israeli cities for a taste of life in the Jewish State, exists on the surface as a spiritual journey and bonding opportunity for children of global antisemitism. As a new college student eager to dive head-first into the Israel-Palestine conflict and explore essential global ethical questions, I was disappointed to realize that Birthright Israel was not a form of political fieldwork (as I had mistakenly thought) and featured no deep discussion of Israeli colonialism, but was ultimately a ten-day brainwashing mission to continue the cycle of Western imperialism in the Middle East one young, impressionable Jew at a time. The existence of Birthright Israel serves as a microcosm of the larger global problem surrounding Israel and new generations of global thinkers—that young, secular Jews learn to view Israel solely from the viewpoint of aggressive historic reparations for the Holocaust, and not from the decolonial position of recognizing their own complacency with Western settler colonialism.

Roni Stauber, in his work, “Realpolitik and the Burden of the Past: Israeli Diplomacy and the ‘Other Germany,’” writes that Israeli government officials initially “recognized their historical and moral connection with the memory of the Jewish communities that had been annihilated and with the millions murdered in the wake of the Final Solution,” regarding “Israel as the epitome of the renaissance of the Jewish people.” Likewise, Jewish childhoods feature constant denunciation of the Holocaust and justifications of Israel’s existence like that which Stauber cites, as many Jews view Jewish ethnonationalism as the remedy for global antisemitism. Our knowledge of the current conflict focuses primarily on violence inflicted upon the state by Hezbollah and other Islamic organizations engaging in acts of terrorism. As a globally hated religious minority/ethnicity comprising only 0.2% of the global population, we arguably cannot escape worldwide antisemitism without a Jewish-majority area. A Jewish state, in theory, would protect Jews from a future antisemitic genocide like the Holocaust, and we young Jews learn that Israel serves this purpose. However, we are not taught to think critically (or at all) about Israeli violence and apartheid against Palestinians, which arises solely from Israel’s existence as a Western liberal force within the Middle East.

The ethnic cleansing of Palestinian people in Israel deserves scrutiny by secular American Jews if we are to truly remember the Holocaust and its roots in bigotry. In his book, The Palestine Nakba: Decolonising History, Narrating the Subaltern, Reclaiming the Memory, Nur Masalha discusses the Palestinian perspective on Israeli occupation, citing Israeli sociologist Baruch Kimmerling’s description of “the ‘politicide’ of the Palestinian people [in] the gradual but systematic attempt to cause their annihilation,” which “also epitomized the settler-colonial policies and actions of General Ariel Sharon against the Palestinians.” Israel as an act of modern colonialism shows us that we as Jews have been collectively manipulatable, as our recognition of oppression turned off once we joined hands with the oppressors. Under the pretense of Biblical right to the land, European enablers of this settlement began to rename Arab cities with Hebrew names, reinforcing concepts of the “promised land” and “chosen people” attractive to Jews. Israeli occupation was then justified as a “return” via the citation of religious texts. It was this European manipulation which led Jews to become complacent, and the erasure of Palestine became an existentially hypocritical reverse-Holocaust.

Western realpolitik also motivated this manipulation, as Israel’s strategic position within the Middle East enabled Western nations to use military power to control Arab peoples. In fact, Israeli politics provided the foundation for the practice of UN Peacekeeping. Peacekeeping, which never existed within the original body of the UN Charter, began with the demands of the Israeli government in 1948 for the ad hoc use of force against Palestine. As time progressed, more states invited UN forces into their sovereign borders to solve conflict and the tradition stuck, enabling the UN’s role as a primarily Western-funded military force in global policing. Peacekeeping continuously protected Israel from surrounding Middle Eastern nations, with the creation of UNEF to mediate the recurring conflicts between Egypt and Israel over the Suez Canal and UNDOF to pacify the Golan Heights during Israel’s dispute with Syria over the area. Only with the creation of UNIFIL did UN Peacekeepers use force to remove Israel from southern Lebanon after an unlawful occupation, a retaliatory response to a PLO attack. Ultimately, Israel’s fundamental role in the creation of UN Peacekeepers reveals the true intentions of Western powers: to dominate the Middle East. Israel’s position provides a clever excuse to push a Western agenda and erase Middle Eastern voices within the global playing field.

So, in a world that hates deviant religious minorities but also remains complacent with global imperialism, what is the just, decolonial position of the average American Jew? Although Jewish ethnonationalism may solve the surface-level problem of global systemic antisemitism and act as a just reaction to the Holocaust, it looks past the larger problem of Western world-domination and its broader effects on every global ethnic sect, Jews and Middle Eastern populations alike. As Jews, with current global politics creating the ultimate political stalemate between sects of globally oppressed peoples, it is our job to, at the very least, understand that we are pawns in a Western game of imperial domination.

Michaela Fleischer is a Junior at Barnard College at Columbia University, pursuing a double major in English and Dance with a minor in Political Science, focusing on International Relations. Currently, she serves as an intern with the ECOSOC-advisory NGO, NGO Sustainability, as well as the president of both Columbia Youth for Debate and CU Ballet Ensemble, both focusing on expanding extracurricular education in NYC public schools in high-incarceration areas. Michaela wrote this op-ed in July 2020, as part of GPIA’s UN Summer Study.