The Truth is the First Casualty of War 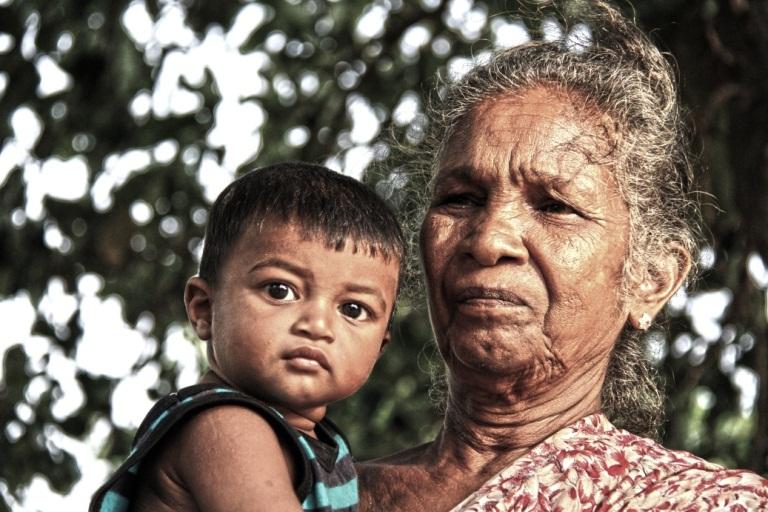 “Children of war,” a term that appears on numerous glossy magazine covers, an intriguing subject for after party discussions, while decorating the white washed walls of elite circles encompasses insurmountable tragedy and violence. War looms large in the South with concentrated agony, while the concentrated capital of the North rules the world. Does this mean that the Global North, headed by the United States, is the culprit of the politically inflicted tragedy of the world; the spectacle of gladiator fights for the rest of the world to entertain and to get back to their cosier lives? While it is partially true, the struggle for power, whether it be state or non-state actors, North or the South  undoubtedly contributes to the violence that negates humanity on a daily basis.

My experience of the Sri Lankan Civil War is a confession. Three decades of war and destruction affected me a very few times, when an over motivated suicide bomber blasts him or herself amidst a crowded street or when the suspenseful sound of the Breaking News places too much emphasis on possible threats to life, creating paranoia.   It is terrifying not to be sure whether you are going to return home when the probability of death is higher than being alive. At the time, I felt like it was too much to endure, and then when the GOSL militarily crushed the LTTE in 2009, I paid a visit to Jaffna the “unseen” territory of my own country not knowing it was war tourism. I stood amidst a ‘swarm’ of reporters who were after juicy stories, buses full of local tourists and trucks full of military personnel. In a nutshell, the curiosity of the South of Sri Lanka was taking over the North.

The IDP camps were prohibited for visitors and my attempts to speak with the ex-combatants of the female suicide squads were turned down by the military. My stay in Jaffna and Kilinochchi in particular with the war affected families completely changed the perception of war and the value of a human life, regardless of the man-made political divisions. Being part of a terrified citizenry I was conditioned into thinking that I will be subjected to years of vengeance by the Tamils of the North, instead the response was the opposite. It shattered the preconceived notions created by the media and the lust to divide of those who are in power about my own people. War and terror has taken away almost everything from the lives of the people in the affected area. Time above all, has passed away from their lives. Their stories of unimaginable loses and atrocities made me a guilty citizen who was pursuing my own goals, while the fellow citizens few hours away from the central Sri Lanka were fighting omnipresent death.

“The LTTE also did wrong. At the end, they took off their uniforms, threw away their cyanide capsules and pretended to be married to civilians. Our people felt sorry for them and helped. If they had not mixed with the people, fewer [civilians] may have died. They lied to people till the end, saying ‘Geneva is coming to help.’ They should have given people the choice [toflee to army-held territory]. We believed they would give us Tamil Eelam [homeland]. I am angry with them. What did we get, by believing them?” – Crisis Group interview, woman survivor, Mullaitivu, June 2016.

The rescued Tamil population was subsequently confined to internment camps. The disarmament, demobilisation and reintegration (DDR) program was a government driven process in closed environments challenging the international community in evaluating the potential of the processes or considering appropriate levels of engagement. The program was claimed to be people centred, flexible, transparent and accountable, nationally owned, integrated and well planned. However, as the absence of war does not necessarily mean peace, those who were affected by war were left to their forgotten worlds. Winning “hearts and minds” certainly will not bring back what is lost.

While the growing nationalism around the world takes the centre stage many more instances of Myanmar, Sri Lanka and Rwanda will take place. Thus, the presence of the United Nations has been critiqued over the years simply due to its failure to address the US hegemony in managing conflicts or addressing the human crisis while R2P has become a tool of “Imperial Humanitarianism”.  However utopian it may sound the United Nations need to restructure itself in order fight the conflict that are stemming from Nationalism. The Tamil population of the North of Sri Lanka were deceived twice. Once by their own struggle for a separate state and then by the GOSL whose military reactions (allegedly) resulted in numerous civilian casualties. Even though my war experience is relatively low, belonging to “children of war” I felt that I was deceived by those who seek political power and the media that reinforces the idea of the threat from “the other”. The United Nations on the other hand appears to be a doomed failure given the tragedies of both parties of the civil war were dehumanizing and ICC’s investigation into the use of child soldiers and the case against then GOSL against war crimes has also not been concluded.

The saying, “keep your friends close, and your enemies closer” is appropriate to  know who is deceiving the general public and as long as the United Nations is involved in peace, ‘Revenge’ will [ is] be marinated in nationalism and served cold with a hint of hypocrisy  to the entire world on an a la carte menu.