The United Nations Celebrates Day of the Girl Child 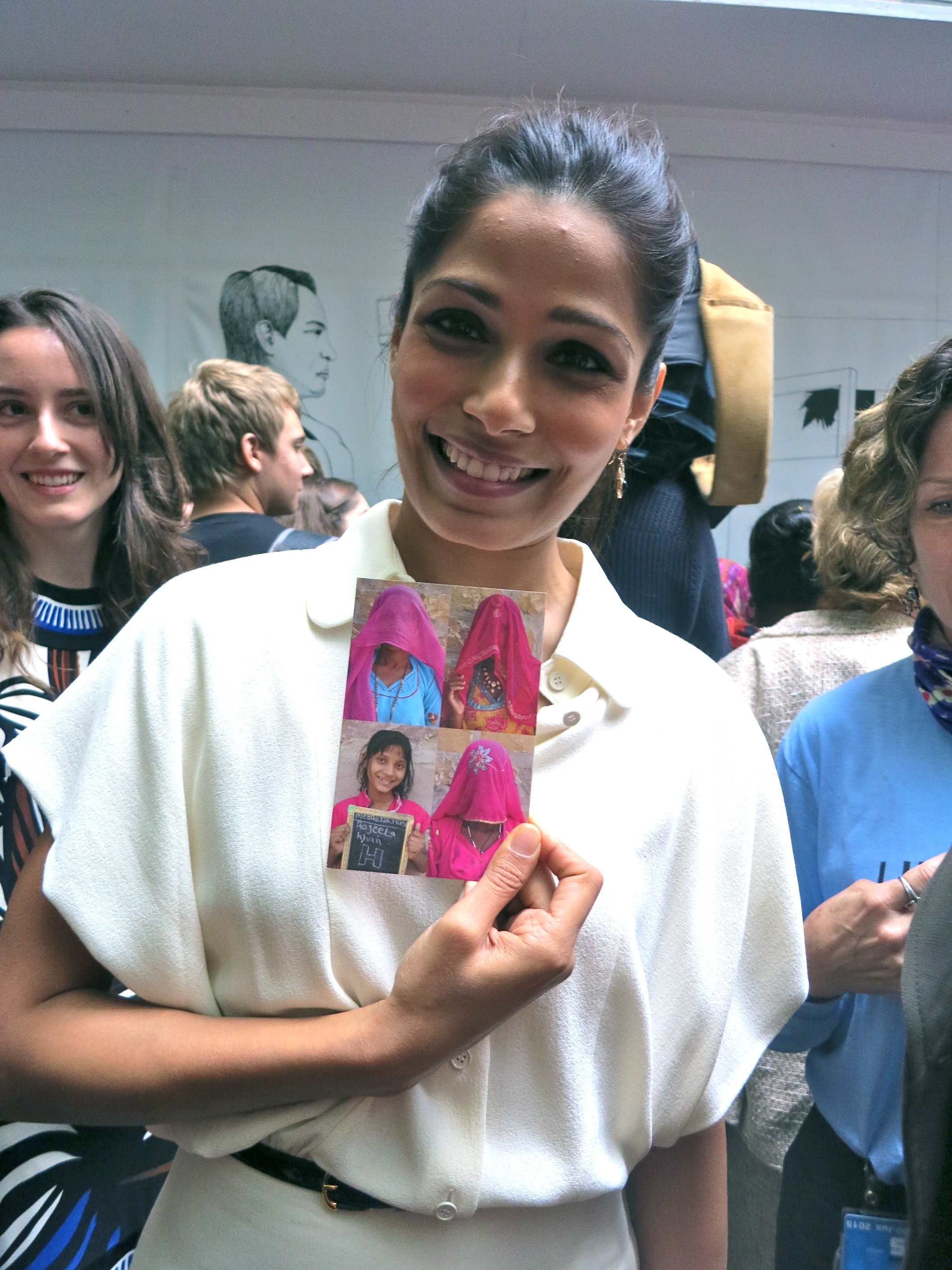 As a feminist international affairs graduate student, female empowerment and education equality are the nearest and dearest issues to my heart, so it was fitting that my first visit to the United Nations was for the Day of the Girl Child celebration. In 2011, the UN declared October 11th the international day to commemorate girls’ human rights and the inequalities they face. This year’s theme was “Educate to Innovate,” focusing on girls’ access to education, which remains an ongoing battle in parts of the world. As we all continue to bear witness,  the Taliban’s war on Malala Yousafzai and female education serves as a reminder of the persistent obstacles.

I attended UNICEF’s panel discussion “Erasing Barriers to Girls’ Education” with Folk Arts Rajasthan (FAR), a non-profit I have been volunteering with since June. Education and girl power are at the heart of FAR’s work with the Merasi community of folk musicians and oral genealogists in Jaisalmer, Rajasthan in western India. Because of caste exclusion, the children who participate in Merasi School programs are the first in their families to read and write. The Merasi are traditionally known as Manganiyar, meaning “beggar”. At FAR, every day is about empowerment: all of our scholarship students are ambitious girls with big plans for their futures.

We were eager to hear the Day of the Girl speeches, and they did not disappoint.  An amazing group of female entrepreneurs encouraged the rising generation of girls to become innovators and change agents, particularly in the fields of science and technology. The several male speakers, including Nigel Chapman, the Chief Executive Officer of Plan International, demonstrated staunch support. Chapman gave a lovely speech promoting children’s rights and espoused education’s ability to bring knowledge, power, and happiness to young girls, stating that “there is no genie, we have to affect change,” to make the world a better place.

Reshma Saujani, founder of Girls Who Code, expressed the importance of encouraging young female students who are interested in math and computer science. Saujani envisions powerful female role models girls can look up to and say, “they’re just like me!”

Tulsi, a 16-year old Because I am a Girl (BIAAG) Global Youth Ambassador from Nepal, took the stage next to discuss working with girls in hostels in Nepal, highlighting the plight of girls who are forced to experience lives with harsh realities. Her speech was touching and it was clear that Tulsi embodies the type of role model Saujani was referring to. Hearing from her quickly made me realize that the Day of the Girl Child event would’ve benefited from more input from actual girls like Tulsi.

The most exciting and anticipated speaker (who was also the reason why I was nearly mowed down by photographers) was actress Freida Pinto, of Slumdog Millionaire fame. Pinto gave a short but memorable speech recalling her own childhood growing up in Mumbai, where she witnessed girls begging on the streets instead of sitting in classrooms reading books. At the end of the discussion, she led everyone outside to the UNICEF courtyard, where a huge fresco, sponsored by Plan International, displayed an image of children factory workers. Everyone was handed an eraser and together we erased the image to reveal one more meaningful: girls sitting at desks with books.

In order to turn this image into a reality, everyone—men and women, teenagers, as well as boys and girls—will have to work together. Freida Pinto said it best: “Because we stand side by side we are not going to have a progressive world if only women or men succeed.” It will take a village—and a whole world—to raise not only girl children, but all children. Let’s continue to erase barriers until we are all standing side by side, or better yet, we are all sitting side by side with our books.

Meredith O’Connell is a graduate student studying international affairs at The New School.