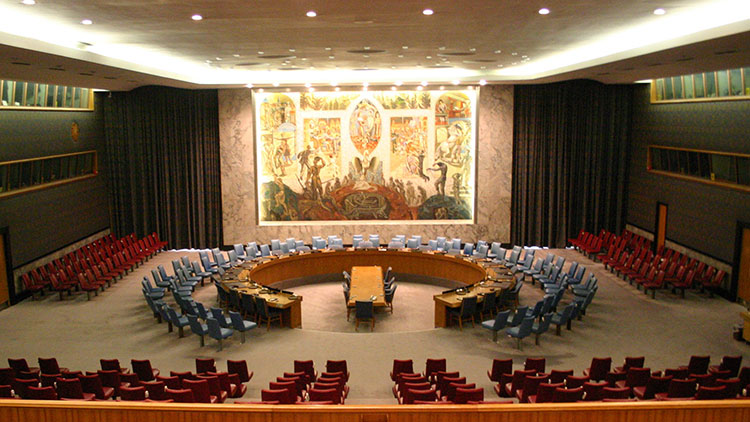 In September 2015, 150 member states of the United Nations came together to decide new strategies and goals to help confront the issues of poverty, wellbeing and the environment. The culmination of this event was the adoption of The Sustainable Development Goals. The Sustainable Development Goals, or SDGs, are a set of 17 goals broken down into 169 targets. The ambitious intent of the SDG’s is laudable. The idea of eradicating poverty and hunger, ensuring the wellbeing of all, protecting the environment and addressing climate change should inspire hope that finally, the world is ready to address the issues which have contributed to human misery. One aspect of the SDG’s that puts all others, in my opinion, into context is that of addressing inequality.  I applaud the United Nations for confronting the root of many ills of society, however, I find it disconcerting that the UN is advising on the reduction of an issue that they themselves perpetuate.

The structure of the United Nations is steeped in inequality. The UN was organized in order to assure peace and security by way of maintaining the dominance of the great nations. The Permanent Security Council members, or the P5, those who hold the power of the veto or can authorize an intervention, are Great Britain, Russia, China, France and the United States. However, history has shown us that those who are responsible for preventing wars, which undermine peace and security, have themselves been the cause of a great many. While the structure of the United Nations has deterred warfare directly between the most powerful nations in the world, they have not been able to prevent their striving to maintain the status quo in other nations by way of proxy wars. The Cold War between the U.S. and Russia (at that time the U.S.S.R.) was fought on the battlefields of Vietnam, Korea, Cambodia, Cuba, Ethiopia, Chile, Nicaragua, and Afghanistan just to name a few. These wars have led to such destruction that some of these states are still struggling to rebuild. Other historically detrimental practices may also be attributed to the P5, for example: theft of resources by way of colonialism. France, the U.S. and the U.K, have been particularly responsible for voids of resources, as well as divisive colonial state structures. And China? China has notoriously censored citizens who show dissatisfaction with the government; in addition to jailing dissenters and cutting off means of communication with the outside world.

Why is this important?  These few illustrations portray the inability of the United Nations to rein in powerful countries who violate international laws. Within the existing power structures, there are no repercussions if a P5 nation’s actions do not align with the UN charter or resolutions. Countries such as Iran, Cuba, North Korea, and South Africa during apartheid, have been subject to UN sanctions due to their policies and behaviors.  The P5 states have not. Rules that regulate warfare and human rights are discriminatory in practice if they cannot be applied universally. The countries which make up the Security Council are in essence above the law due to their power. What is this but a version of inequality?

Inequality is the aftermath of power dynamics carried out to their logical end. It exists when those in power supersede the needs of others to attain their own goals.Often the goals of proponents of inequitable practices are money or wealth retention. In fact, issues of inequality create many of the circumstances the Sustainable Development Goals seek to eradicate such as poverty, hunger, and access to education, which are borne of monetary discriminatory practices and other customs related to power concentration. Conflicts, wars, and uprisings which result in loss of life, are often started by those seeking to gain equitable rights or to support the suppression of rights.

As a platform for advocacy, the United Nations has succeeded in bringing the issues surrounding inequality to the forefront of the minds of civil society, NGO’s and States. But as a leader in implementation of equality, it has so many structural and procedural inadequacies that it cannot truly be taken seriously. For how can the UN advise on something that it, in effect, cannot do?

The United Nations is an idealistic entity which must function under realistic structures.   It was established by countries in power who understood that to maintain peace and security, states must cooperate with one another under a unified code of law.  Ironically, laws that countries of great power sought to establish are the ones that they themselves continue to flout.  Inequality will continue to flourish under the leadership of the United Nations as the UN has not conquered its own inequalities. The structural inefficiencies of the United Nations only serve to reaffirm a world in which those in power exist in a vacuum devoid of consequences. If real change is to occur, it must start with the full cooperation and participation of the Security Council. This means that within their borders, as well as in their policies and their practices, inequality must be combated.  Until then, inequality reduction will remain severely limited and be relegated to ideas contained in the words, “what if.”